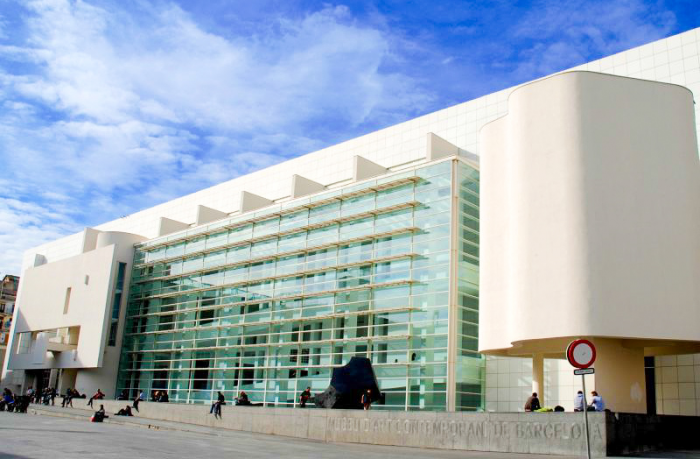 The Museum of Contemporary Art of Barcelona, otherwise known as MACBA was declared as a museum of national interest by the council in 2005, in the same official declaration document the Picasso Museum. The building is located in the Raval District of the city with its artwork displaying a high focus on the second half of the 20th century with a clear aim being to inform and educate visitors.

The museum was born from the idea of the writer and art critic Alexandre Cirici-Pellicer as well as a group of fellow critics and artists. These people took their inspiration from the MoMa Museum in New York. However, after very little exposure from trials at other locations, the idea was scrapped because the works were simply too controversial within the Franco Regime that had a lock on the country at the time (1963). The project was a failure.

Years later, and with Franco long gone, in 1985 the local government of Barcelona and the City Council decided to recover Cirici-Pellicer's idea and opened a project at Casa de la Caridad. This time it was a success, so a new building was built by the American architect Richard Meier. The project matured by 1987 with the creation of the "Museum of Contemporary Art Foundation", a private organization, but the museum's official opening wouldn't be ready until 1995.

The MACBA building is built up of various forms, mainly prisms and cylinders, and has a surface area of 14,300 square metres. The building itself is a work of art, with Richard Meier, the architect having exhibits of his works in various museums, including MoMa, NY; the very museum that inspired MACBA. The contemporary building is attached to the idea of rationalist principles in its design. It is has been designed to maximize the use of natural light.

There are various spaces within the building available for rent, like the gothic chapel, the atrium, the hall, various classrooms, the terrance, and the auditorium. It's located on the Plaça dels Angels, in a vibrant and youthful part of the city that's well connected with the city centre.

The aim of MACBA is the demonstrate multiple viewpoints on contemporary art and create a space for the public to enjoy through educational programs and constant innovation. Therefore there are various activities, classes, research projects, and publications at MACBA. There is even an exhibition designed specifically for blind visitors in mind. In general the museum is among those with the best access for people with mobile impairments and visual impairments.

Along with this objective to inform and create debate, the museum also strives to conserve art. MACBA is home to more than 5000 pieces from the 50s to the present day that come from organizations and private donations. The works are by artists from around the world, especially South America, Arabian Nations, and Eastern Europe.

Abstract, pop culture, figurative, minimalist... They're just some of the artistic styles you can find at MACBA, all spread across a variety of mediums including paintings, sculptures, and photography amongst others.

Other attractions in Rambla - Raval