History of the Columbus Monument 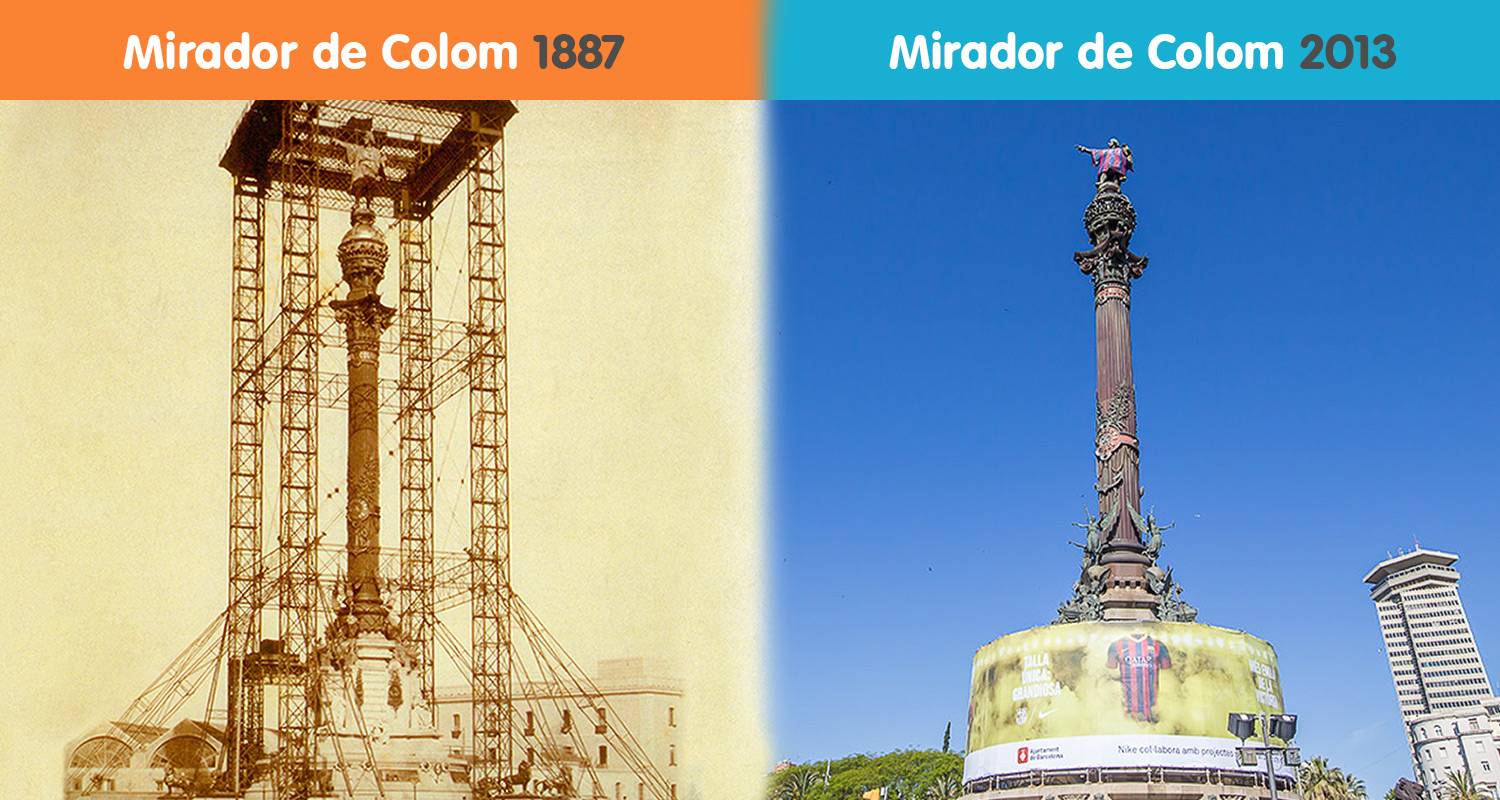 A statue of history's most known explorer

Barcelona is known for its number of tourist attractions, where artists like Gaudí and Miró have left their footprints, for example Casa Batlló and La Dona i Ocell respectively. The city also remembers Christopher Columbus, a definitive discoverer of the Americas in 1492 who returned with riches through conquest. The monument is found at the end of Las Ramblas, Barcelona's most famous avenue. You can go up to the top of the monument in a lift which allows you to take photos of beautiful views over the city.

Why is there a monument to Columbus in Barcelona?

Columbus was born in the mid-15th century and many presume him to be from Genoa, Italy. However, some historians even go as far as to offer proof that he was in fact born in Catalonia. That's perhaps one of the reasons a statue dedicated to the man is placed here in Barcelona.

During the 15th century, Europe conducted trade with Asia and with India in particular. Troubling times in the middle east made the usual eastern routes dangerous. Columbus had the idea to travel to the Indies by sailing west across the Atlantic Ocean instead. When Columbus reached land, he first thought that he was indeed in India, which is why he called the native population "Indios" or Indians.

Despite his success from an commercial and explorational standpoint, many historians today argue columbus was also responsible for a lot of suffering for the Native Americans through slavery and brutal pillaging of valuables from the day he arrived. Reducing populations like the Taino from 250,000 to a couple of hundred.

The monument was created in time for the 1888 for the Universal Exhibition, most likely to highlight an achievement of Spain in funding his expeditions - a different time - and perhaps it would not have been built today... Though perhaps it would, as however you see it, Columbus changed the face of history and the world as we knew it.

A statue in his image

As you walk down las Ramblas towards the sea, you will end up at the feet of a 60 metre tall statue called the Columbus monument. It is as it says - a monument built in the image of Columbus during his first trip to America.

At the top of the monument is a large statue of Columbus. People say that he is pointing to America, but that of course is not true. He is actually pointing south-east. If you extend his arm with a straight line you will end up in the city of Constantine in Algeria. The true point however - yes, pun intended - is that he is signaling in the direction of the sea.

The idea to build the Columbus monument came from Antoni Fages i Ferrer in 1856. He proposed also that it should be constructed by Catalans only. It took him 16 years to convince the city's mayor and finally in 1872 he won the mayor's support. In 1881 a resolution was passed to build the monument. In a contest Spanish artists could submit their designs, but it was the Catalan artist Gaietà Buigas i Monravà who won. In 1882 the construction began and the monument was completed in 1888, just in time for the Universal Exposition of Barcelona.

Many people still don't know that it is possible to take a small elevator to an observation platform at the top. From there you have a fantastic view over the harbor, the Gothic area and Montjuïc.