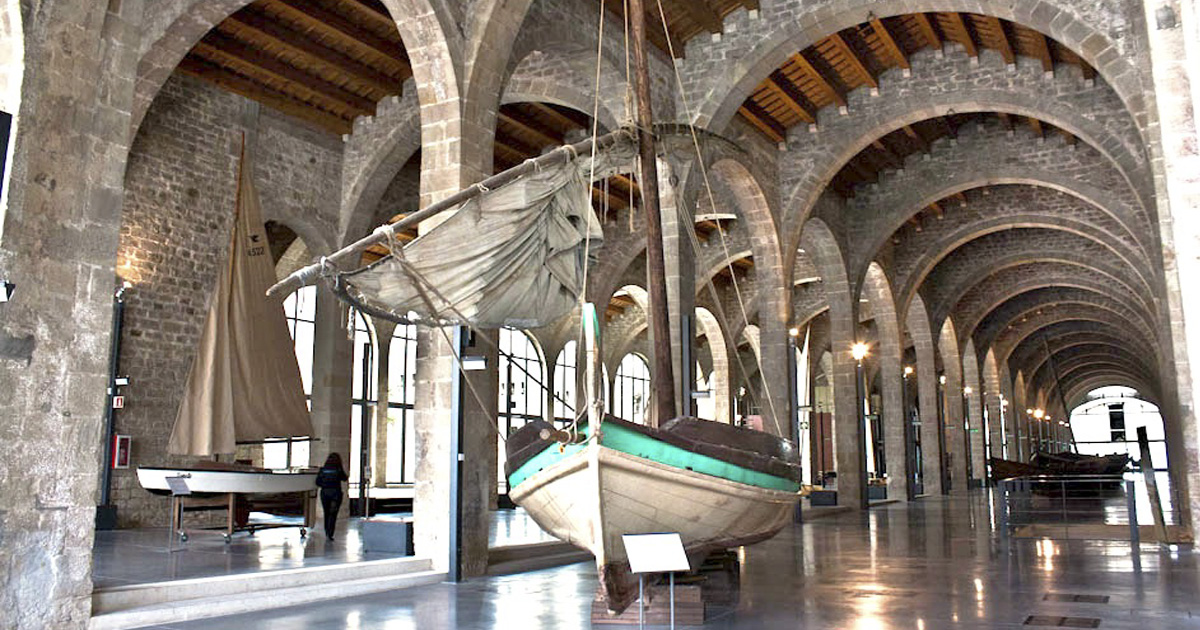 Along the Maritime promenade of the city and at the feet of Montjuïc is the Maritime Museum of Barcelona, ​​covering years of history and legends of the sea. Among temporary exhibitions and historic vessels, you will literally be immersed in the maritime history of the city. 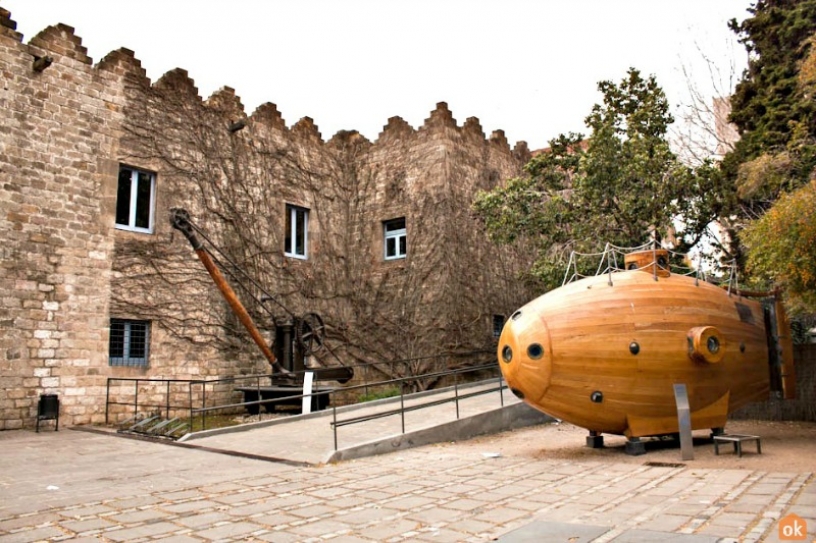 The sea in a museum

A short walk from the harbour and promenade; this fantastic museum is completely dedicated to the city's sea culture. Its aim is to preserve and publicize the maritime heritage of the country and preserve its history for future generations. You can find historical buildings, exhibitions, archived pictures, and maps. It's a trip back in time, discovering a world unknown to many.

The museum is located inside the Royal Dockyards (known in Catalan as Les Drassanes Reials de Barcelona). For many it is a building that's still barely known, but it is in fact one of the most iconic buildings along the promenade of the city and, above all, one of the most important places associated with shipbuilding in Europe, as it has more than 700 years of history. 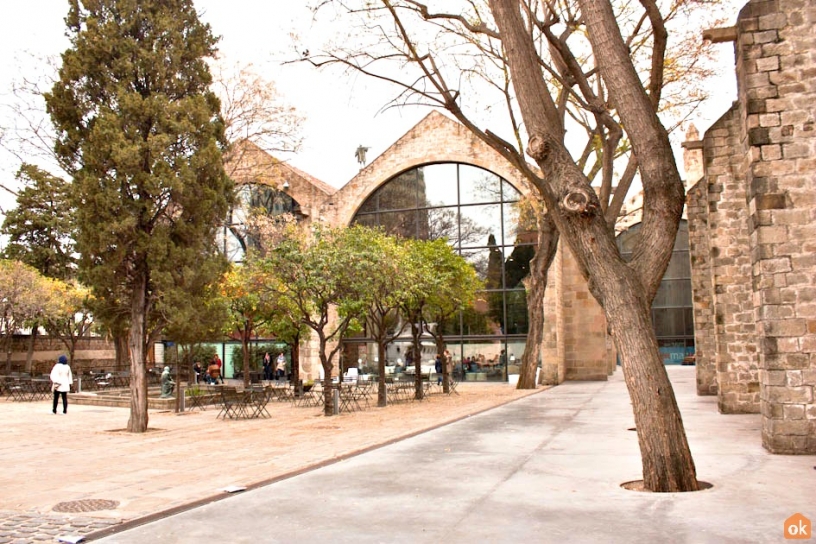 Construction on the Drassanes began at the end of the 13th century under orders of King of Aragon and Count of Barcelona Peter II to make an enclosure outside of the walls, protected by four towers and a single opening toward the sea to facilitate the construction of a fleet during the military expansion of Catalonia and Aragon. Boats were built, maintained, and repaired here. Galley slave ships, commercial ships, and war galleys, the latter of which formed a fleet that was considered to be the most powerful of its time.

The structure is in the classic Catalan Gothic style and despite maintaining the same Gothic structure for centuries, the building has undergone many changes regarding practical issues that slowly transformed the architectural aspects. The objective was to create a wide workspace fit for industrial use. One of the last major renovation took place in 1723, where the two central corridors were united to make one large one that could enable larger vessels to be built.

One of the biggest boats built dates to 1568 and is the Royal Galley that was used during the Battle of Lepanto in 1571. Today, in this museum you can see a reconstruction. 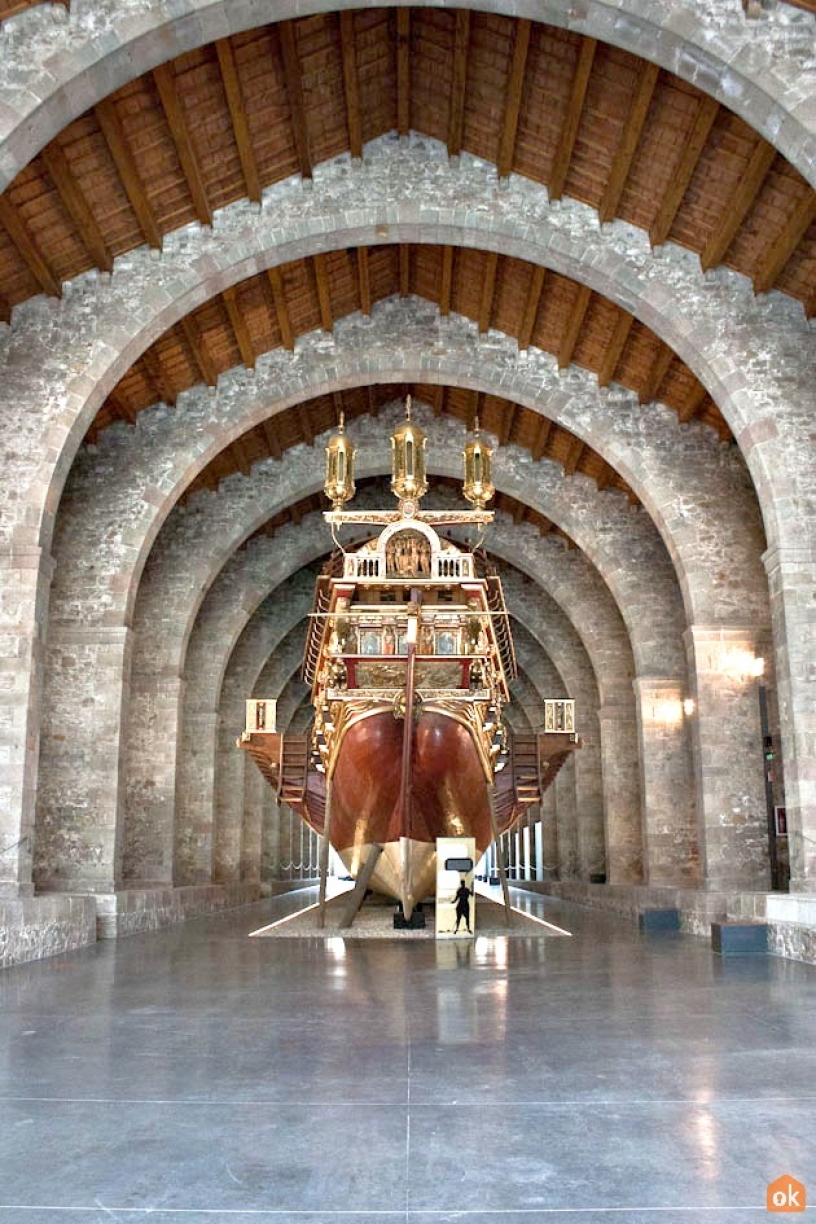 If you'd like to see all the photos of the museum, take a look at our Pinterest page.

The use of building as arsenal continued until the first half of 18th century. Later the building was used mainly for military purposes , building weapons and artillery tools, until 1935 when the army gave back to the city management over the place. In 1936, despite the outbreak of the civil war, the Maritime Museum was "introduced" as part of the structure. From that moment, the old arsenal became a space dedicated to maritime culture.

After a complete renovation in 1941, the museum opened to the public. In 1976 "The Drassanes Reials" were declared to be a Historic and Artistic Monument due to its historical importance in shipbuilding, and in 2006 they were declared as a Museum of National Interest. Currently, the property is managed by an organization called the Consortium of Royal Shipyards and Maritime Museum of Barcelona, formed by the city council of Barcelona, Barcelona Provincial Council, and the Port Authority of Barcelona.

As mentioned above, over the centuries, the building has undergone several changes: the original campus was protected by four towers and today only two remain; Torre de Levante y la Torre de Poniente. Other architectural elements have not been conserved, including for example the King's stronghold, which disappeared with the opening of Avinguda Paral·lel. However, the port of Santa Madrona has remained.

The structure today is a modern and majestic space, yet still manages to keep defining Gothic architectural features. It is an exceptional space to admire the reconstructions of historic ships and numerous boats of different sizes across the permanent and temporary exhibitions. 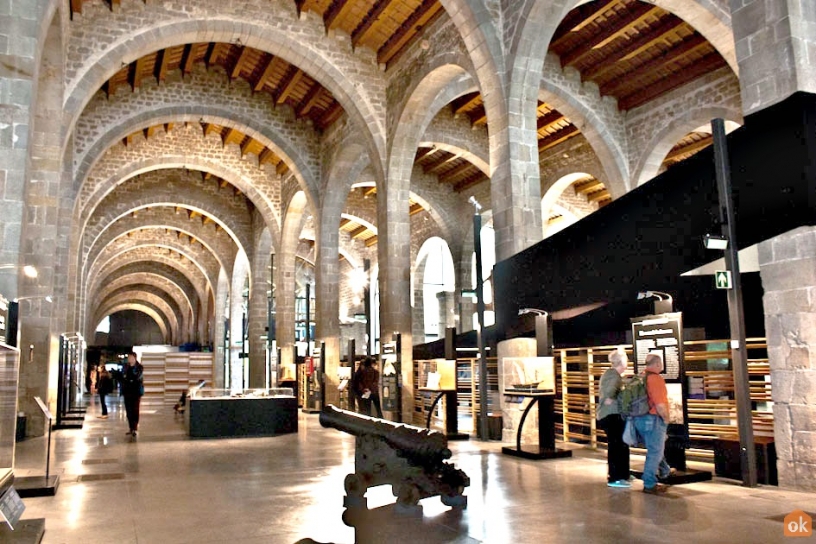 Currently there is ongoing restructuring of the permanent collection. Therefore, the exhibition space is at the moment mainly devoted to temporary exhibitions and cultural activities related to sea life. Among the collections now present, you can find: 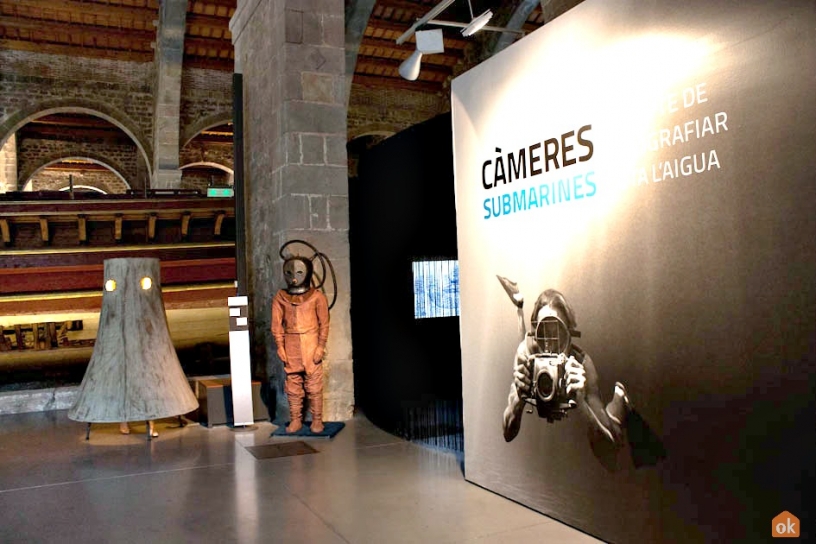 Other attractions in Rambla - Raval