20 things that make Barcelona so unique 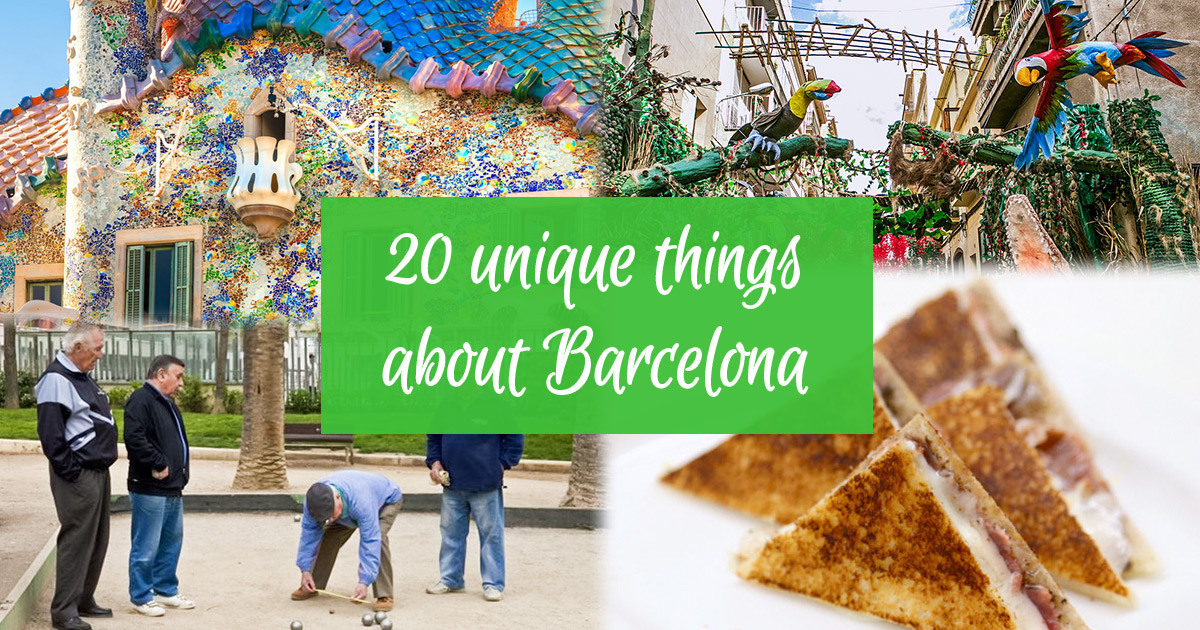 Discover the one-of-a-kind aspects of this wonderful city

If you want to come work or have a holiday in Barcelona but you have a small budget, it's possible! Look at our cheap places to stay in Barcelona.We offer apartments of different types, renovated and well furnished in all areas of Barcelona!

Remember when that time when she had a bikini while you were eating out? Yeah... No, that's the name that grilled cheese sandwiches have in Barcelona. If you're not from here you probably thought we were talking about something else entirely. Not your fault.

Catalans are known for their, let's say strong character. If you've spent some time here you probably have one or two complaints about that... But admit it, you sort of like it.

You'll simply never find thick hot chocolates as delicious and served as quickly as they are in the "Granjas" of Barcelona. Don't forget to order a side of churros with that mug.

Artistic works can be found around every nook and cranny of the city, a large number are by none other than Gaudí, like Casa Batlló and Park Güell. 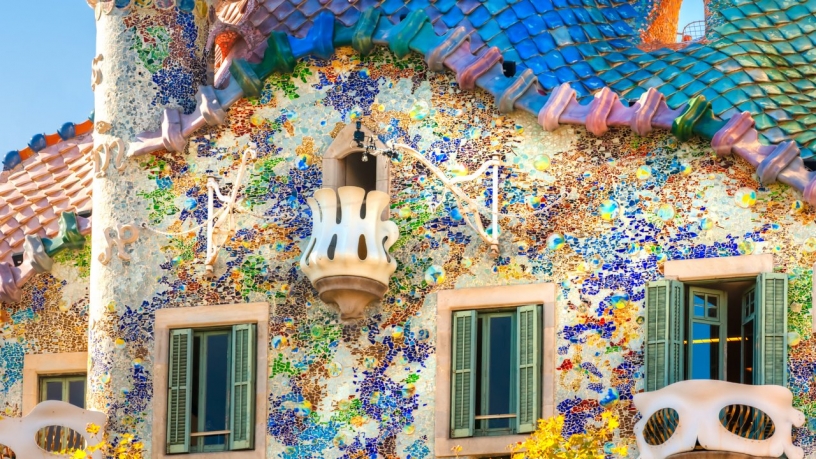 The Sardana dance - a simple dance that brings communities together, during celebrations or simply every Sunday at the cathedral, because why not?

Music festivals are on for practically the entire year, the biggest are Primavera Sound and Sònar

It's as symbolic as it is a cool place to shop, but the fact that Las Arenas converted one of its main bull-fighting rings into a shopping centre shows how far gone are the days of bull-fighting slaughter in Catalonia. You can discover the place for yourself by visiting Las Arenas!

Dragons can be found around many of the corners of Barcelona. The tale of Saint George and the dragon - the patron saint of Catalonia - means it forms an important part of the culture. You can discover more of the story behind Barcelona's dragons here. 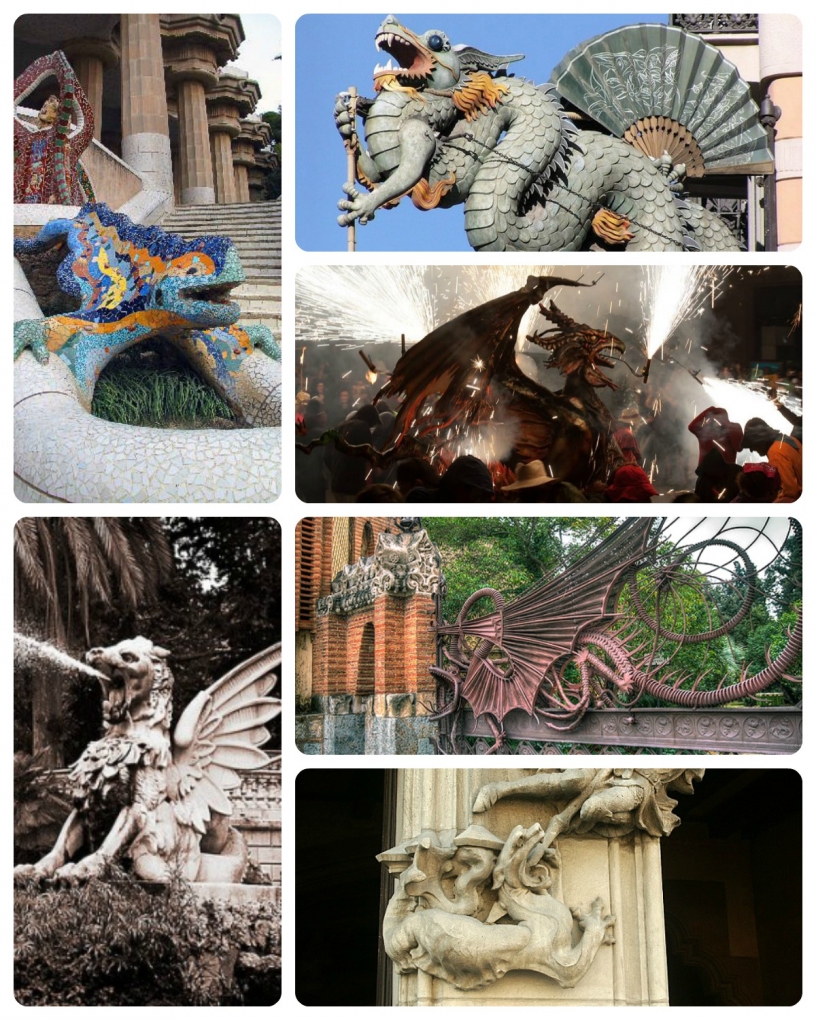 9. The hallway from hell in Passieg de Gracia Metro station

People don't do cardio at the gyms in Barcelona, they walk down this hallway. 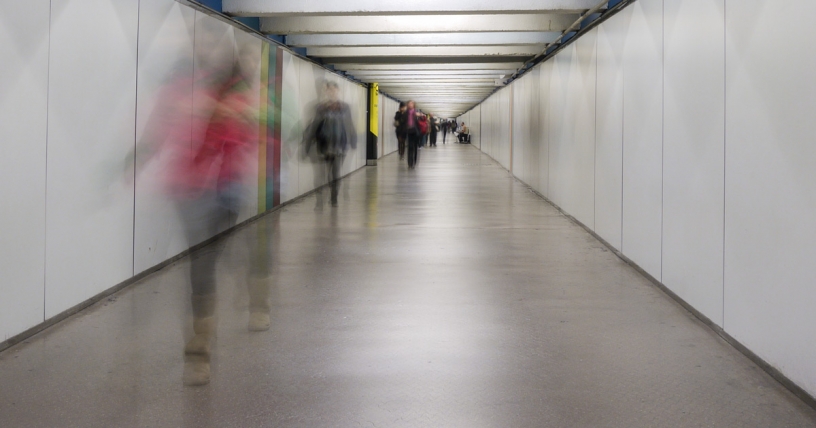 It might be a tourist trap these days, but the pleasant colours and vibrant atmosphere still have a wonderful charm.

It's an aspect we can do without, but Barcelona wouldn't be Barcelona if you're not on the Metro suspiciously eyeing every 5th person with that "I know what you're up to" look.

The best way to keep your valuables safe is to be aware of your surroundings, and not carry your wallet in the back pocket of your jeans. A clever strategy of pickpockets is to congregate around warning signs advising tourists that pick pockets operate in the area. On reading such a warning, it's a natural instinct to reach for your wallet to make sure it's still there, however in doing so you've just informed anyone watching where your money is. Keep that in mind!

In Catalonia, every municipality has an annual celebration called a Festa Major. Barcelona however, has one for almost every neighbourhood... and there are 73 neighbourhoods in this fair city! With each lasting a week, this means in Barcelona there's most likely always a celebration happening! It's a wonderful thought isn't it? See a full list of Festes Majors in Barcelona 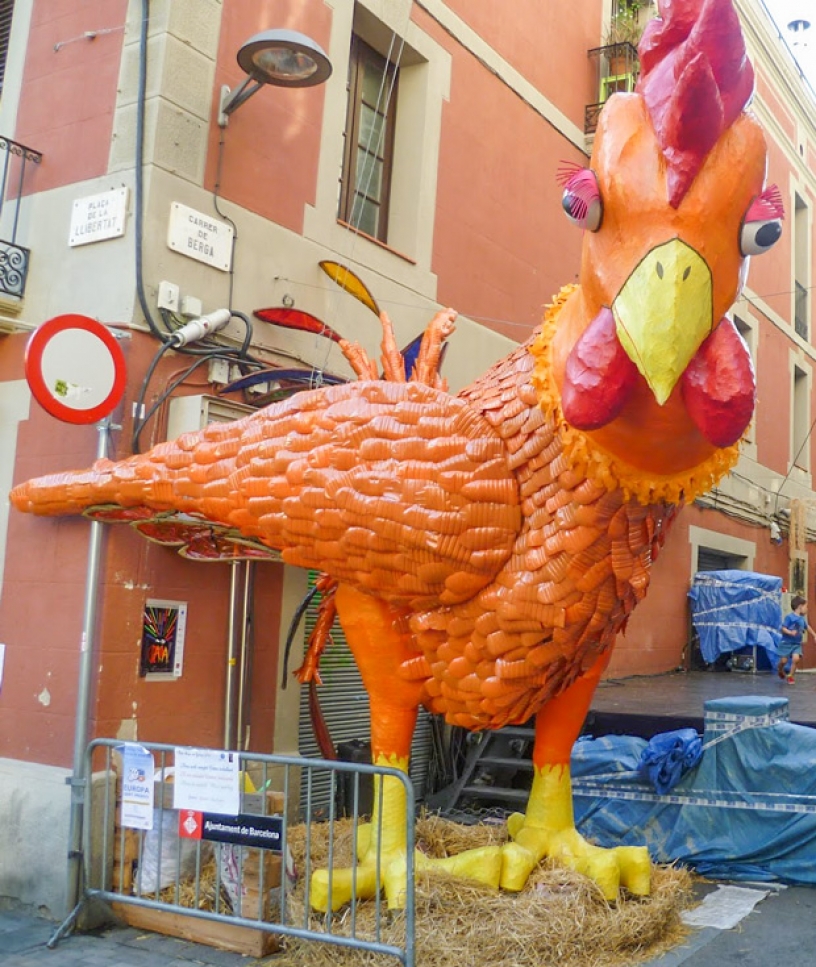 A neighbourhood celebration in Barcelona

They're pretty Basque, but in Barcelona you can find places to eat them for as little as €1, see for yourself.

Probably the largest cat sculpture in the world. The Gato del Raval moved all around the city before settling in its permanent home on Rambla de Raval. It even got knit-bombed once, watch the video below! 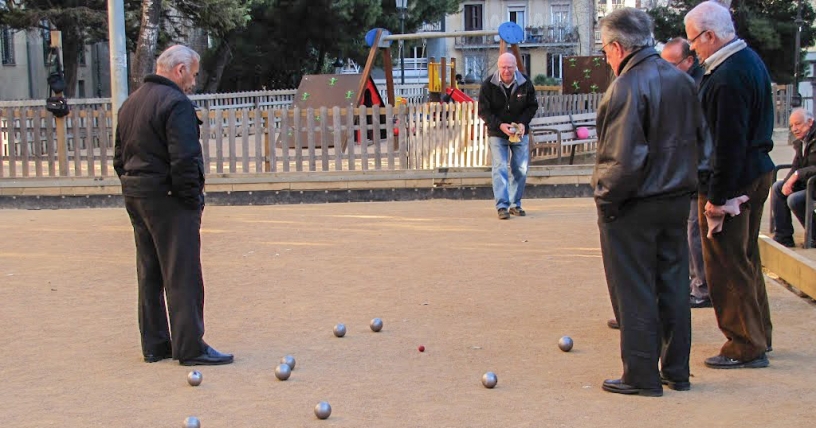 An exciting game of boules in Barcelona

Takatà sounds like a Japanese weapon, but it's actually a sport in Barcelona. It's a beach game - sort of like volleyball, but played with a tennis ball. It might sound like a newfangled sport, but it's actually been played for over a hundred years in Barcelona. There are even two rival teams - Club Natació Barcelona and Club Natació Atlètic Barcelona - both claim to have invented the game! Only one way to settle this...

Who needs butter when you can have tomato and olive oil on your toast?

You can instantly recognize a Barcelona taxi via its distinctive black and yellow colour.

Clar, it's a mica different to Spanish, but that's what makes it so special. So let's finish this article with a big adéu!