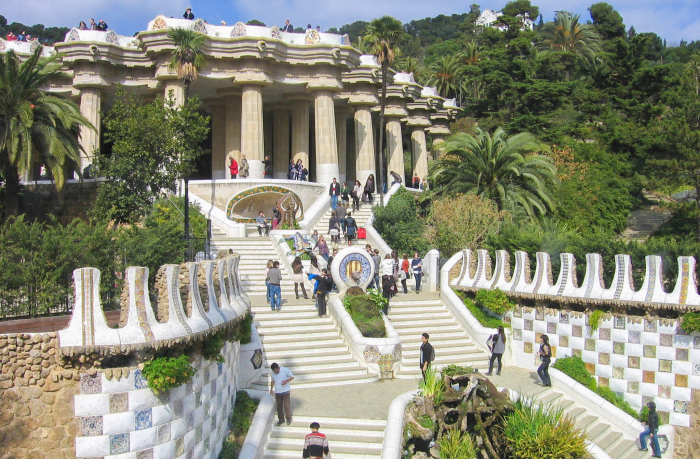 Park Güell is one of the most famous projects by Catalan architect Antoni Gaudí. The park is named after Count Eusebi Güell, who commissioned the development of the area into a luxury housing estate. The project took 14 years to complete between 1900 and 1914 and was ultimately a failure as only two houses were built. One occupied by Güell and the other by Gaudí.

In 1923, the local council bought the land and it was opened publicly for the first time. The entire park gained World Heritage Status from UNESCO in 1984.

The most important points of interest in Park Güell include:

Why not discover the park as part of a Gaudí Route in Barcelona. Travel tip: Visit in the early hours with your partner for a more peaceful visit, with fewer tourists, the park becomes one of the most romantic spots in the city.

Other attractions in Gràcia