The talent of Gaudí has changed Barcelona into the colourful and unique city that we know and love today.

In my opinion, Barcelona deserves at least two days saved to devote especially to discovering the unique and distinctive style of Gaudí and his works.

This list of Gaudí's creations in Barcelona is one that I have visited myself and consists of seven stops through which is is possible to understand how this great artist has influenced the style of the city. Day one includes three of these stops and you can see them on the map at the bottom of the page.

Despite studying the Catalan modernism in art history and have seen dozens of pictures online, I never realised that the excitement of seeing the architecture of Gaudí in person would move me so much. But that's exactly how it went, especially when I arrived at the first stop: Parc Güell.

To get here I caught the 24 bus at Plaza Catalunya and it stopped right in front of the entrance.

Parque Güell, declared a UNESCO World Heritage Site, was a project from Gaudí that was commissioned by Count Güell. More than a park, it can be described as an enormous open-air museum, full of quirky street performers. Through this park, everything that defines Gaudí is shown, f rom the amazing entrance to the majestic houses that look like that have been pulled directly from a fairytale. 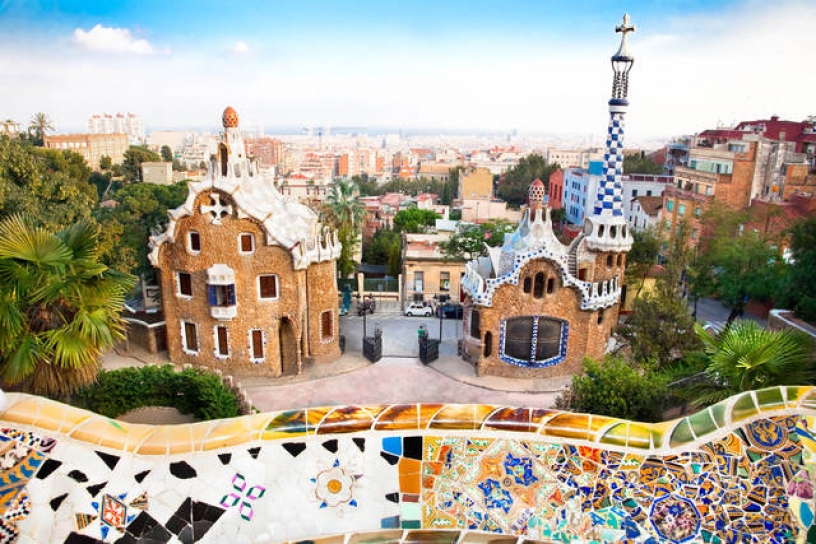 The whole park, every detail, is an ongoing discovery and a seamless fusion of nature and architecture..

As a bonus, you can find the private residence of Gaudí here, now a museum.

I would have loved to spend all day in the magical atmosphere of the park, it's a shame I had to follow the plan to have the time to visit other works.

From Park Güell I caught the 72 bus to get to Torres Bellesguard a magnificent work that was closed to the public until September 18, 2013. 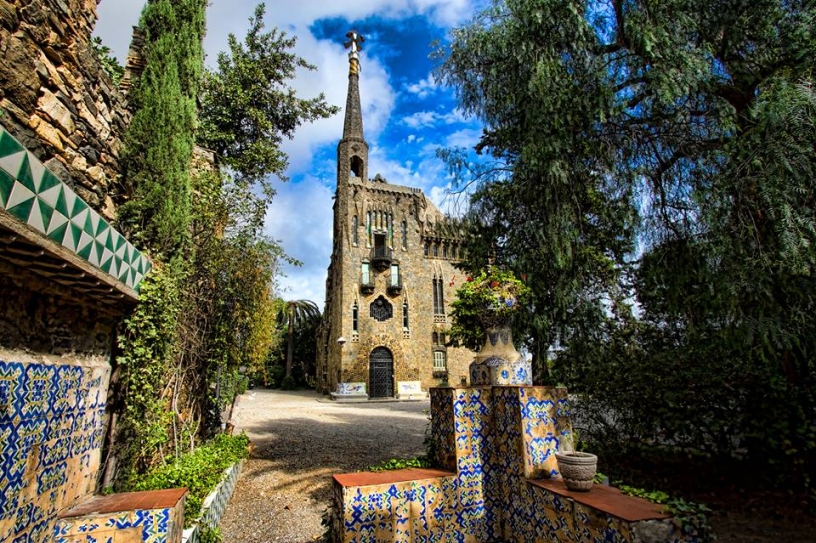 The name Bell Esguard is no coincidence and refers to the beautiful view you can see from this building. In fact, the house was built at the foot of a mountain, upon the ruins of an old castle.

In this building you'll also find many examples of hidden symbolism from Gaudí, as well as mosaic benches and the undisputed icon of the architect; the four-pointed cross.

Despite being far from the center of Barcelona, ​​visiting this wonderful work of art has the great advantage of enjoying one of the best views of the city of Barcelona !

After discovering the exclusive Torre Bellesguard, I took the bus back to Plaza Catalunya, the heart of the city before walking to Palau Güell by the famous Ramblas

Unlike the more famous works of Gaudi, which are lively and colorful, this palace is a perfect fusion between serious Gothic style both inside and outside and Catalan modernism that can be found in the wonderful pinnacles of the terrace. 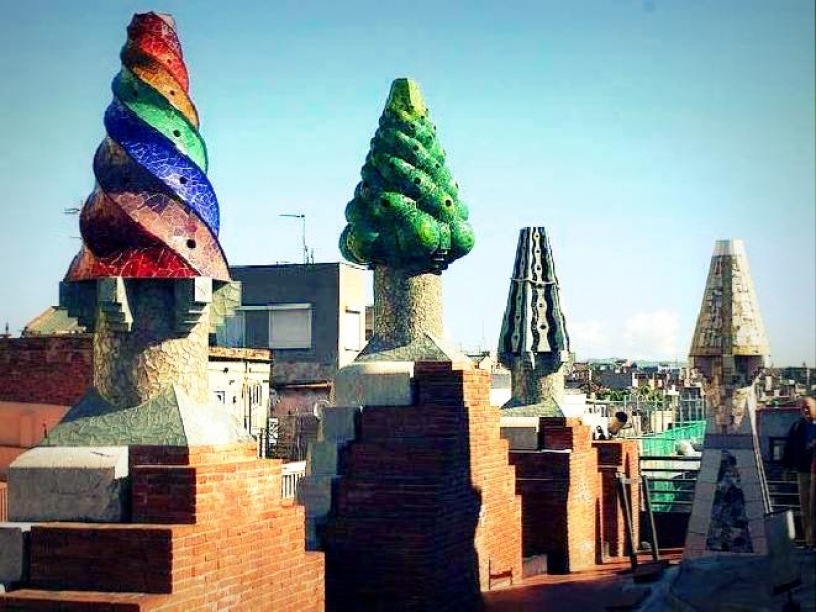 The history of the building, discovered thanks to the audio guide, is very interesting and allowed me to comprehend the architects life in depth, as well as the meticulous details that were carried out throughout the property, another project commissioned through Güell, who was one of Gaudí's closest friends.

The interior of the building is astonishing, thanks to the colourful mosaics that very elegantly illuminate the entire building. My favourite part however, has to be the chimneys that stand proud and high, dominating the marvelous skyline of Barcelona.

Upon leaving Palau Güell I realized that the sky was already dark and that day one of my Gaudí adventure had come to an end.

A second day was needed, and it was as intense and full of surprises as the first! You can read the second part of my Gaudí Adventure in Discovering Gaudí Tour - Day 2

Map of Day One