Plaza de España was built for the Universal Exposition of 1929 and since then has been one of the main landmarks in Barcelona, around which many of the most important attractions and venues can be found. it's also well connected, featuring several metro lines, train lines, and bus lines (including the Aerobus from Barcelona airport). It is the largest square in Barcelona an the second largest in Spain after the square of the same name in Madrid. 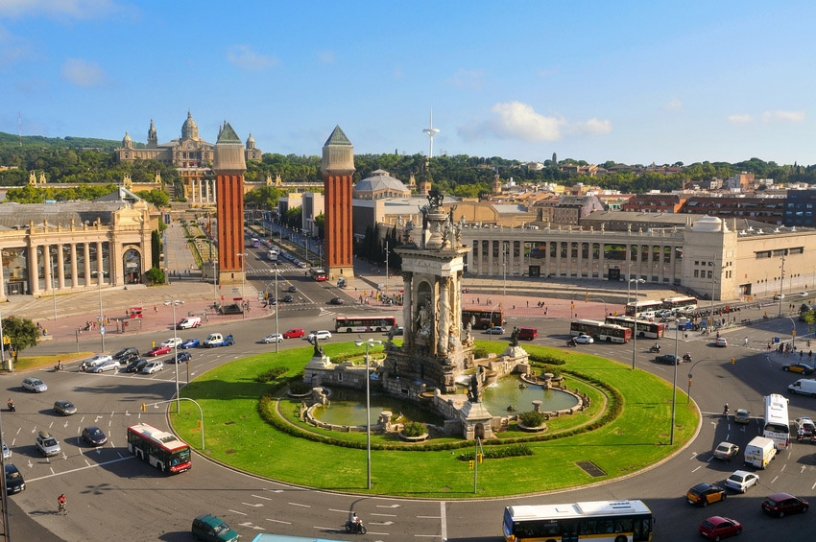 The history of the Plaza

The project to build Plaza de España was laid out by Josep Amargós in 1915. Eventually the Catalan architects Josep Puig i Cadafalch and Guillem Busquets took on the responsibility of completing the plans. The dictator Primo de Rivera came to office and they were removed from the project due to their political ideas. In the end, it was Antoni Darder i Marsa who completed the project in 1926, the square was named "Plaça d’Espanya" to emphasize the Spain rather than Catalonia.

Several hotels were built around the square to accommodation attendees of the Universal Exposition, though none remain except one building that is now a public school, and the Municipal Institute of Education.

What can you find around the square?

So what do you think about Plaza de España? Leave us a comment.