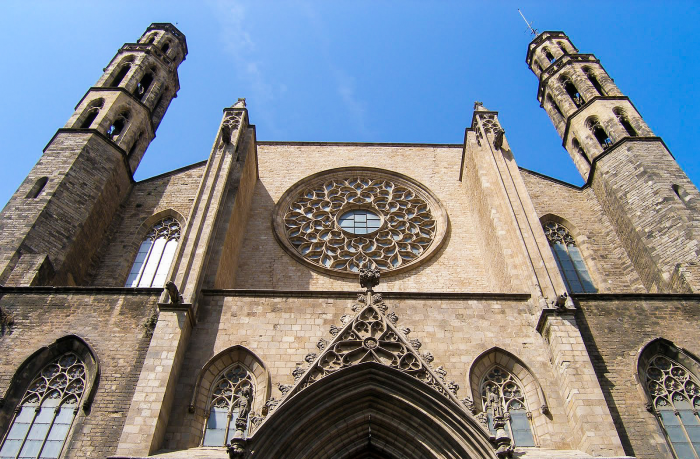 Santa Maria del Mar is a beautiful Gothic Basilica located in the Born district of Barcelona and has a history full of mishaps.

The Born district was once the centre of Barcelona in terms of commerce and marine trade during the middle ages. This area comes to live at night. The basilica of Santa Maria del Mar lies proudly at the heart of this district alongside old medieval mansions; it is an authentic example of Catalan Gothic architecture.

After the cathedral was set on fire and left burning for 11 days, the restoration needed had slightly changed the outward appearance of Santa Maria del Mar. The interior of the church had been almost totally destroyed. The stained-glass windows also had to be reconstructed and in 1990 the restoration work was finally completed. As you can see in the pictures, the windows have been altered, there are no more stands at the side and nor does the arch next to the church exist anymore.

Before and After — Santa Maria del Mar

It was constructed in just 55 years, between 1329 and 1383, an amazing feat for the time. It was built by local parishioners from the harbour area, which would explain its austere style when compared to the later constructed Barcelona Cathedral.

In 1428, an an earthquake caused the main rosette window to detach as well as some rocks, causing the death of some of the parishioners. A renovation was then carried out in response which took until 1459 to complete. 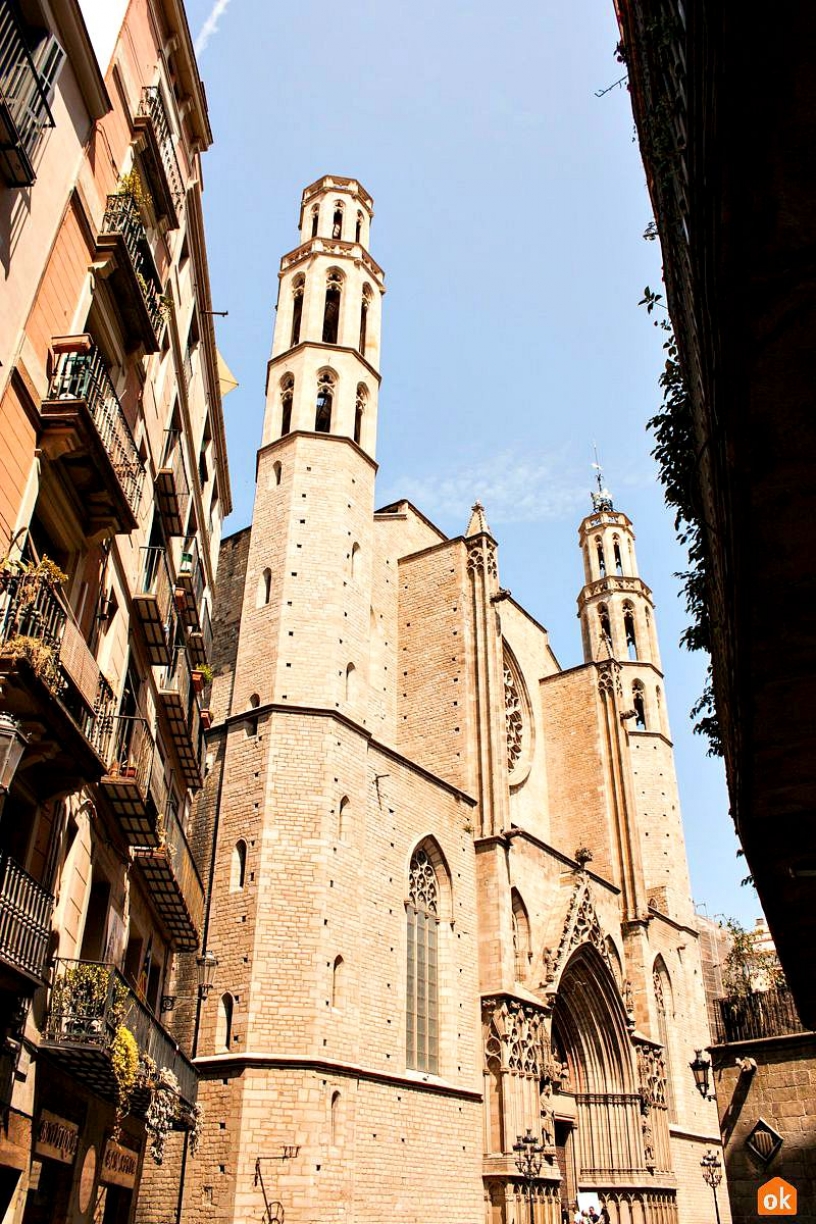 Centuries later, in 1936, a fire was caused by a group of anarchists during the civil war, but 13 years later and after some recovery, the building earned the title of a minor basilica. The severe damages were later repaired through a restoration funded by donations.

With its three façades adorned with images of Saint Peter and Paul, the building is a demonstration of authentic gothic architecture, with octagonal towers, arches, buttresses, gargoyles and rosettes. The interior consists of three naves of the same height and width with simple decorations. 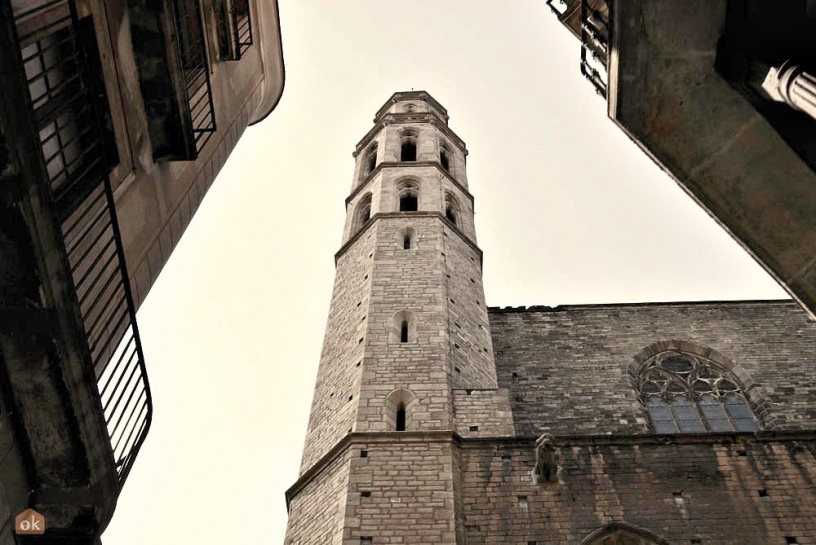 Apartments in the Born quarter

If you come to visit Barcelona, ​​we advise you to stay in an apartment in Barcelona's Born Quarter. This way, you will know one of the most emblematic districts of Barcelona and save money since hotels are more expensive and offer you less space and comfort.