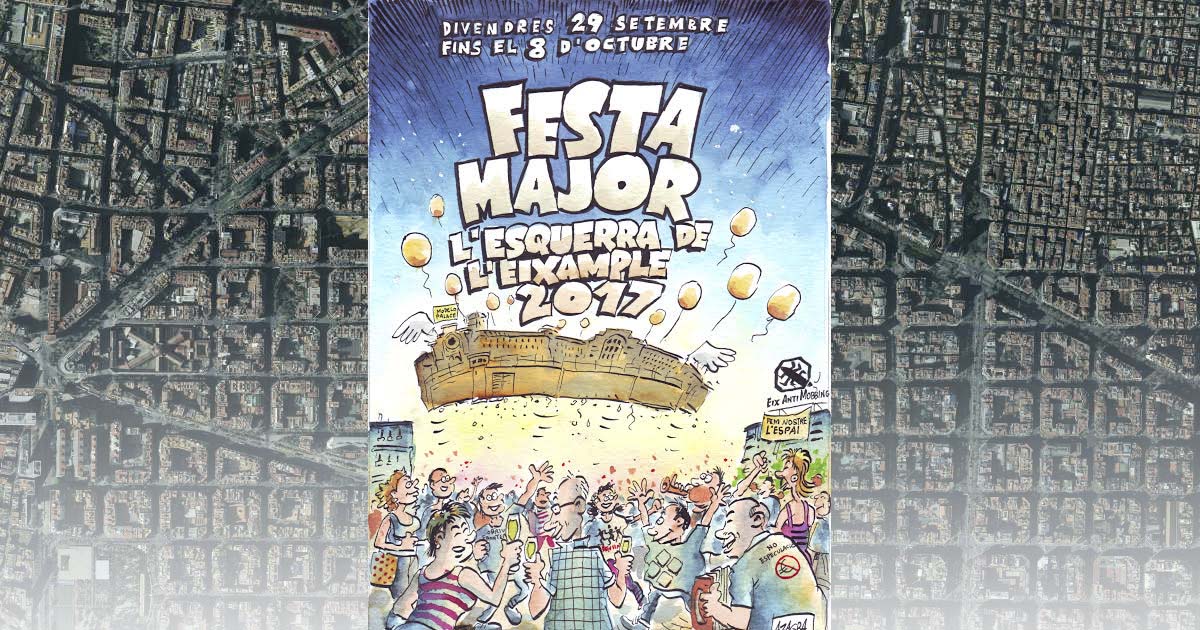 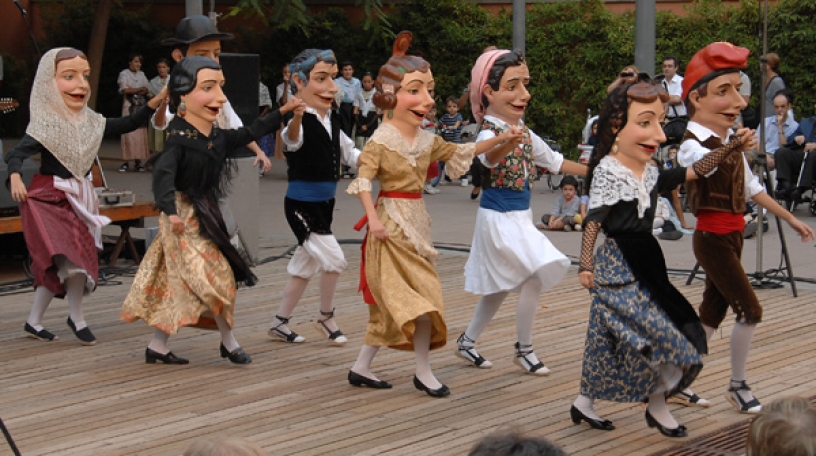 Carnival figure in Barcelona known as a Capgrosso

Bands play rhythmic and lively music during the festivals, generally in the streets. During this even therthere will be dancing parades with Gegants and Capgrossoes and a costume contest.

Transeixample Geganter is the name of this particular festivity that has an entire day of prominence during the Festa Major de Eixample Esquerre. There will be Capgrossos and Gegants visiting from all over the city to come and perform at the parade on the streets. 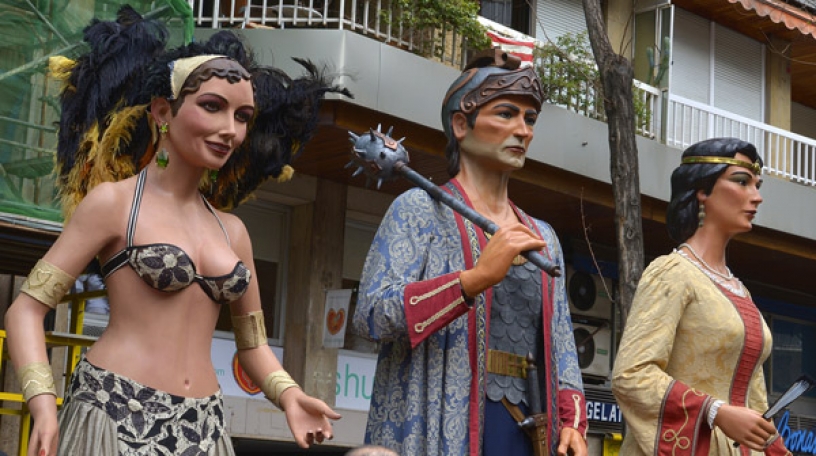 Almost half a thousand lacemakers from Barcelona and bordering neighbourhoods participate every year in a meeting at Avinguda de Roma, where attendees can admire handmade and delicate works; they can even acquire some.

A correfoc is a game or spectacle performed in the streets of cities and towns, where the objective is to avoid the pyrotechnics used by the Diables (devils) and mythological beings. It's mainly an act celebrated in Catalonia, but it has also been extended to Valencia, the Balearic Islands and Northern Catalonia in France. It comes from the dance of the devils that's been documented since the 12th century. However, it wasn’t until the 20th century that it took its current form.

The term correfoc came from different parades of past Catalan celebrations where dragons and devils would run, jump and dance together under the fire. During the 80s and 90s, it spread further afield. It's not the same as a parade though, because the public can also take part in a correfoc and the rhythm of fire is slower in a correfoc.

‘La Colla de Diables’ captains the biggest correfoc of the festival that traverses the main roads of the neighbourhood. The spectacle is divided into two parts, one for the children – a light version with little devils — and one for adults. 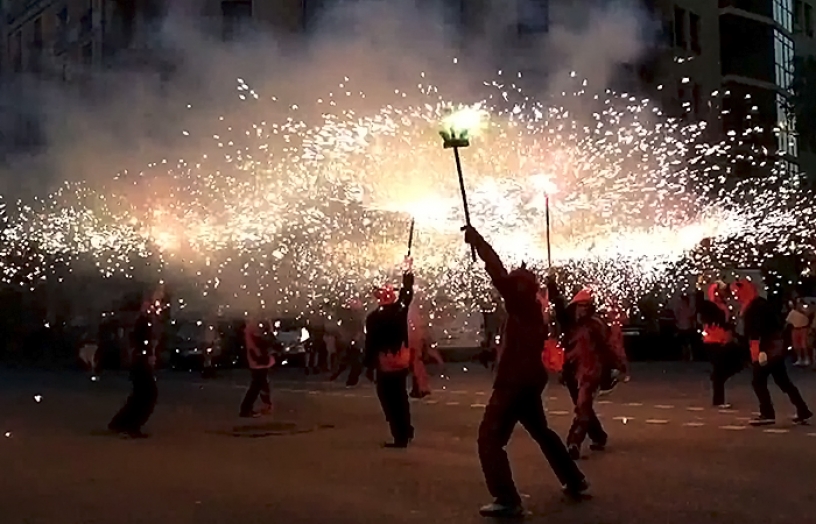 La sardana is a popular Catalan dance; it's considered to be the national dance of Catalonia. It's a circle dance with men and women holding hands while tapping their feet to the rhythm of popular folk songs. The name can refer to both the dance and the music.

Every year, the festival programme includes an open Sardana dance for the neighbourhood with folk music. You can also see more traditional dances of the country in the Catalonia Ballet show that's dedicated to the restoration and dispersion of popular Catalan dances.

The Festival of Eixample Esquerre really takes the little ones into account. It has gone so far to provide a parallel programme especially for children with diverse activities like sports championships, crafts workshops, stories, exhibitions, talks and a correfoc.

The engineer Ildefons Cerdà designed the Eixample neighourhood. It was created to extend Barcelona beyond the old city walls. The district is characterised by commercial dynamism, activities and leisure.

Festivals like this one are typical around the neighbourhoods of Barcelona, as you will see. Discover all of them in this guide that we have made especially for you.