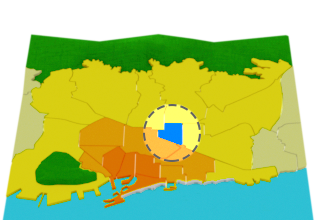 Sagrada Familia — Home to the most visited monument in the city

This neighbourhood takes its name from the most prestigious work by Gaudí because it's in the heart of the area. It's a fairly quiet residential area formed by geometric grids, though it's true you'll see some tourists around, especially near the Sagrada Familia. It has other modernist monuments like Sant Pau Hospital and some gorgeous parks in which you can relax.

In this article we show you a video in which you'll discover the Sagrada Familia neighbourhood at the hand of its neighbours. We also tell you the reasons to stay here, its attractions to visit, and the best places to eat and go shopping. If you're a student, you'll also be interested in learning about libraries, green areas and places to practise sports.

The residential streets are very peaceful, and more than half of the residents there were born in Barcelona. This typical Eixample style neighbourhood has a highly structured grid layout. The area has an aging population without many students, nor is there much ethnic and international influence here when compared to the rest of the city. It's full of wonderful architecture.

Of course, the neighbourhood gets its name from the world famous Basilica, the Sagrada Familia from Gaudí. It is one of the most important architectural works in the world and a prime example of the Catalan Modernisme artistic movement. 3 million people visit the Sagrada Familia each year, making it the building that attracts the most tourists in Spain. Construction began in 1882 by the architect Francesc de Paula Villar, and it wasn't until 1884 that Gaudí took over. It's still unfinished, but those in charge of its construction say it should be done within 20 years.... Probably!

Avinguda Gaudí(or Gaudí Avenue) is one of the roads linking the Sagrada Familia to another modernist masterpiece; Hospital de Sant Pau. Both buildings have earned the title of UNESCO World Heritage Site and the walk between them is where many locals dine out and go shopping. One point in particular along the avenue to pay attention to are the modernist lamps that line the path.

The Hospital de Sant Pau is a modernist structure designed by Lluís Domènech i Montaner. It is notable for its impressive halls and the towers adjourned with sculpture, mosaics, stained glass, and wrought iron. Currently in restoration, however, you can still get to know their facilities. 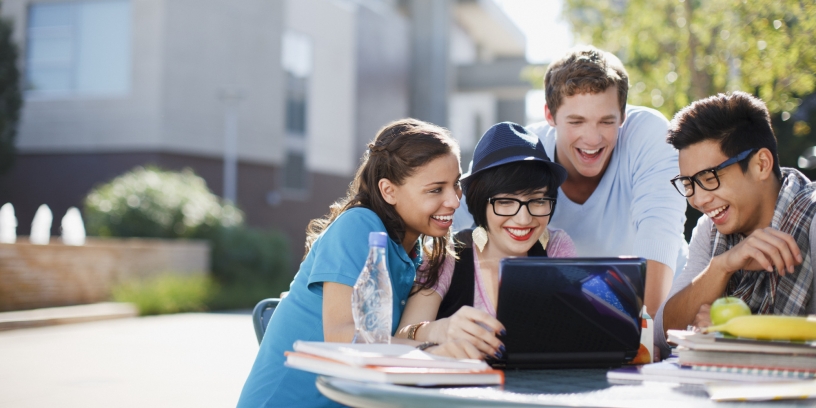 Studying in groups is always a good idea

The Sagrada Familia neighbourhood is part of the Eixample district. It's residential, very quiet and has parks to practise sports or read quietly, such as Gaudí Park, Jardins de la Industria and Jardins d'Antoni Puigvert. If you like sports, there are several municipal sports centres such as the Sagrada Familia Municipal Sports Center and the Jardins de la Industria Municipal Sports Hall. If this neighbourhood has already seduced you for its student life, you can take a look at our selection of student apartments in Barcelona, near the Sagrada Familia.

The Avinguda de Gaudí is the perfect place to grab a bite to eat. Visit one of these lovely restaurants tapas; Tapas Gaudí, la Llesca, or the pizzeria La Piazzenza. Another restaurant near La Sagrada Familia is La Paradeta, a unique seafood restaurant. You get decide how much seafood you eat, how it's prepared (grilled or breaded), and make any combinations that you prefer.

If you prefer something fancy while you're on holiday, then don't miss Alkimia. Chef Jordi Vilà has certainly earned his Michelin Star, preparing extraordinary and adventurous dishes for guests. The price is around €100 per person and its necessary to book well in advance. 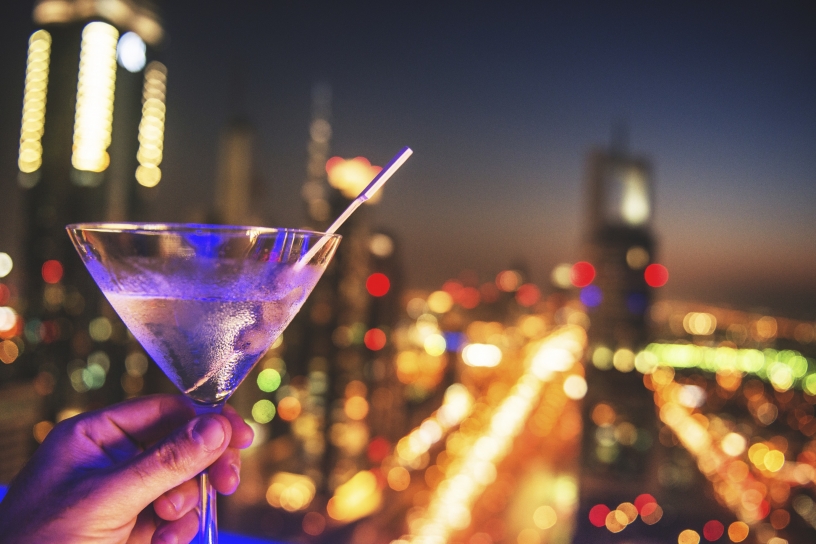 This neighbourhood isn't particularly known for its nightlife, but is close to many party areas. You can find some bars and rooms with fun atmospheres and good cocktails like Baroke, Samba Brasil Bar or Casablanca Cocktail.

The Sagrada Familia neighbourhood isn't home many fashion shops, souvenir trinkets, or typical downtown stores. Instead, you will find a wide selection of stores specializing in delicatessen, from sweet shops to butchers. One sweet shop is called Bombonería, attracting visitors through its doors with a delicious smell and colourful shop displays. You can also go to "Catanias" to purchase delights like toast and caramelized chocolate covered almonds, they all make for brilliant and unique souvenirs.

If you want to get to know an authentic Barcelona market then visit the Mercado de la Sagrada Familia, where you'll find a large variety of fresh produce like fruit, fish and seafood, meat, cheeses, deli, and more.

This neighbourhood boasts a variety of bus and Metro options.

Stations; Sagrada Família, Hospital Sant Pau, Encants and Glòries. You can reach the city centre in around 10 minutes with this line getting off at Universitat.

This line will take you across the lateral length of the city.

You can also discover the neighbourhood on foot, which isn't a problem. The layout of the streets means it's practically impossible to get lost!