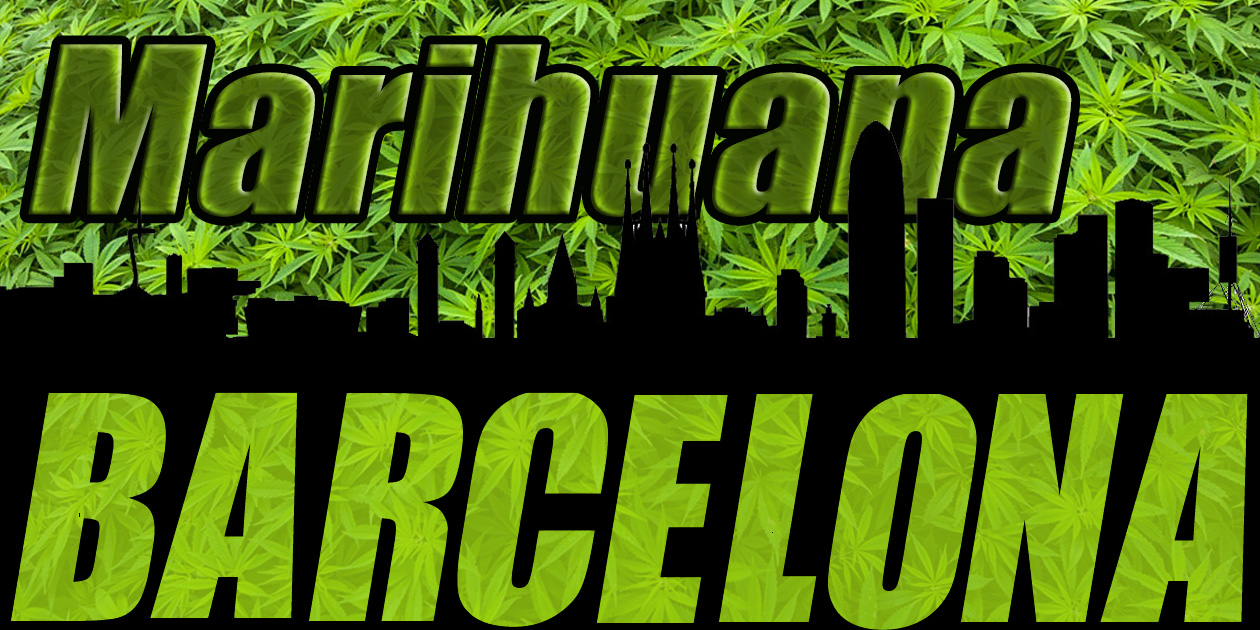 Has marijuana become tolerated in Barcelona?

On 8 November 2016, the same day that Donald Trump won the election, several US states like California and Massachusetts voted in favor of legalising marijuana.

On the other hand, Barcelona now hosts over 200 cannabis clubs that under the auspice of the law supply cannabis to their members.

We took to the streets to gather opinions on this matter, which you'll see in the video that follows below (subtitled in English). Yet, we also want to know what you think. How do you see the idea of legalising and regulating marijuana in our society?

This article aims on one part to generate debate about the responses we received and on another part to provide information that you can learn from yourself about the current legal status of marijuana in Barcelona. We got in touch with Catalonia's Federation of Cannabis Associations (Federació d'Associacions Cannabiques de Catalunya) which informed us about the strict regulations involved for these cannabis clubs coming to light around Barcelona. What are these cannabis clubs?

What do people think about the legalisation of marijuana in Barcelona?

The eternal debate: Cannabis — yes or no? Everyone seems to have their own opinion and as you can see in the video, it's not guaranteed that young people are in favour and older people are against. Everyone has their own reasons, be it the 'Bad smell' for the cynics, against the 'If alcohol and tobacco are fine, then why not weed?'.

If you are coming to study in Barcelona we advise you to look at our student apartments in Barcelona.We offer apartments of different types, renovated and well furnished in all areas of Barcelona!

In a time when it seems that cannabis is more readily available each day and people are less surprised by its consumption, the debate would be how far can it go and how will it be managed?. That's where another debate comes from: legalisation vs regulation.

Can you smoke marijuana in Barcelona? You can't smoke marijuana in public places. You can only smoke it legally in a private home or in an association. On the street you can carry only a quantity of marijuana, which corresponds to the personal consumption rate.

There are — as you'd have seen in the video — those who contemplate its legalisation with some form of State control and thus ending drug trafficking as well as the black market. They say in this way that tax-paying companies would emerge and contribute to the public coffers. It would also relax a part of the police budget because more resources could be used elsewhere and there would be clearer legislation.

"On the one hand, I'd like to combat narcotics trafficking." / "People will still smoke it (...) It would be a way for businesses to pay [taxes] in this market."

On the other hand, others say that it should simply be regulated. This is what already happens via cannabis clubs, which we'll explain more about in a bit. For it to work fully though, there needs to be legislation that would clearly state the limits.

Those more in favour of regulation rather than full-blown legalisation believe that the State shouldn't get involved. They believe it would make marijuana more expensive and attract involvement from companies  — not unlike tobacco companies — which will end up polluting the product with harmful substances along the lines of what happened to cigarettes.

"If it's legalised that would mean the State would benefit and raise taxes. I don't know to what point it would have to reach to make it better than to just leave it as it is now, with the Associations"

To enjoy your staying in Barcelona and fill your trip with unforgettable experiences and emotions, check out a wide offer of excursions by the Civitatis team. Thanks to local guides, you will discover the pure life of the city and get to know Barcelona's way of life and the soul of the city! Choose your activity and fall in love with Barcelona forever:

Surely you've heard about cannabis clubs and associations. You may have asked yourself how is it possible or legal?

So, what are they and how do they work? Do they have rules? And why are they permitted? One answer as to why they are permitted is that they turn away completely from cannabis tourism, follow strict self-regulation and have strength in numbers with over 200 around the city, a figure that's rising.

What are cannabis clubs?

They are non-profit places for marijuana users who unite to consume self-sufficiently. They distance themselves from the black market and try to normalise and legalise this practice. They have social headquarters where members can smoke cannabis. Cannabis clubs can either be independent or a member of a federation.

Can you grow marijuana in Barcelona? Yes, you can grow 2-3 marijuana bushes in an apartment. This may correspond to the average annual consumption per person.

What makes them legal?

They are protected via the right to self-cultivation for personal use, which in Spain isn't a crime. Therefore, it's legal while the marijuana isn't provided to third parties and production is only for members.

We spoke to a federation of clubs called CatFAC, which explained to us that their clubs only produce according to the needs of members and must avoid surpluses by all means possible, which would be considered a crime.

For this reason, each member has a usage limit either by week or month. They call it a remittance. This limit usually works out at about 60–90 grams per person per month. This restrained amount ensures that the marijuana used by each member is exclusively for personal use. It also avoids that there could be members who secretly leave and distribute the weed to third parties outside the associations.

They are not out to increase consumption, rather they want to give peace of mind to the thousands of users in Barcelona that smoke marijuana. They fight for regulation of the practice to avoid circulation around a black market, which has health risks and carries strong penalties with it.

How do they work?

To be able to use marijuana and enter a club, it's necessary to be a member. To become a member you need to be endorsed by another member and prove that you are over 18 years old, normally in addition to having consumed previously.

Catalan associations like CatFAC establish a series of good practices to keep in mind in order to avoid getting sanctioned and support the normalisation of these establishments across cities. Good practices that perhaps even help to win support from residents.

According to CatFAC: 'There's no law that certifies compliance with the good practices is sufficient enough to avoid getting sanctions (...) but local governments such as the ones in Valencia, Basque Country and Catalonia keep these practices in mind'.

How to avoid cannabis tourism?

One of the most important points found in the codes of the federation's clubs is that members must have Spanish nationality or residency to join a club. This is to avoid creating a difficult to regulate situation and point of conflict with local authorities. Documents that prove residency include rental contracts, bills or a work contract.

In the case of foreigners who reside in Barcelona and need to prove residence, a period of 15 days is applied from the time of the request until granting it. Meanwhile, they'd be permitted to enter the club but not take part in growing the marijuana, and therefore would not be allowed to consume any. Cannabis tourism is avoided at all costs, as well as the malpractice of profiting. Clubs have been shut down and sanctioned for these precise reasons.

Other information that the federation gives out is that consumption is always carried out from within the facilities of the clubs. CatFAC state that the clubs are places of immediate consumption — there and then. To remove cannabis from the premises risks getting stopped by police, which would result in a fine for being in possession of narcotics. 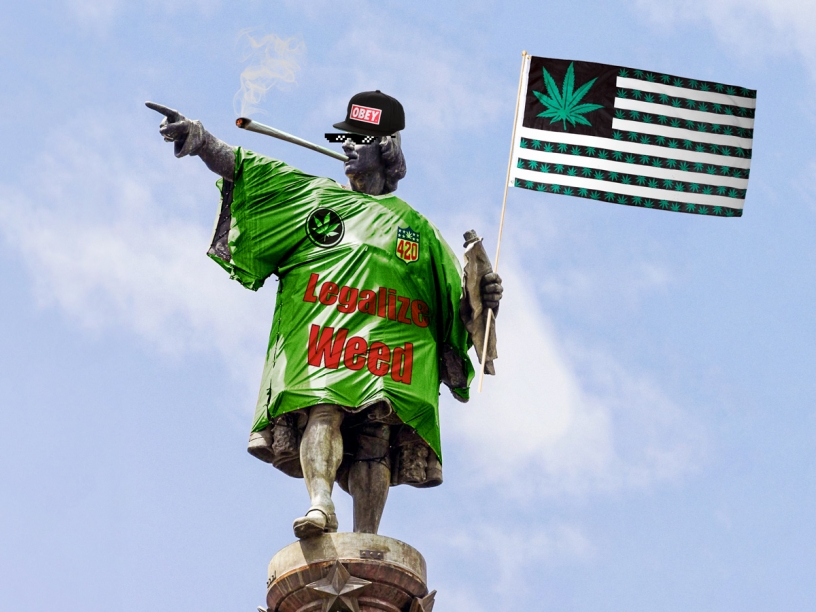 How is it cultivated and transported?

As mentioned, production is subject to demand from its members only, so each club has its own crops. These can be indoors or outdoors, but must comply with health regulations and respect the peaceful coexistence with neighbours in the vicinity to avoid problems that may arise, such as the smell. They must also include security measures to prevent theft from occurring.

Each harvest is perfectly labelled with dates, product typology, expiry and more. It's also noted and stated the communal use that the product is subject to in order to avoid problems during its transport to a club.

One of the main rules for clubs is to never turn to or order from the black market. In case of loss due to plagues or robberies, clubs will ask to borrow from other associations or not at all. 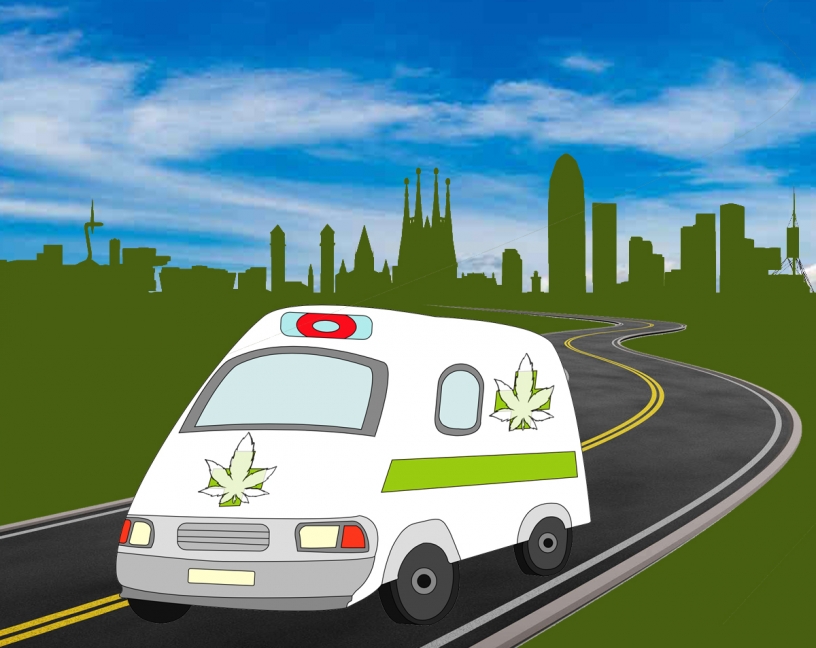 How are the locales?

To start with, a Cannabis Association club must be smoke free. That is to say, in the areas that are not for recreational smoking you cannot smoke, not even tobacco.

It's not a bar nor does it pretend to be. A club cannot offer a bar service because it would be unfair competition for this sector. Only members can access their interiors. They also have schedules, so that it doesn't become a place with too much traffic going in and out, day and night.

These clubs often organise activities, talks and cinema forums alongside other events. Among their furniture are sofas, tables for work, boardgames, game consoles and generally things that any civic centre or association would have on offer.

How many are there and where are they?

Barcelona has about 200 cannabis clubs. Some years ago, former mayor of the city Xavier Trias wanted to establish a series of rules that included not allowing clubs to open within 150m of a school, gym or public institution. If a measure like this were to take place, there would currently only be 11 left standing, which according to him would have been enough for the thousands of users around Barcelona. The current mayor, Ada Colau, made a change to this rule reducing it only to be at least 100m away from centres where there are minors.

The former mayor's team tried to appeal to the associations of mothers and fathers like APAS — who they assumed would be strongly against these clubs — by arguing that it's dangerous to have these clubs near children's schools. The response they received however, was that they pose as much as a problem as bars and tobacco stores, and those aren't forbidden to open even next door to schools.

These associations don't promote drug use or make it their business model, and they are against attracting drug tourism in Barcelona. What they aim to do is reduce drug trafficking and search for the solutions that prohibition can't find.