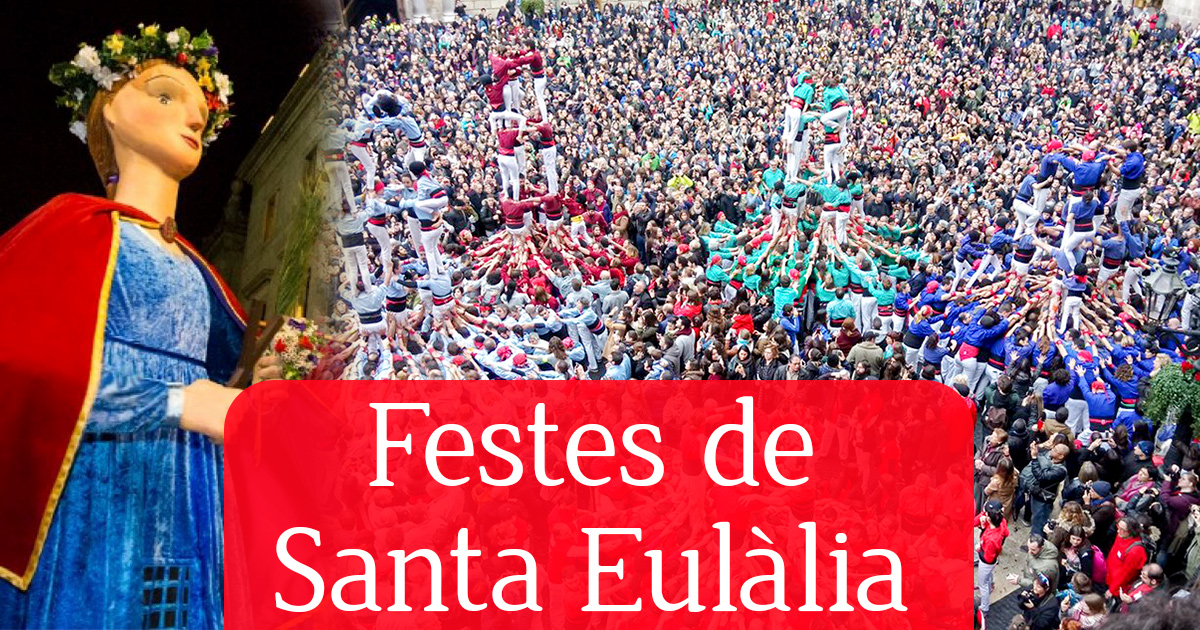 In mid-February, the city of Barcelona celebrates the martyr and co-patron of the city Santa Eulalia — also called “Laia”. The patrons of Barcelona are Saint Eulalia and Saint Mercè. The martyr brings the Gothic Quarter to life with giants, dragons and demons in a programme of events that combines tradition and innovation. Every year, for 4 days around 12 February, the Festes de Santa Eulalia bring fun for residents and tourists in the Catalan capital.

It's a smaller party than the one in September that celebrates the other patron saint of the city… but it’s full of popular cultural activities. Among the most loved is the Laies procession, little church of Santa Eulalia, castellera party, sardanas dances and correfoc with beasts, fire and devils. 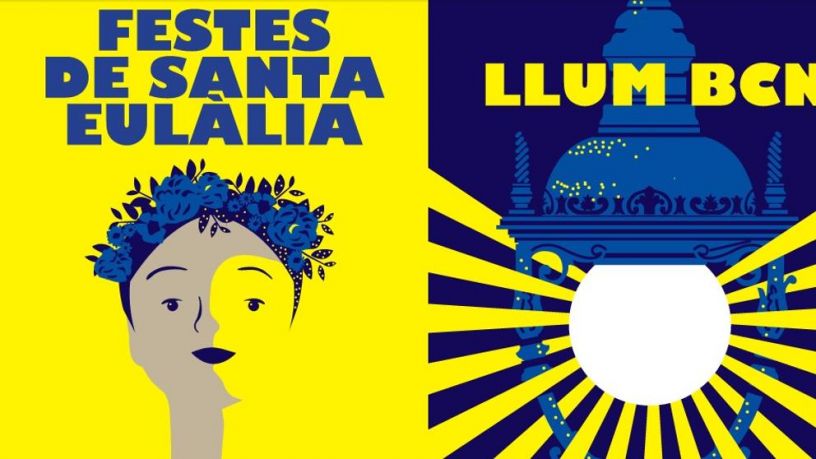 Barcelona proudly commemorates the saint in street-names, statues and monuments around the old part of the city and surrounding areas. The Festes de Santa Eulalia is a big event for children of any age, although there are activities for all ages. But who was Eulalia and what is the history of the event?

History and Origen of Santa Eulalia and the Festival

Eulalia was born in 290 AD in the Sàrria area, which was independent from Barcelona at the time. During a period of persecutions by the Romans in Spain, Eulalia was 13 years old and did not deny her Christian faith. Because of this, she was imprisoned and punished with 13 atrocious tortures such as being locked in a barrel full of nails and rolled down a street now called Baixada de Santa Eulalia (Descent of Santa Eulalia). The legend says that her breasts were cut, she was crucified on an X-shaped cross and finally beheaded. The festival is dedicated to children because of Eulalia's age — a child who symbolises solidarity, courage and the defence of justice.

The relics of the Catalan Saint are still preserved today in the alabaster sarcophagus located inside the crypt in the Barcelona Cathedral, dedicated to Eulalia. If you want to discover more about the history of this Saint and its Cathedral, check out this article. 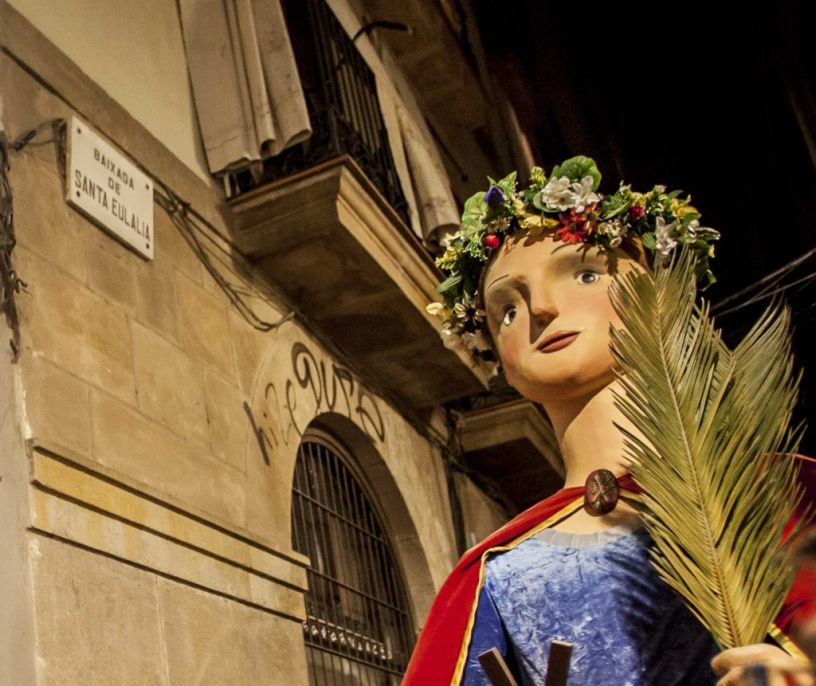 Although the history of Santa Eulalia is very old, this Winter Festival is not. There are some popular celebrations, dances and games around this time that date back to the 18th century but it had never been a constant event. We can say that this festival was officially created between 1983 and 1985 by the Councillor for Culture Maria Aurèlia Capmany with the help of the Giants Troops of Ciutat Vella. Over the years, many activities were added as interest increased, so much so that the event became one of the most important in the 90s.

Like every year, the Festa de Santa Eulalia is accompanied by the Llum BCN: Festival of Lights project. On 16, 17 and 18 February, new technologies and lights become the protagonists in the most illuminated celebration in Barcelona. The Ciutat Vella district lights up with more than twenty illuminations. The biggest projections are at the Generalitat in Plaça Sant Jaume. 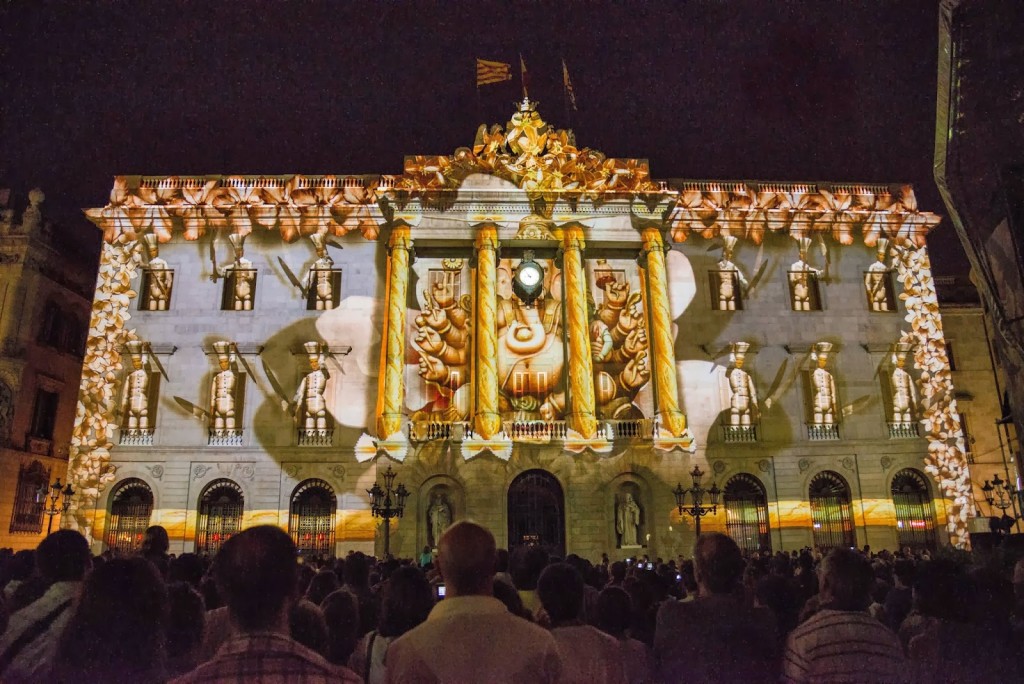 Projection on the Generalitat de Catalunya building in 2017

Another typical tradition during this event is L’aspa de Santa Eulalia (cross of Santa Eulalia), a Catalan dessert inspired by the martyr and shaped like a cross. The dessert is a sweet bread with cherries. 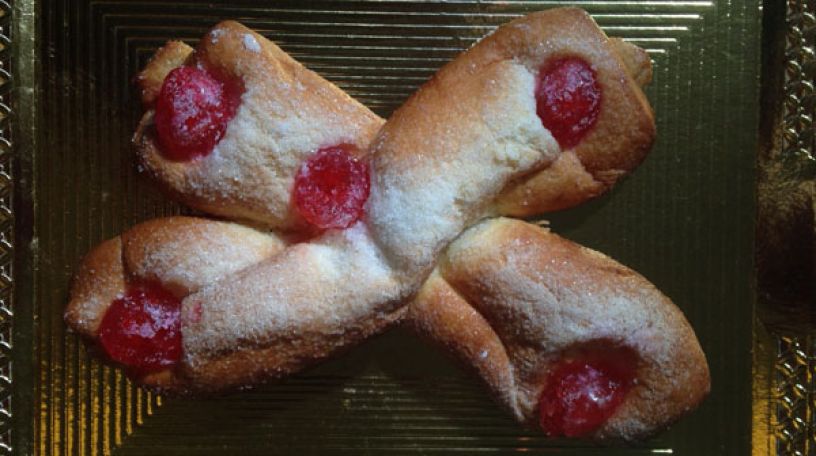 Here is a list of the most loved and anticipated activities: 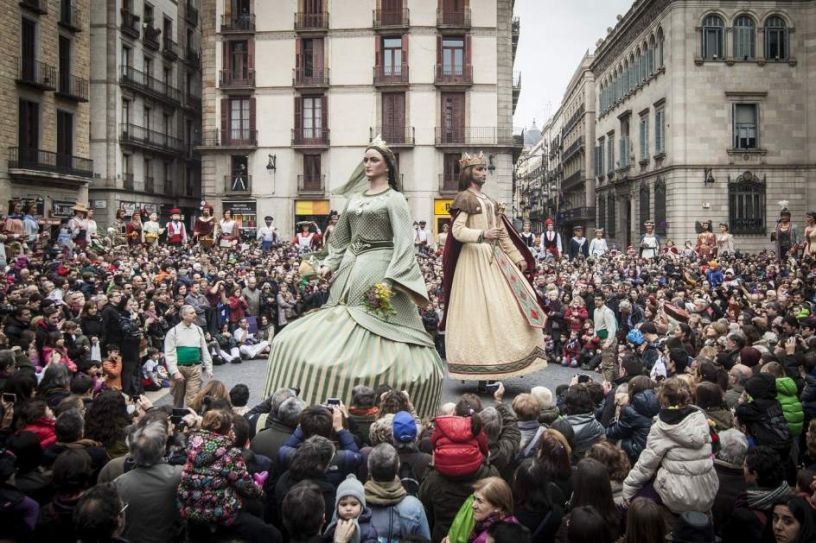 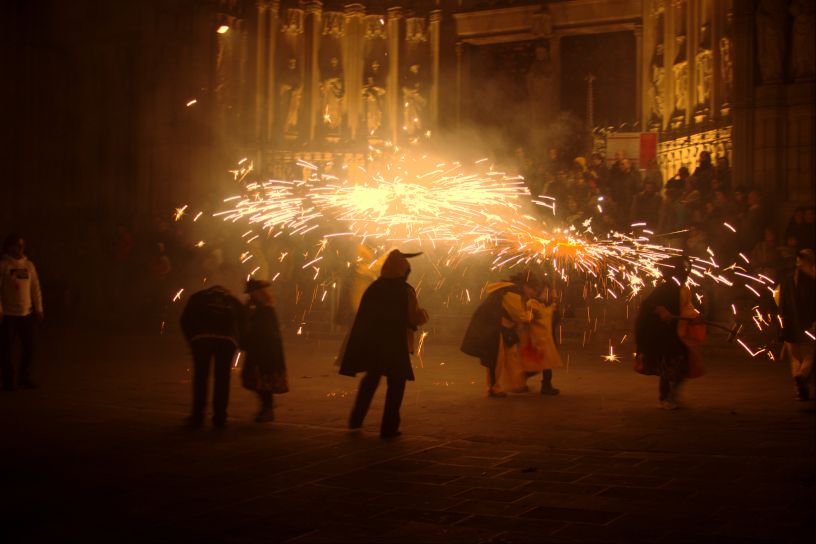 The Santa Eulalia festival also has a photograph contest called La Laia. At the end of the festivities, the Premis Ciutat de Barcelona (Barcelona City Prizes) are presented and the prize for the best Foto Laia (Laia Photo) is awarded. There is a condition though, it's that all the participating photographers must be children.