Home › Community › All Events in Barcelona › Half Marathon

Take part in the Barcelona Half Marathon!

Get off the couch and take part in the Barcelona Half Marathon on 10 February 2019 along with almost 16,000 other participants who have signed up. Anyone can apply to run this 13 mile race (21km) so don’t miss out! 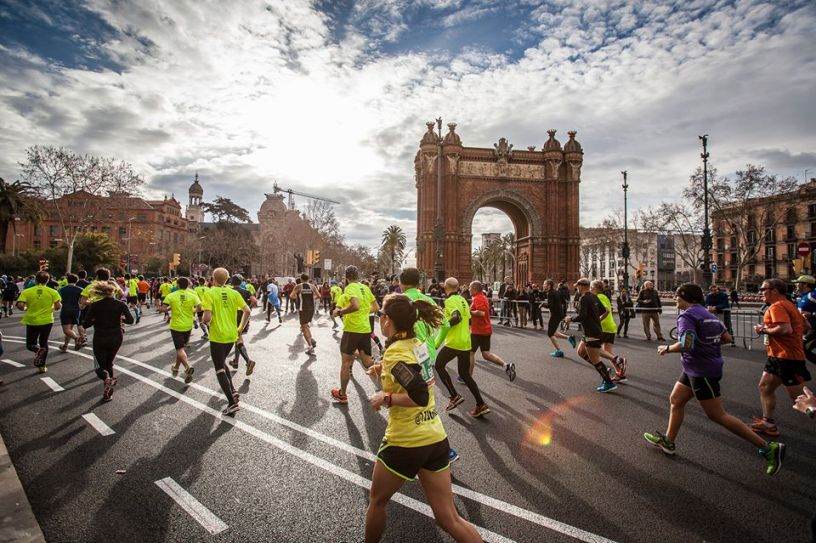 Before the race, you will have to go and collect your number from Las Arenas Shopping Centre on Gran Via de les Corts Catalanes 373 – 385, which is next to Plaza Espanya. Once you have collected your number, you can get changed at the Municipal Sports Centre Estació del Nord on Calle de Napòls, 42 – 44. They will be open on race day from 7am until 12 noon.

The race kicks off on Passeig de Pujades near the Arc de Triomf. Participants will run past the old city along the sea front, along Avenida del Paral·lel, then along Gran Via de les Corts Catalanes. The runners will then heads towards the Fòrum and run back towards Passeig de Pujades along the beachfront. This route shows runners a different parts on the city and some of the major attractions.

Map of the Route

Training for the Marathon

If you’re new to running, your primary goal should be to build the strength and endurance to be able to comfortably run the half marathon on the day, rather than focusing on the time.

What you eat before, during and after your run are crucial. You need to eat the right foods to be able to sustain enough energy to complete your run without going over the top.

Here is an example of a great meal plan to keep you on track.

Run for a Good Cause

There are numerous benefits to running a half marathon, such as the health benefits. However, not only can it benefit yourself, it can also benefit others too.

Participants are encouraged to raise money for a cause, such as poverty, rare diseases, disabilities, scientific research etc. You can raise funds on the Migranodearena website and share it with friends, family and work colleagues. By running for a good cause, you are likely to be more motivated and get more personal satisfaction as you will be making a difference by improving the lives of others.

To help you keep motivated, here is a great playlist!