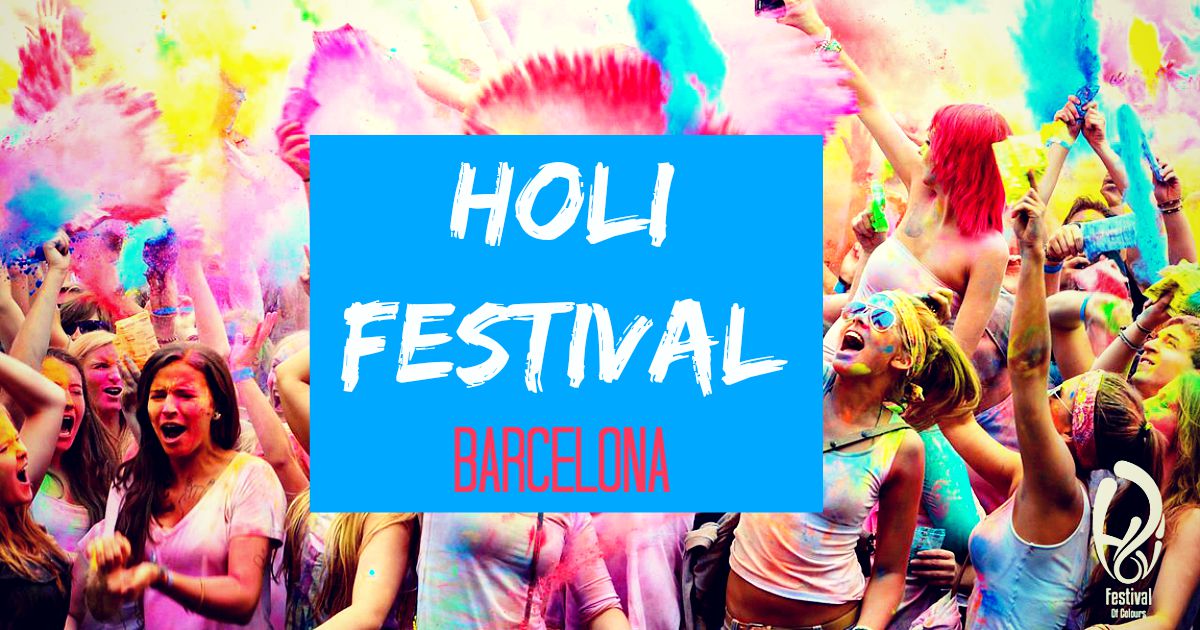 Barcelona has never been more colourful!

This October, one part of Barcelona will come to life in a spectacle of colour and joy. Participants will flock to Fira de Montjuïc, where those who aren't afraid to get messy will celebrate together by throwing coloured powder in the air, transforming the area into something of beauty. There will also be live music from international artists to add to the spirit. 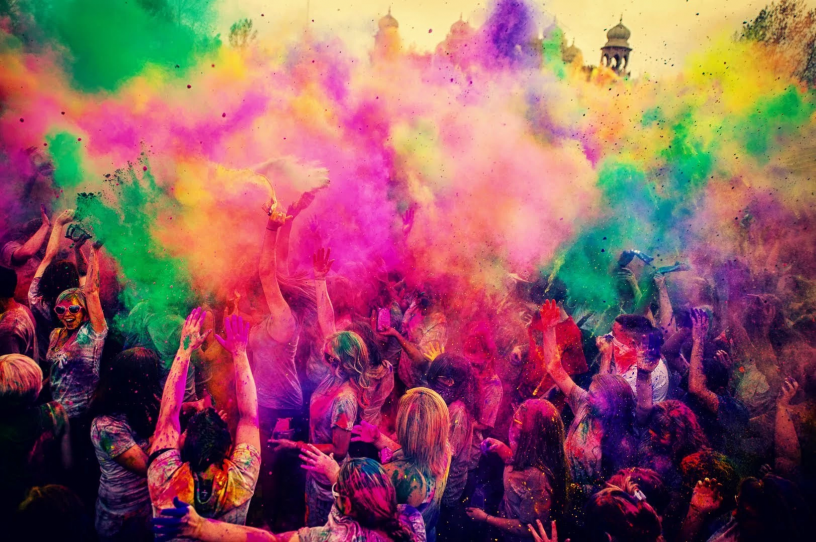 Spraying of colours at Holi

The Holi Festival takes place on the day of the fullmoon of the Phaluga month and is one of the most famous events celebrated in India and Nepal. Holi, a traditional Hindu festival, celebrates the good over evil and symbolises the transition from a hard, dark winter to a brighter, more pleasant springtime and harvest to come. It’s a festival representing colours, emotions and happiness.

It is said that Holi has been celebrated since before Christ, however the meaning of the festival is believed to have changed over the centuries. Originally, it was a ritual performed by married women for the happiness and well-being of their families and the full moon (Raka) was worshipped.

Typically, the night before the festival, a Holika bonfire is burned to celebrate the story of Prahlada. Holika was a female demon, and the sister of Hiranyakashyap, the demon king, who considered himself higher than all the gods.

He also had a son called Prahalad, who the demon king hated as he was a loyal devotee of the god Vishnu. Prahalad refused to consider his father a god, therefore the king tried to kill him. None of his attempts worked, therefore the king asked Holika to try to kill him. Holika had been given the gift that made her immune to fire, so she planned to sit in the middle of the fire with Prahalad, however as she was using her power to do something evil, it vanished and she burned to death whilst Prahalad was protected by his god Vishnu.

This is where the symbolism of good over evil comes from when celebrated today. However, the most striking and best known aspect of the festival is the spraying of brightly coloured powders and water, leaving festival goers coated in colour by the end of the day.

The coloured powder – or gulal - and coloured water - rang - thrown during the festival come from the legend of Krishna, whose skin was dark blue. Worried he wouldn’t be accepted by his love Radha, he mischievously coloured her face to make her like himself. At Holi, is covered in the perfumed powder as a celebration of Krishna and Radha’s love. The powder also signifies the coming of spring and all the new colours it brings to nature.

Historically, the gulal was made of turmeric, paste and flower extracts, but today synthetic versions are largely used. The four main powder colours are used to represent different things. Red reflects love and fertility. Also considered a mark of matrimony, brides in India wear red most often at their wedding as it symbolises fertility, love, beauty, and marriage.

Yellow is another important colour, as it is synonymous with turmeric, seen as an ingredient of great importance. It also has medicinal uses that come from ancient times and is used for the treatment of inflammatory and digestive disorders.

Other notable colours used are blue, the colour of Krishna, and green, which symbolises spring, new beginnings, harvest and fertility. 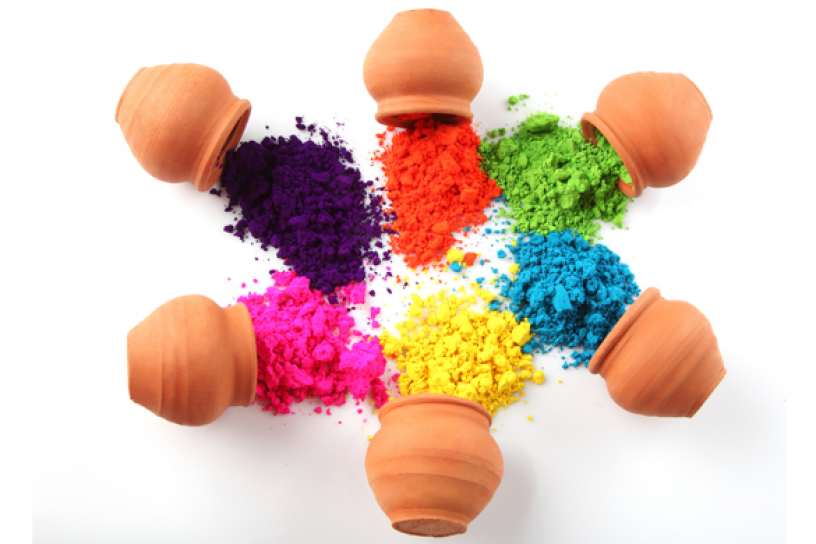 During Holi, all social barriers are completely broken down and ignored. Regardless of age, gender, race or class, everyone becomes equal. The powder and coloured water make everyone almost unidentifiable, as they remove every distinction, emphasising the oneness of humanity. The rich and poor cannot be distinguished, as everyone’s clothes look the same. In India, the newspapers often shown ministers and prime ministers getting splashed with colour.

Holi festival is all about forgetting the past, leaving behind animosity and hatred. These past feelings are replaced with complete forgiveness and compromise and everyone is engulfed in merriment, joy and happiness. 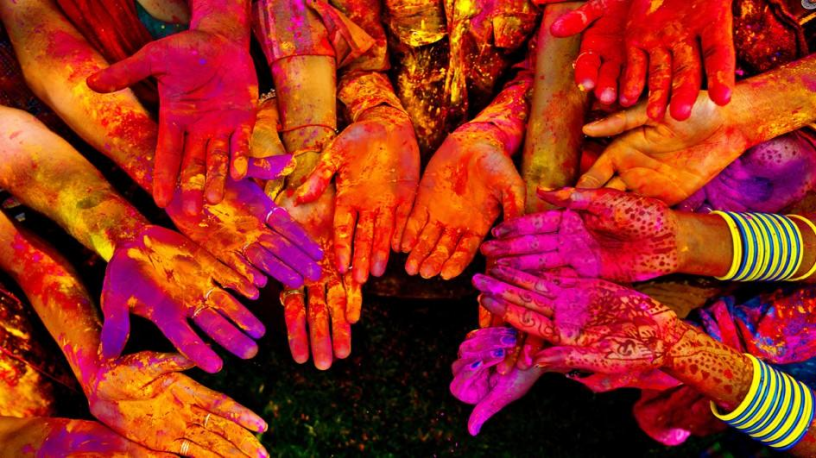 In Barcelona, Holi Festival has been morphed into an electronic dance festival. DJ’s such as Sandro Silva, Wolfpack and UMEK (to name a few) have performed to crowds of over 7,000 people at past events in celebration of Holi, as shown in the two videos below. We guarantee the DJ’s will keep energy levels high and ensure it is one of the best events of the year!

DJ performing at the festival