In this article you'll find a detailed summary of the most important activities that take place during the Festivals of Gràcia — known as Les Festes de Gràcia. If you need more information, you can find it on their official Facebook or Twitter page.

If you come to visit the capital of Catalonia, ​​we will help you to find the best apartment for rent in Barcelona. We offer apartments of different types, renovated and well furnished in all areas of Barcelona!

From 15 August, over seven days of activities for all ages will take place continuously. The festival has a special ambience and there will be food and refreshments in the streets at affordable prices. 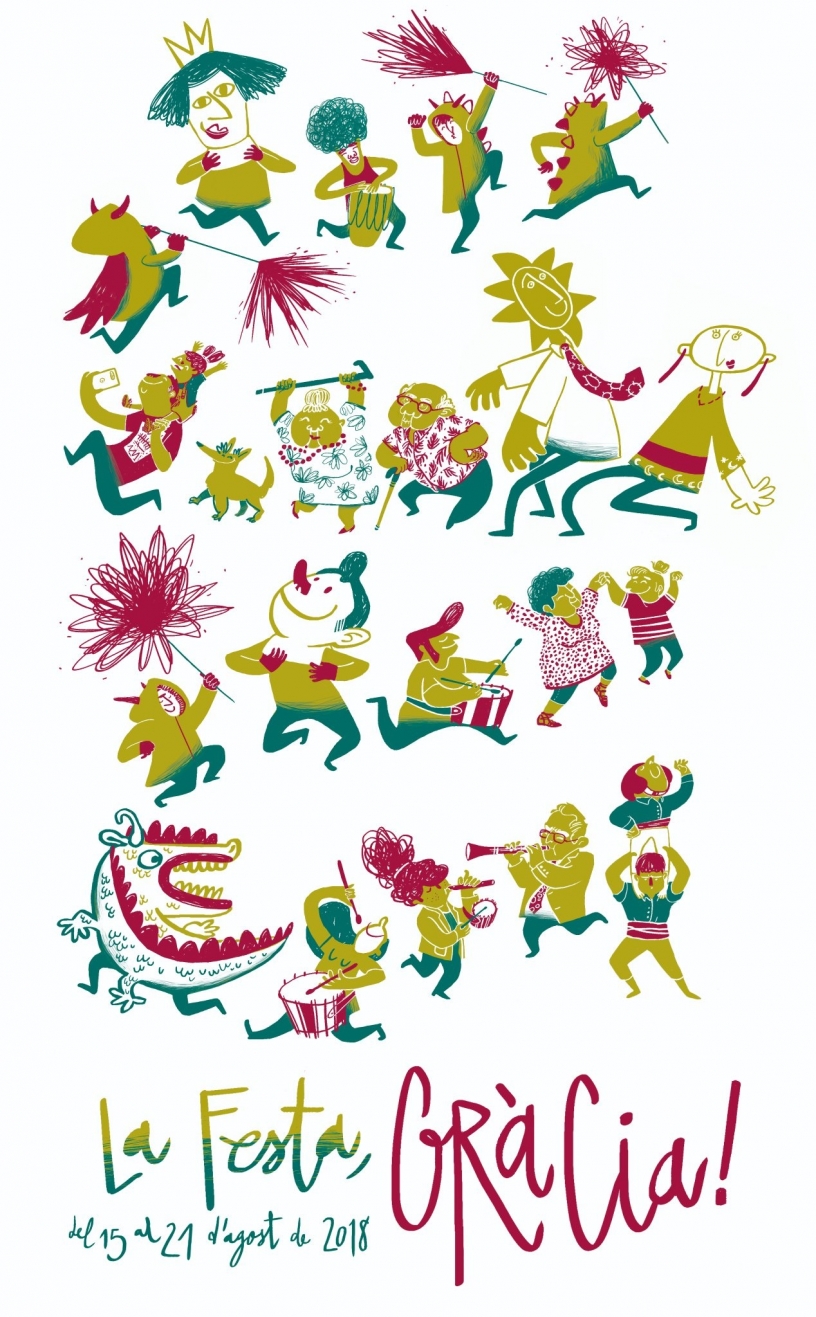 The festivals started in 1817, or at least that's the earliest recorded date historians have about the festival. That means this year is the second centenary of the festival, marking 200 years. Said malcontent was reflected in the decoration of the streets, concerts titled Nova Canço Catalana (New Catalan Song) and carrying out traditional Catalan activities.

During the dictatorship of Franco, the festival had a malcontented tone that was in favour of democracy and Catalan culture during a time of Catalan suppression.

If you come to visit Barcelona, ​​we advise you to stay in an apartment in the Gracia neighborhood. In this way, you will be close to everything, save and gain comfort.

The Festivals of Gràcia, known as Les Festes de Gràcia is the most important festival in the Gràcia district of Barcelona. It is easily one of the most popular celebrations in Barcelona amongst locals and tourists alike. The origins of the festival date back to the 19th century, but today it's still attracting thousands of people each year.

The biggest attraction of the festival are the street decorations around the neighbourhood, each with a different theme. Various streets battle it out for the most original decorations and the best takes the annual prize. This all results in some very creative transformations.

Handmade ornamental elements fill all corners of Gracia. They are true works of art, made by the area's own neighbours, which flood their streets with colour, life and art. Each street chooses its own theme. They use any recycled and recyclable material at their disposal, such as paper, coloured paperboard and bottles.

This practice can be tracked to the beginning of the 20th Century, with evidence that spectacular scenery was staged along the streets, including pieces from important artists of the time. In 1935, the Comitè de Fires i Festes (Fairs and Festivals Committee) was created, the precursor to Federació de la Festa Major de Gràcia (Festa Major de Gracia Federation). In 1975, only five streets were decorated, but little by little the tradition was recovering. Today there are countless streets that are decorated with a different theme every year. 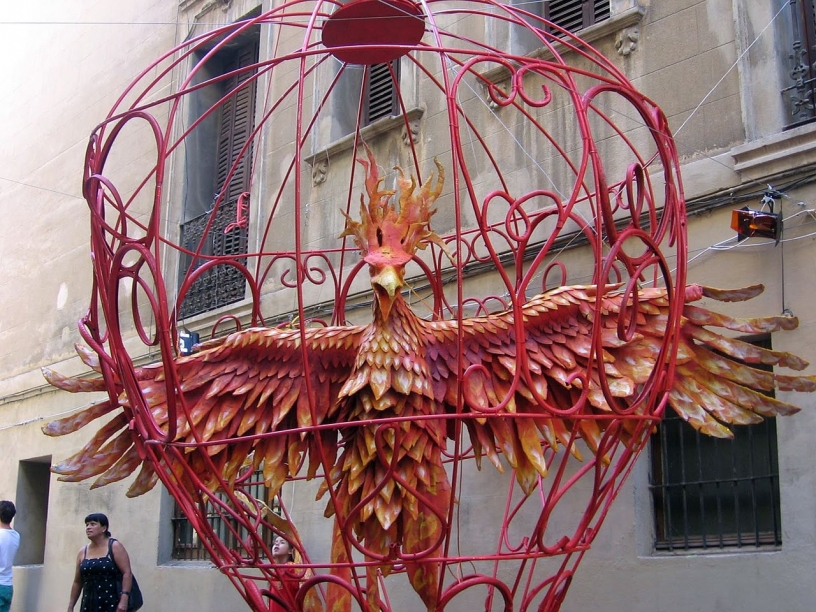 The streets get inundated with decorations!

This traditional Catalan circle dance is accompanied by a live music. Participants hold hands — usually alternating between sexes — and dance in light movements.

The dance can vary in number of participants and doesn't require great physical condition outside of competitive styles, making it very accessible for anyone wishing to take part. It's a rather simplistic dance so that it's open to everyone to join in, which is why it's so popular.

Meeting and dance of the Gegants

Gegants is Catalan for giants. They are huge effigies that are controlled by a person underneath them. The local Gegants will meet, dance and parade with various others from around Barcelona and Catalonia. 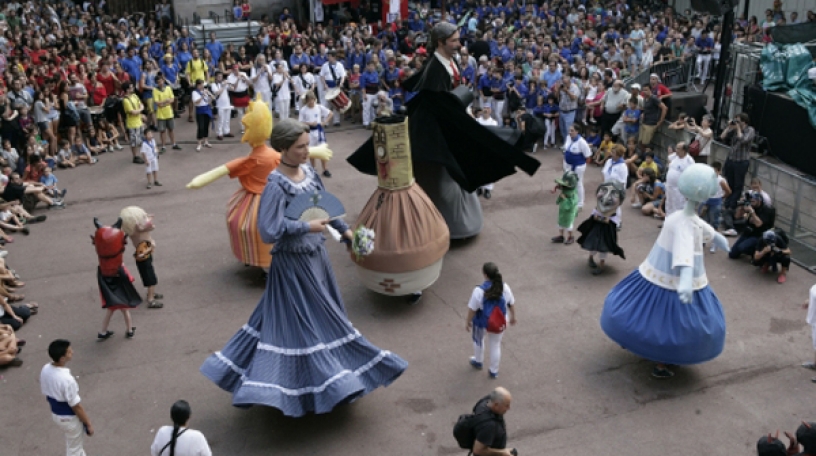 Correfoc means 'Firerun'. It's a parade in which Diables (devils) run and dance through the streets spreading sparks and fireworks. There is a percussion band that follows, pulsing out rhythmic and trance-like beats. The devils attempt to scare onlookers by waving fire tridents toward them. There is a child-friendly correfoc for children that's a little less intense. 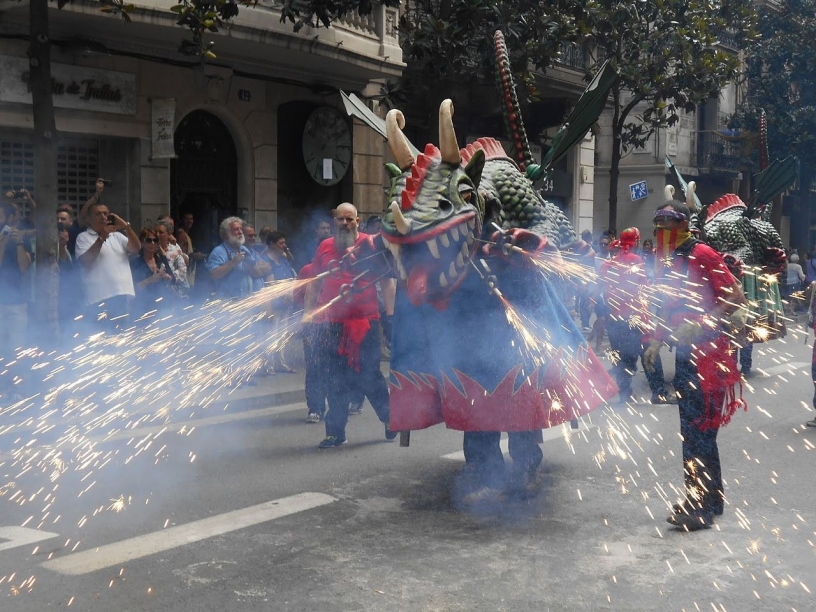 The Gracia Dragón at the Correfoc

We are still waiting for the concert schedule for the Fiesta Mayor de Gracia 2019. 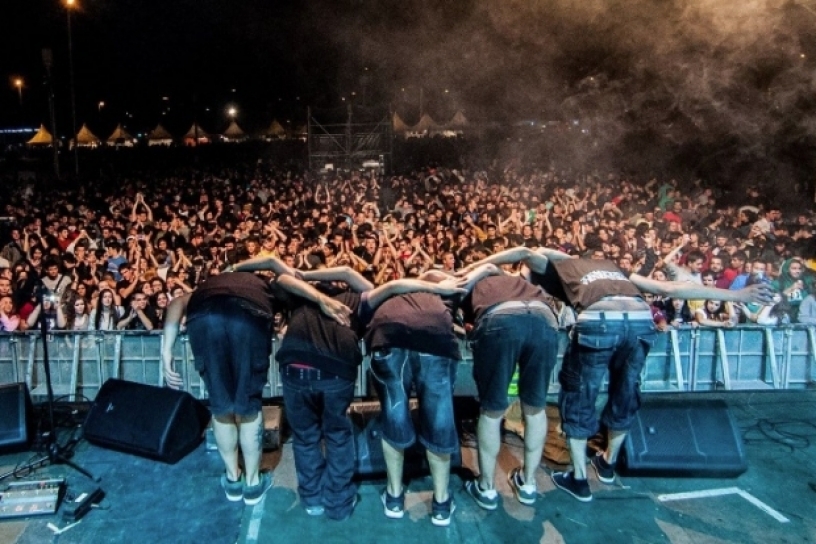 They are considered to be one of the most vibrant and well-known festivals in the entire city. Did you know it's not the only one in the city? In fact, every neighbourhood has a Festa Major, so practically every day of the year in Barcelona sees one (full schedule of the major festivals in Barcelona here).

Rent an apartment in Gracia and Sarrià-Sant Gervasi