The Festa Major de Sarrià (or Festival of Sarria) is a participatory event, even when it comes to organising it; many people from the neighbourhood get involved who are brought together through the Festes del Roser de Sarrià Commision. The neighbours personally take part in decorating their balconies and building façades, as well as organising community dinners around the many of the streets of the historical centre. Also, the numerous schools in the neighbourhood organise parades every year with traditional dances, Gegants (Giants), Capgrossos (figures with oversized heads) and Diables (devils).

Sarrià was the last town annexed to Barcelona. Different to other towns annexed to Barcelona like Sants, Gracia, Sant Andreu, it was not incorporated by Royal Decree and delayed the process until 1921. Nowadays, the Festa Major, in honour of Our Lady of the Rosary, is one of the acts that allow Sarria's residents to affirm their identity.

Virgin of the Rosary worship spread throughout Catalonia during the 16th and 17th centuries, through the consecration of chapels and small altars. In the case of Sarrià, legend has it that the devotion comes from the beauty of the rosebushes that flourished every spring on the riverbed of a dry stream that crossed the city.

The Festa Major of Sarria as we understand today, has been run by the same commission since 1973. 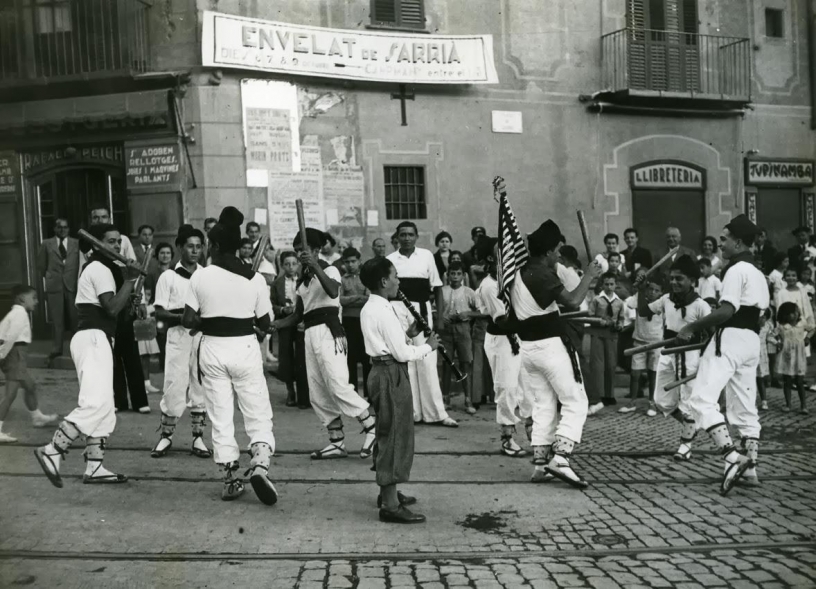 The ‘Cercavila’ is a musical parade that has origins in Spain from the beginning of the 17th century and is interpreted by street musicians. There is a starting ceremony, traditionally held at 6PM. The route is: Casa Orlandai, Jaume Piquet, Major de Sarrià and Plaça del Consell de la Vila. 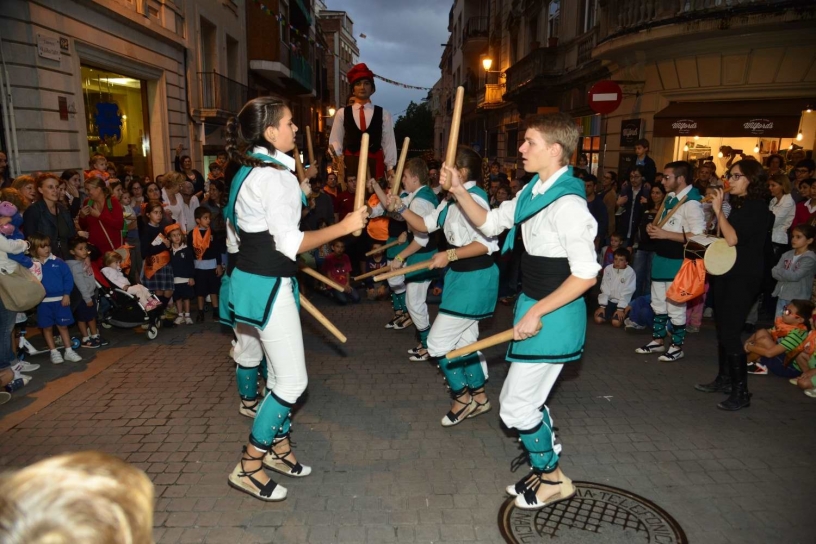 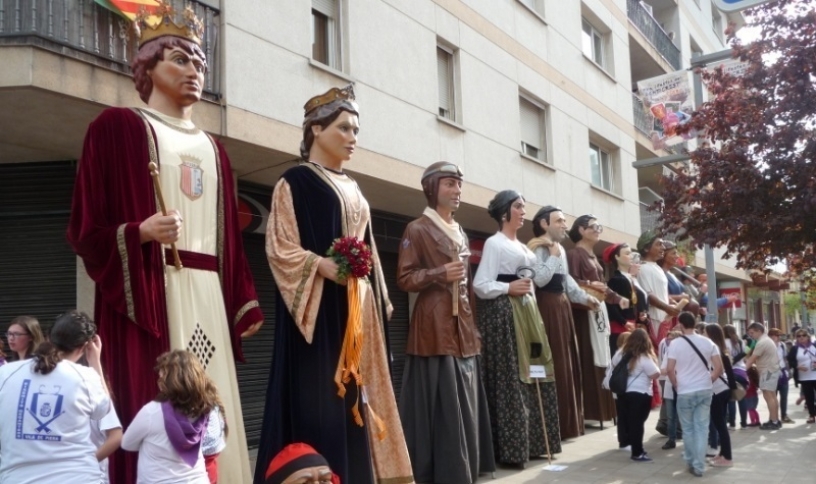 The giants in a line

The Correfoc is a spectacle in which the public interact with fire and diables (devils). It is generally celebrated at night, has a fixed itinerary and devils tend to appear in festive imagery alongside dracs (dragons).

To participate in the correfoc: 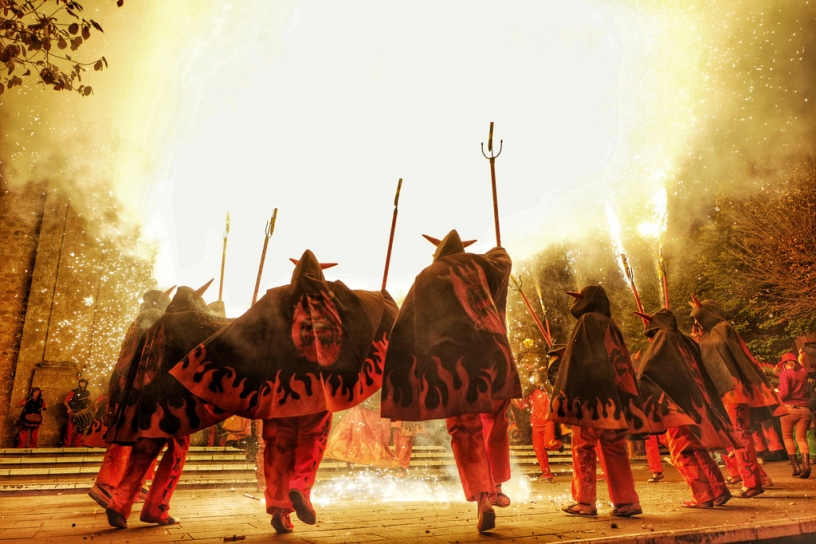 The team that gains the most points is the winner of the Battle for Sarrià. The competition is open to people of all ages who want to take part with all their friends, families and neighbours.

There's a lot of push behind this particular event. The organisers want it to be one of the main aspects of the celebrations and another reason to get out into the street. 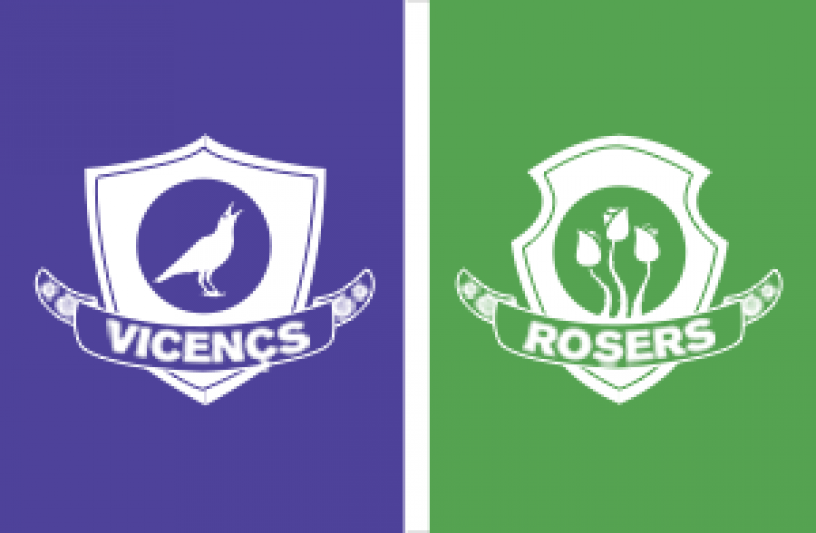 The battle for Sarria

Here you can see the complete programme of the Sarrià events 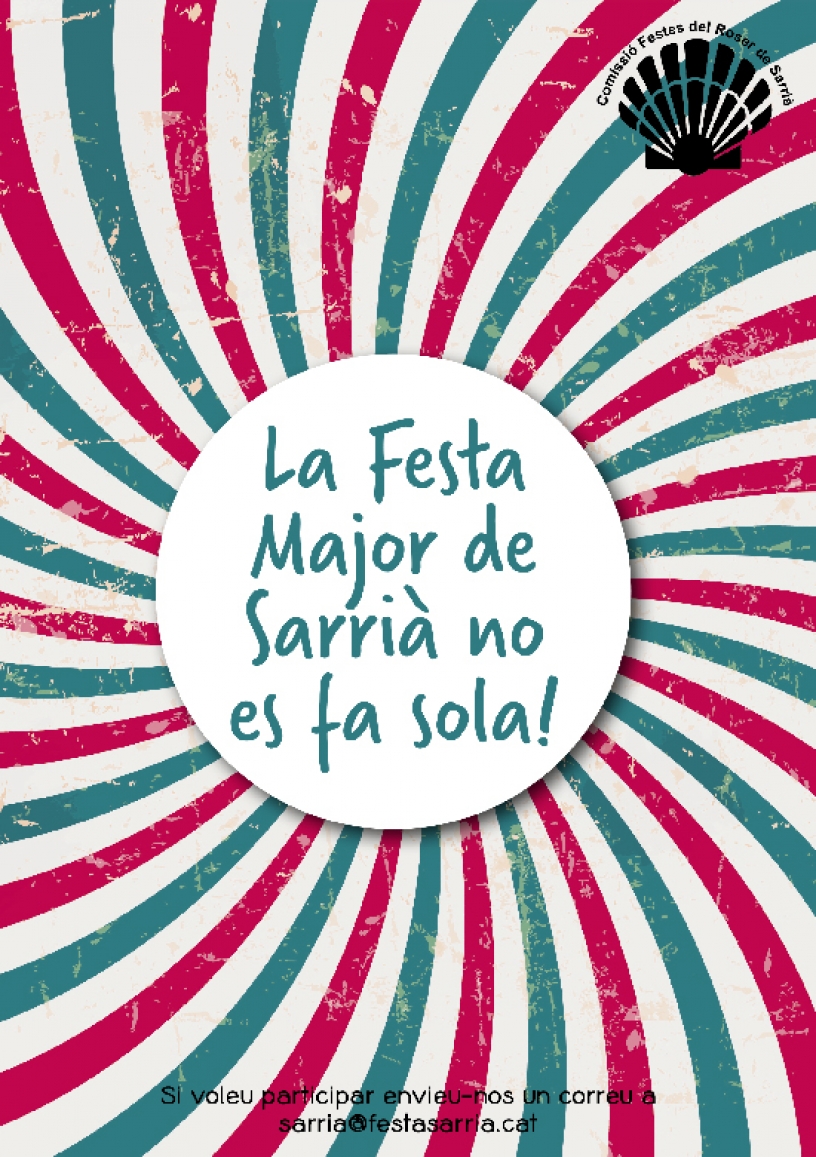 Sarrià-Sant Gervasi occupies a large area in the upper part of the city. Until the 19th century, this neighbourhood was considered as a zone that was separate to Barcelona. Sarrià-Sant Gervasi is full of things to visit. The view from 550 metres high at the beautiful Church of Sagrat Cor is well worth the visit.

The Festes Majores are a classic for neighbours in Barcelona, as you can see. Discover all of them in this guide we have made especially for you. Yes you!