Catalan referendum: 1 in 3 foreigners in favour 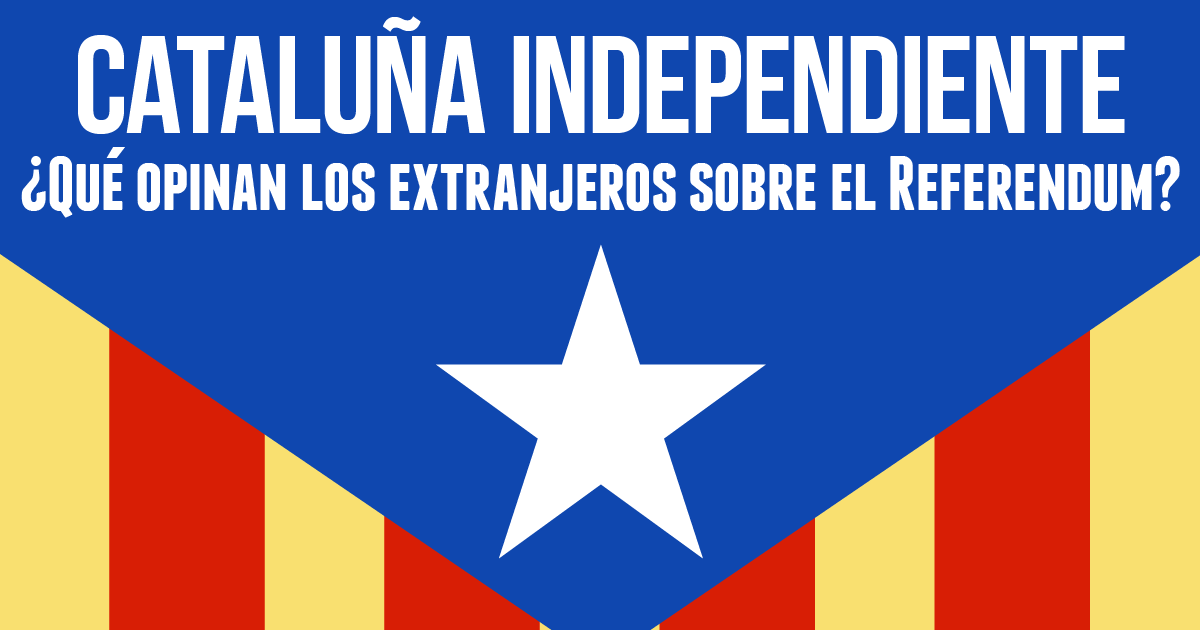 Expats give their opinions on the Referendum in Catalonia

850 foreigners who have been living in Barcelona for at least 3 months respond to a survey made by OK Apartment Barcelona.

The question: What is your opinion about holding a referendum for self-determination of Catalonia? The results were: Disagree - 32%. Agree - 28%. Unsure/Prefer not to answer - 39%

Discarding those who are unsure or won't answer, then we find 54% disagree and 46% agree. A result that's slightly different from the Catalan population at the 2016 parliamentary elections of Catalonia.

Responding to 'Would you like to improve your level of Catalan?' the results were that 45% planned to improve and that 18% are already learning. 37% had no plans to improve.

We also made a video to compliment the results of the survey with expats we found around the streets.

The respondents also answered other questions about Barcelona. You can discover results like what foreigners living in Barcelona like most about it - here - and what they like least - here.

What's your opinion about a referendum in Catalonia?

In a general sense, we could say that if we bring together three foreigners living in Barcelona, one will be in favour of the Referendum, one against and the other would be unsure or not answer. 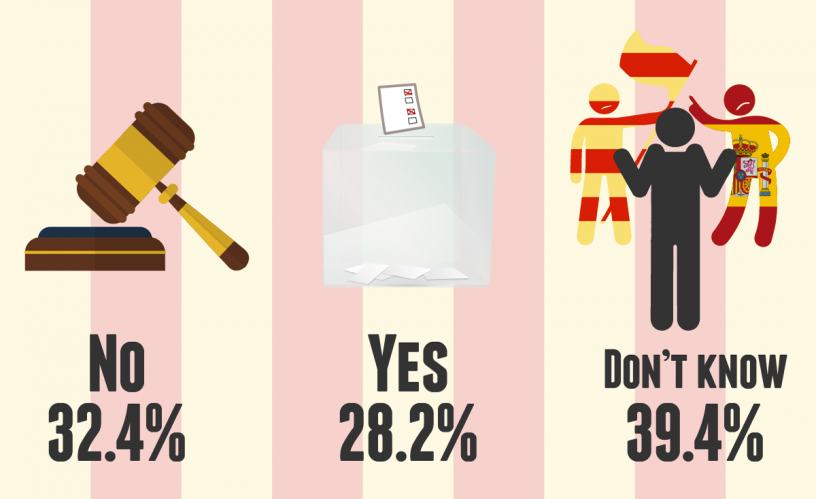 Results of an opinion poll with 850 respondents

Here are some of the comments that the respondents made:

“I agree that they should. The citizens have a right to express themselves, though personally I'm against independence.” / “It really doesn't matter to me, but if it happens I'll leave immediately, without a doubt.” / “Whether you agree with independence or not; the freedom to decide is vital in a modern democracy.” / “We all have political opinions, I think that this is something for the Catalans to decide (or the people that have lived here a long time). It's their land.” / “It should be up to the Catalans to decide. They must have the chance to vote. I'm not sure whether I'm for or against independence.” / “I think that Catalan independence isn't something real and it's surged more for selfish economic reasons rather than authentic cultural reasons.” / “This is for the Catalans, I won't get involved in their decisions.”

Differing results with the Catalan population

If we look at the data and take only those in favour or against, we see that "No" to a referendum totals at 54% against and "Yes" at 46%.

This data seems to be opposite to how the Catalan population feels about having a referendum according to their most recent voting in the Catalan Parliamentary elections. The percentage of votes were as follows:

As you can see, where with the expat population would mostly say "No", Catalans mostly say "Yes" to a referendum and vice versa.

Other questions were asked in the survey, such as 'For how long have you lived in Barcelona?' and 'What is your level of Catalan and Spanish?'.

This is contrasted with the general response in the following infographic: 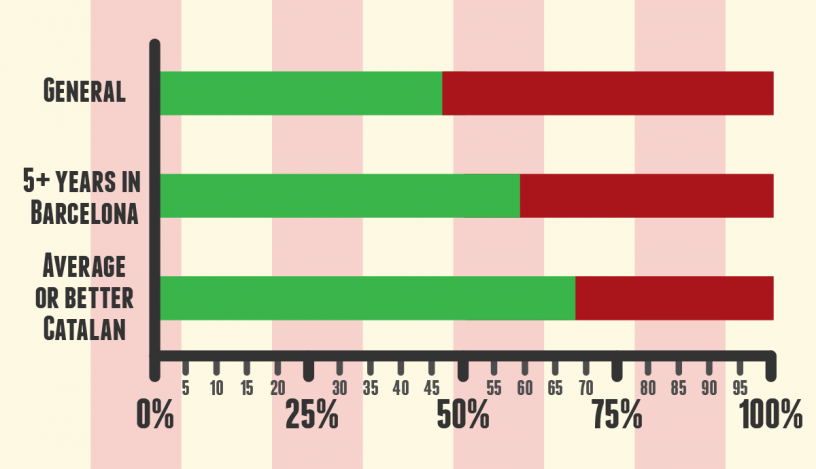 How time and level of Catalan affect opinion on referendum

If you come to visit the capital of Catalonia, ​​we will help you to find the best long term rental in barcelona. We offer apartments of different types, renovated and well furnished in all areas of Barcelona!

Video interviews with expats talking about the referendum

In this video, we compliment the opinion poll with some interviews with foreigners living in Barcelona whom we found around the streets. They conform with the results.

Level of Catalan and Spanish

Another large radical difference indicates that only 0,48% of the respondents do not understand any Spanish compared to 19% that have no understanding of Catalan.

In general, comparing both of Catalonia's official languages, the level of Spanish is exceptionally higher amongst foreigners that live here than Catalan. 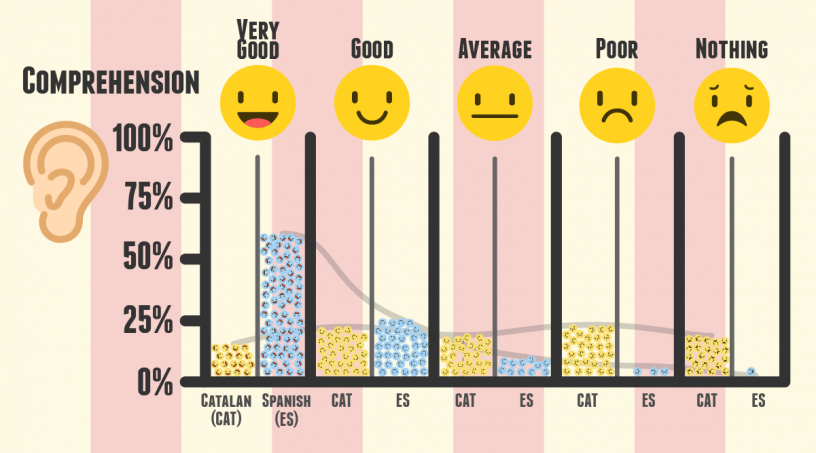 However, with Catalan it's inversely proportional. 72% cannot speak Catalan with no ability (45%) or at least a poor level (27%). The number decreases as ability increases, with a smaller percentage with average level (14%), even smaller with a good level of spoken Catalan (8%) and finally an even smaller amount who speak Catalan very well (5%). 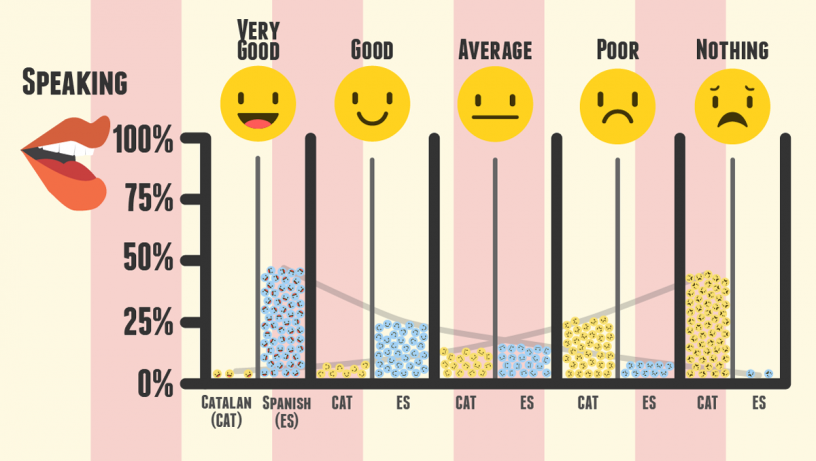 Much like speaking, as many as 70% write Spanish very well (28%) or well (43%), followed by fewer who have average writing skills (17%). Identical to the speaking result is the poor level of writing in Spanish (10%) and scarcely anyone is unable to write any Spanish (1%).

The same inverse proportion between Spanish and Catalan for speech repeats here. There are as many as 77% that cannot well write in Catalan either at all (52%) or poorly (25%). There are fewer with an average writing level of Catalan (11%), fewer with a good level of writing (8%), and hardly any with a very good level (4%). 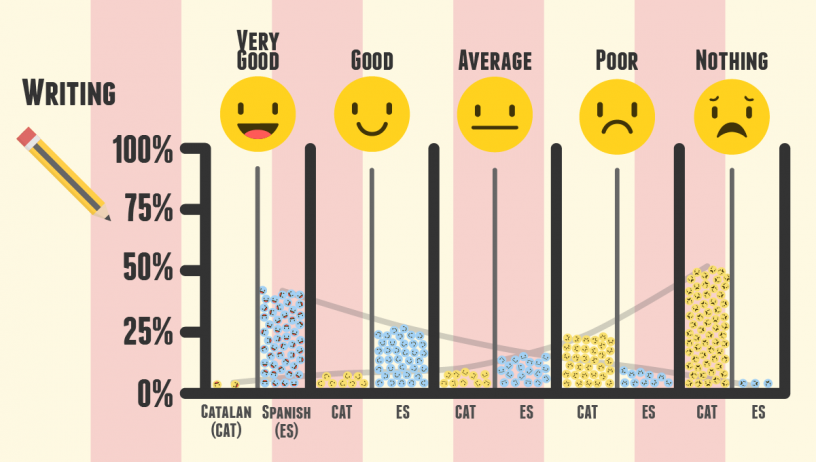 In your everyday life, have you encountered difficulties for speaking in Catalan?

Curiously, 5% have had difficulties for speaking in Catalan (40), when asked to explain why, responses included for being misunderstood, at university, work, etc... Some had problems for speaking Catalan outside of Catalonia.

Would you like to improve your level of Catalan

The majority with 45% say they will learn but they have not planned it yet (373).

Amongst those that are learning they say they are doing so using books, Television, internet courses, and school courses. Most responses though highlight that the best way to learn Catalan is by speaking with Catalans - making friends and in day to day life like going to university and work. They also mentioned the free courses offered by the Consorci per a la Normalització Lingüística.

It contained many questions that allowed us to get to know the opinion of the foreigners of Barcelona. More results have been published in the following articles: 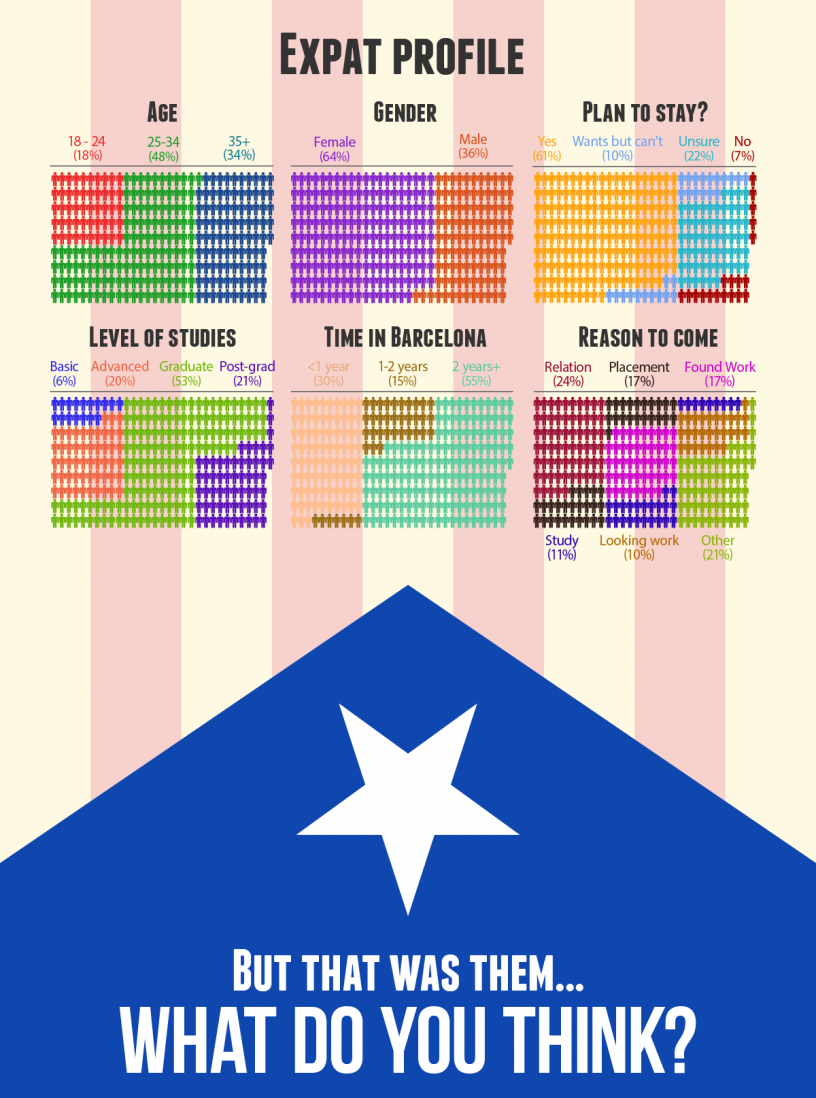