The Game of Thrones exposition kicks off in Barcelona!

An exhibition where you can see the costumes and props from Game of Thrones up close, as well as the opportunity to have a photo on the Iron Throne! A great plan for fans and lovers of the series. If you love it too, see it with your own eyes.

The Game of Thrones exhibition starts 28 October in Barcelona to delight fans of the series. In the programme is a tour of the sets from the series, including The Wall — where you'll find the Black Castle — to King’s Landing passing through Winterfell. You'll also be shown costumes, jewellery and other accessories used by the actors over the course of the show.

If you come to visit the capital of Catalonia, ​​we will help you to find the best apartments in barcelona city centre. We offer apartments of different types, renovated and well furnished in all areas of Barcelona!

A real immersion behind the scenes of one of the most watched series. The OK Apartment team went to the exposition and here is a summary of what we found. 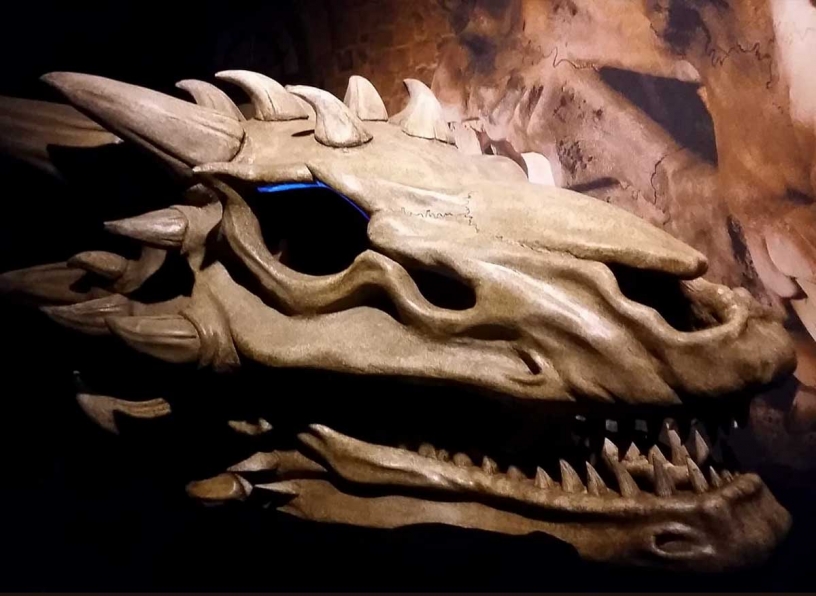 Dragon skull at the Game of Thrones exposition

Discover the clothes and props used by the actors!

Located in the Maritime Museum in Barcelona on Avinguda de les Drassanes, the travelling exposition covers almost 1000 square metres. From the very start, you'll enter the universe of the series as you are offered a brief summary of the 7 seasons that have been aired, which will wet your appetite for what comes next. Once the summary ends, the visit can begin. The doors open to decorations that will take you straight to the heart of winter talked about so much in the series. You walk through a snow forest that takes you to the first dressing room.

For true fans of the series, the signs will not even be necessary because the clothes are easily recognisable and it’s not difficult to recognise the characters that have worn them. Skins for Stark and Bolton, gilding for the Lannisters, black clothes for the Night's Watch — it’s all here! But also, discover props such as swords and dragon eggs used in the Game of Thrones episodes.

The icing on the cake? The exposition takes you through the different places and iconic landscapes of the series. From room to room, you'll be immersed in different worlds with immersive ambient music that almost makes you forget you’re in Barcelona. 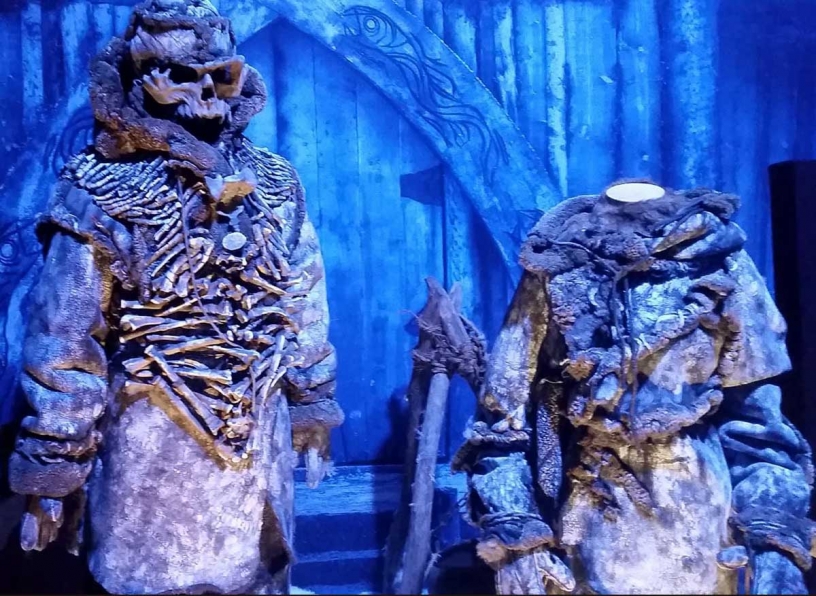 Savages clothes from beyond the wall in Game of Thrones

Become a King/Queen of the 7 Kingdoms with a photo

To make this an unforgettable moment, the exposition offers various photo points where you can pose with Ned Stark’s sword, climb the ice wall or see your head appear on the wall of faces. Of course, your visit ends with the famous and coveted Iron Throne. You'll have the chance to take a photo sitting proudly on the throne that has seated King Robert, Joffrey, Tommen and finally the person you love to hate — the current queen of the Seven Kingdoms — Cersei Lannister.

This very coveted photo is the best way to end your visit. The queue is quite big, since there are many people who want to sit on the Iron Throne. But look at the attention to detail! This image has a price… in fact you’ll have to pay 12 euros to get it. 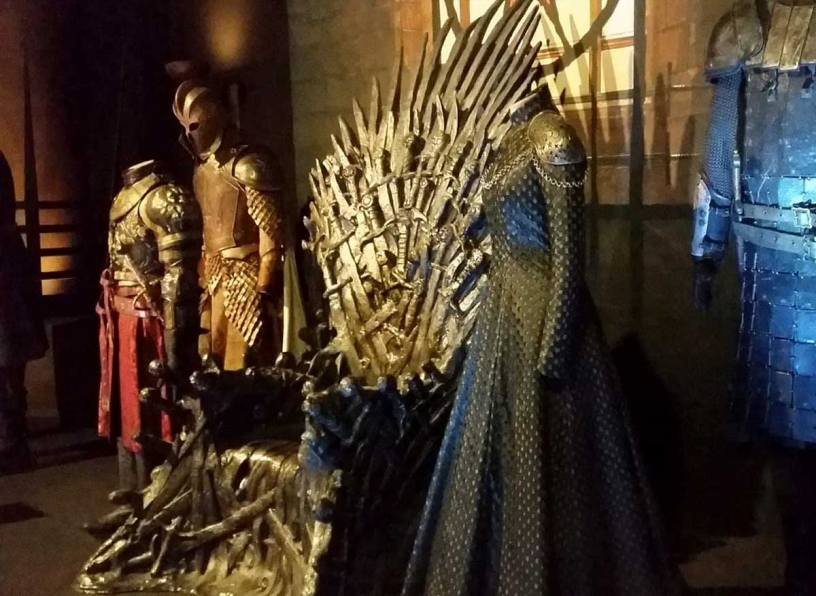 Although those who live in Barcelona or in the neighbourhood are delighted, many ask why the production team has chosen Barcelona as its first stop for the world exhibition… There's a reason…

In fact, many scenes from Game of Thrones have been filmed in Spain, especially in Catalonia's Girona region. Some of the scenes of the series were also filmed in Seville, Cáceres, Córdoba, Peñíscola and provinces such as Navarra. Therefore, Spain has offered its landscapes and heritage throughout more than one season. It’s no wonder that this country has been chosen as the first place to host the famous exhibition.

But this isn’t the only reason why the organisers chose Barcelona. They have seen it’s geographical position as a great advantage for the Game of Thrones Tourism Exposition since the Catalan capital, located in the Mediterranean, offers important facilities.

The exposition is open from 10AM to 8PM on Tuesday to Thursday and Sunday; and 10AM to 9PM on Friday and Saturday. On Monday it is closed.

The prices also vary according to when you visit the Game of Thrones Exposition. Adults pay €15.50 from Tuesday to Thursday and children (under 14 years old), €10. Friday to Sunday, adults pay €18.50 and €12 for children.

We recommend that for everything to flow better and your visit to be more pleasurable, you buy a ticket online, where you can select what time you want to go. This way, you don’t have to wait in the long queue. You can buy ticket here.

While the organisers said to reserve an hour and a half to have time to cover the whole exhibition, it only took us 30 minutes to see everything. Of course, you will need more time if you wait in every queue to take photos at every one of the different sites dedicated to this. Be that as it may, the exhibition only has a few rooms and may not take you as long as you imagine.

Game of Thrones — The Touring Exhibition takes place at the Barcelona Maritime Museum located in Avinguda de les Drassanes in Barcelona, not far from the port. You can easily get there by taking metro (L3) and getting off at the Drassanes stop, or by taking the bus (lines 14, 18, 36, 57, 59, 64, 91).