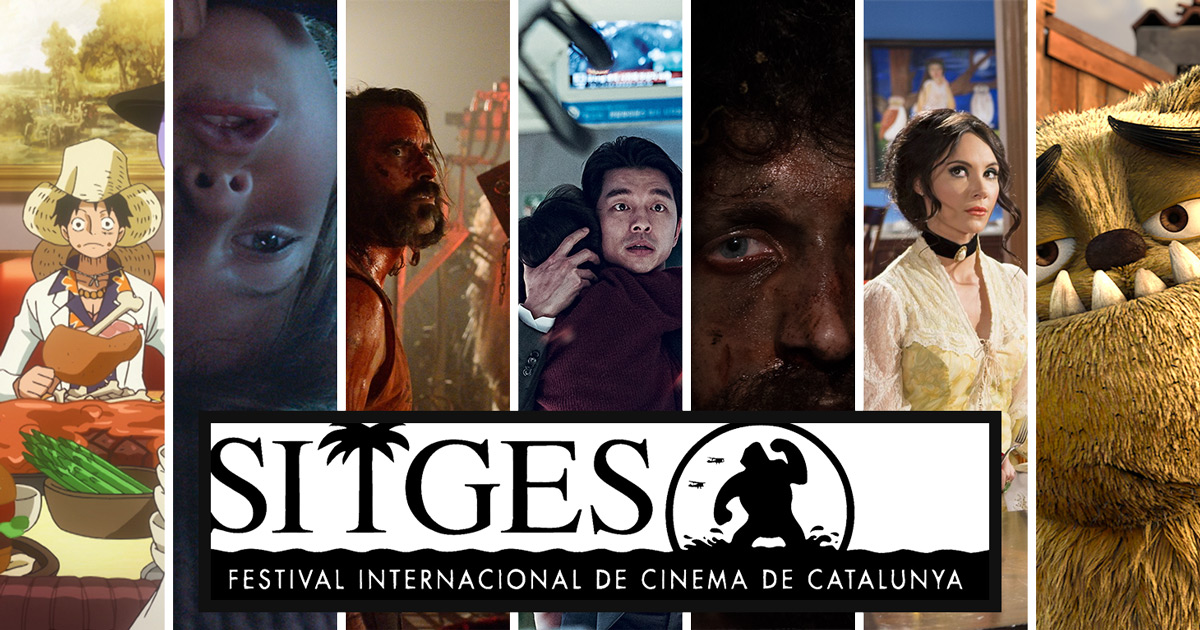 The biggest international festival of fantasy and horror film returns this year.

A much anticipated event by lovers of the genre, the Sitges International Festival of Cinema will give you goosebumps! Considering this is the first horror and fantasy cinema festival, it is also the most high profile cultural event in Catalonia.

Already an essential event for spectators, the festival is also very attractive for the lovers of new audiovisual technology.

This year, for its 50th edition, the festival has decided to pay homage to the classics of the fantasy genre. Four big stars of cinema are invited: Guillermo del Toro, Susan Sarandon, Dario Argento and William Friedkin. But above all, the programme hopes to highlight film-makers, men and women, destined to become the new maestros of the fantasy genre in the next few years. Finally, the festival will let you take a leap into the future thanks to projections in virtual reality.

A poster that combines novelties with the former classics

As we have mentioned, to celebrate half a century, the Sitges International Festival of Cinema Como hemos dicho, para celebrar su medio siglo, el Festival de Cine de Sitges decided to take an interest in the history of the fantasy genre, rediscovering some of its biggest successes, such as The Exorcist (1973), Suspiria (1977) or, more recently, Crimson Peak (2015). The public also have the opportunity to discover films by young film makers that will probably leave their mark on the work of fantasy films such as Brian Taylor (Mamá y papá), Craig Zahler (Brawl in Cell Block 99), Cho Sun-Ho (A Day) and many more.

In 1968, the first edition of the international festival of fantasy film in Catalonia began, called “Week of Fantastic Film and Horror”. Since then, the festival has seen world renowned directors and actors, that allow Catalonia to enjoy a certain public reputation.

Actors and actresses that have gone to Sitges: Jodie Foster, Ralph Fiennes, Sir Anthony Hopkins, Cameron Diaz, Viggo Mortensen, Sarah Michel Gellar and many more. With regards to the directors, the names are no less impressive: Quentin Tarantino, Sam Raimi and Guillermo del Toro have also appeared at previous editions.

Every year, the festival awards the best fantasy film, best director, best actor, best actress… The Belgian Cécile of France was chosen as best actress for her performance in the film “High Tension” in 2003 and American actor Christian Bale (who played Batman in “The Dark Knight”) won the award for best actor for his role in the film “The Machinist” in 2004.

Don’t forget, although the festival seeks internationality, there are some strong Spanish films in Sitges. In 2007, Jaume Balagueró and Paco Plaza were the best award-winning directors thanks to their film “Rec”. A true masterpiece of the genre. The film was so internationally successful that an American adaption was made (“Quarantine”) shortly after the premiere.

At the previous edition, those responsible for the festival decided to pay homage to the Star Trek saga, which celebrates its 50th year. Daniel Radcliffe (who plays Harry Potter) was awarded with Best Actor for his role in “Swiss Army Man”. The film “Train to Busan” also won with award for best director and best special effects.

Are you a film enthusiast and in or around Barcelona? You will then understand that this event was made for you. If you don’t have a car, you can take the train. From the station Barcelona-Sants, it will only take 40 minutes to get to Sitges.