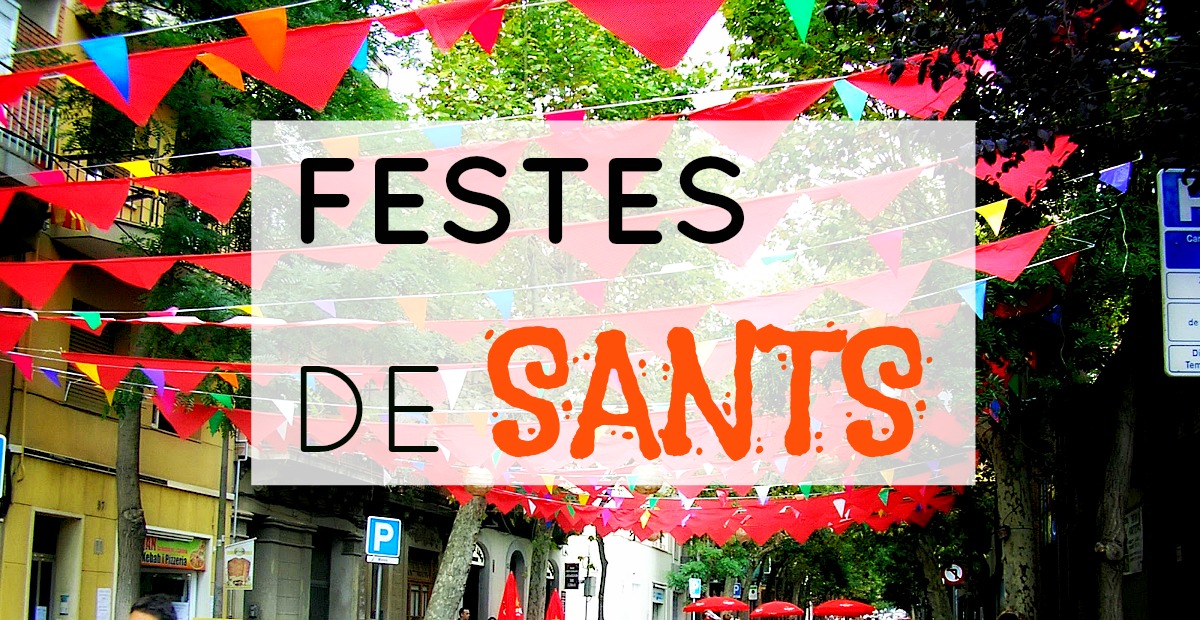 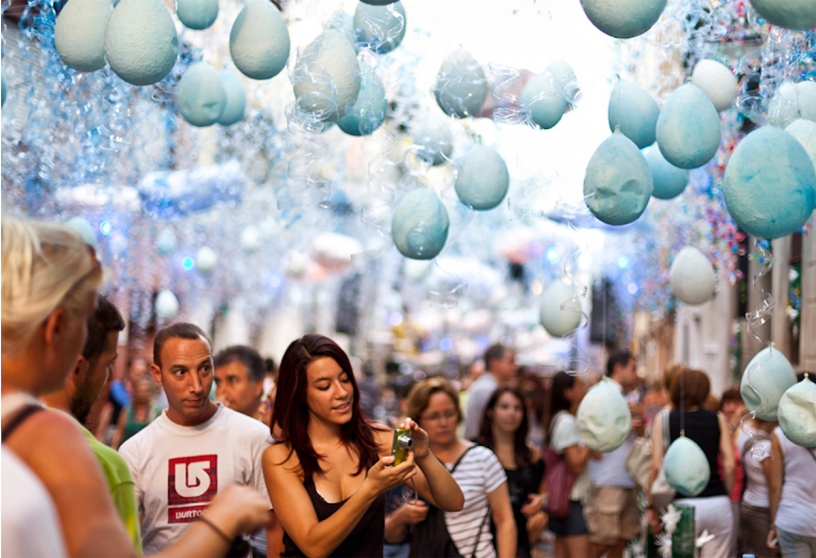 The Festes de Sants are some of the most popular of Barcelona, together with the festivals of Gracia and Mercé. They take place during eight days over the second half of August, include the 24th, the day of the neighbourhood's patron saint — St. Bartholomew. On that day a wreath is made to the saint.

A fantastic part of this celebration is the decoration of the neighbourhood's streets. With 16 of its streets being decorated in a very special way for the occasion. Among these, the best of each year is chosen. It doesn't end there, because the commissioners of the festivals on these streets have organized a total of 488 activities.

This year, Festes de Sants 2019 is held from 17–25 August. There are several neighbourhood commissions that organize activities in addition to the official ones. One of the most known is the Festa Major Alternativa.

New for this year, the Festa Major Alternative will be divided into three spaces along Carrer Muntandas, Carrer Violant d'Hongriala and Calaix de la Vergonya (next to Can Vies). At Parc d'Espanya Industrial there will be a stage with unitary acts from the three spaces and it will also be the emblematic place chosen to carry out the proclamation, at the hands of Joan Manuel V.

Origins of the festivals

The festivals go back to the 19th Century, or at least that's when the first records of celebrating them took place. At that time, the neighbourhood was actually known as Santa María de Sants and an independent municipality of Barcelona that later — in 1897 — would join the city.

It's known that by the middle of that century — in honour of St. Bartholomew — traditional dances and bastoners were performed as a celebration- This, in addition to the main St. Bartholomew dance, where costumed dancers include Roman soldiers, two angels and a demon carrying a kind of utensil with which he would pretend to beat the audience.

At that time there were already floral wreaths, but it was in 1943 when the first street decoration contest was held in Sants, an event that has become an icon of these festivities. 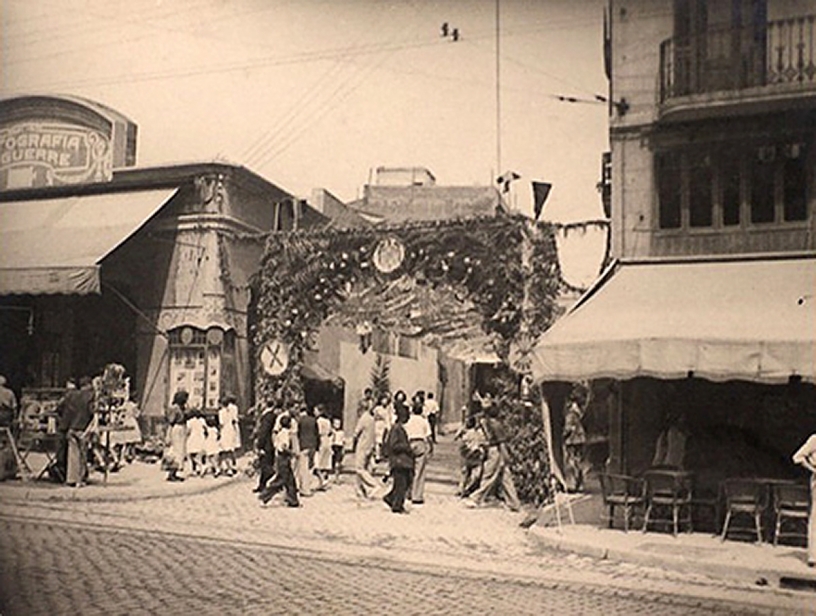 The festival in the past

This is an essential part of the celebrations. The neighbours put a lot of effort into decorating their street in an original and careful way. The one that is most liked will be announced as the winner and will get a prize.

As aforementioned, in 1943 this competition was held for the first time. After it was stopped for a few years, between 1970 and 1984. Since it was held again, it's become one of the main attractions of all who visit the festivals.

The commissions of each street not only adorn the neighbourhood, but they also organize activities, offer food and drinks, and schedule concerts and shows. 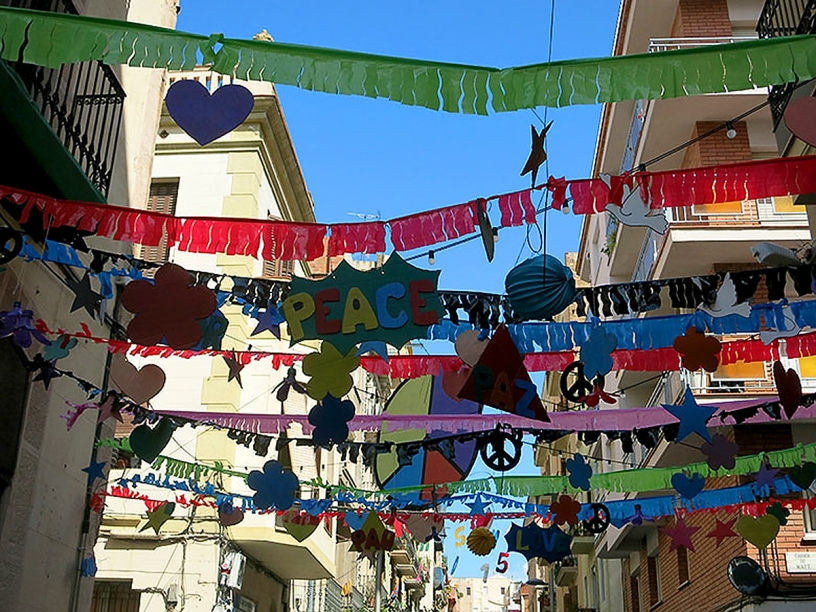 The festival begins with a parade where the Gegants de Sants (Sants Giants), a band and tambourinists take a walk around the neighbourhood until reaching the Parc d'Espanya Industrial. Once there, the giants make a dance and then the inaugural opening is read.

Early in the morning, firecrackers burst throughout the streets. The idea is to wake up the neighbourhood and announce that the festivals are here. Meanwhile, Gegants and comparsas parade through the neighbourhood to encourage everyone to participate in the activities.

These festivals are celebrated in honour of Saint Bartholomew, which is why on the 24 August a floral offering is held at the parish of Santa María. The Castellers de Sants also make their homage to the saint by making incredible human towers.

During all the festivals there are plenty of Catalan traditions and, of course, among them is the traditional Sardanas circle dance. They take place across in good number of streets around the neighbourhood. The Bastoners of Sants also dance over several days around different streets.

There will be one to end the festival, but you can see Correfocs (fireruns) for several nights and locations. It's run by the so-called Colles de Diables (Devils' Brigades). They are people disguised as devils who, with fire and percussion, star in a show with certain pagan tints. 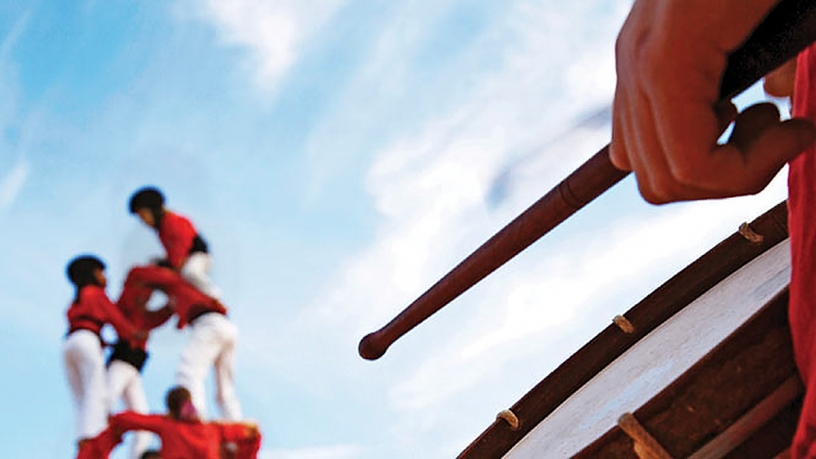 The Festes de Sants have adapted to the times and trends, which is why they've created a contest in which everyone can participate. It's called #BCNSelfie! The idea is to make some selfies during the festivals and upload them to instagram with the hashtag #SelfieSants and #BCNSelfie! You'll also need to follow @AgePaCC.

You can download the full 2019 programme of the Festes de Sants here (Spanish).

Poster for the Fiestas de Sants

Accommodation in the Sants-Montjuïc and Les Corts area