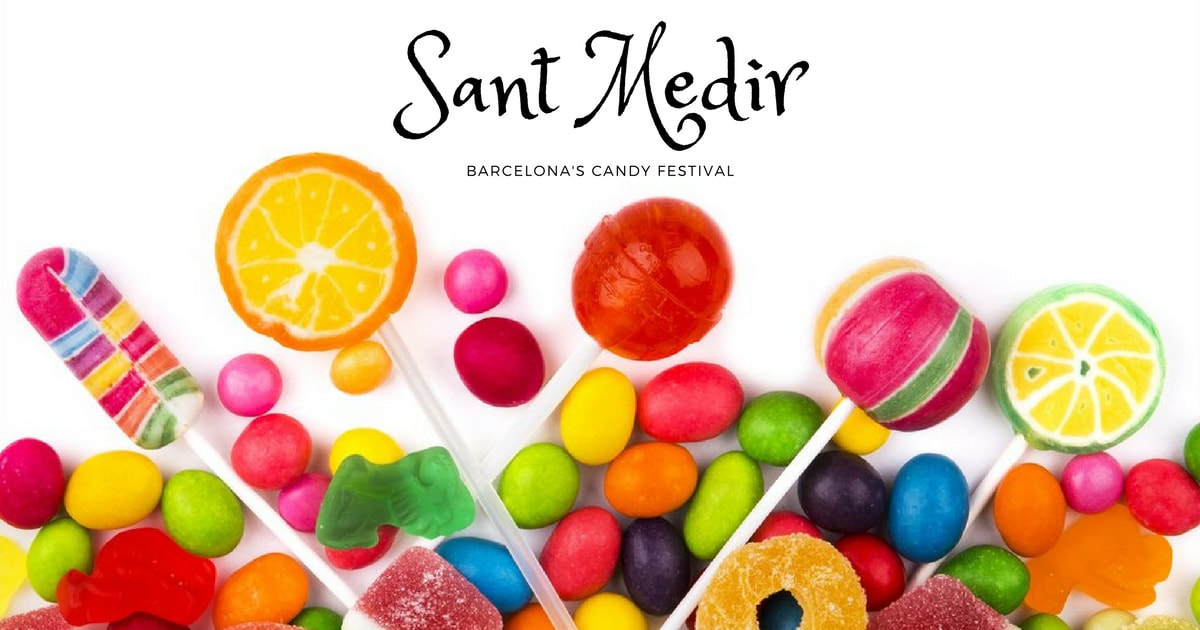 The sweetest festival in Barcelona!

Sant Medir, or what you'll come to call the sweetest celebration, is an annual festival that is celebrated during March in the Gràcia district of Barcelona. It's a celebration in which 60 tonnes of sweets are thrown across the streets from 120 horse-drawn carriages to the public, who are armed with bags, umbrellas and buckets to collect as many sweets as they can.

In the morning, the group head off on a pilgrimage to the Ermita de Sant Medir, a shrine dedicated to the saint in the Collserola mountain range, to pay homage to the saint. They then return to Gracia to lead a musical parade (called cercavila) round the streets, where they hand out the sweets.

If you come to visit Barcelona, ​​we advise you to stay in an apartment in the Gracia neighborhood. In this way, you will be close to everything, save and gain comfort. 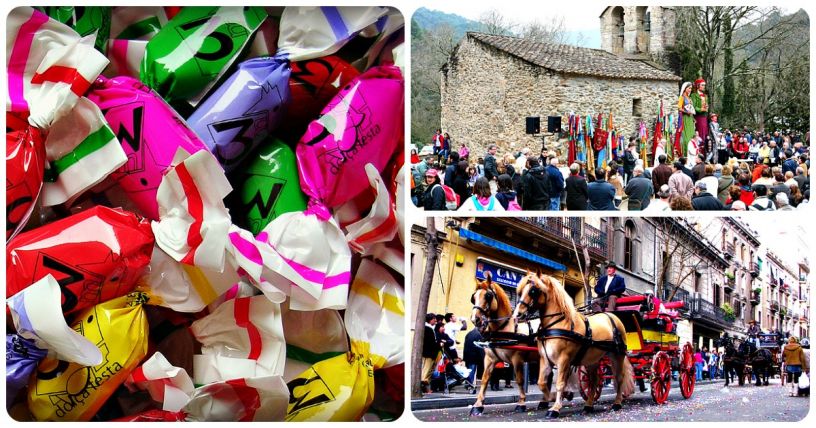 The parade of Sant Medir sees 26 groups walk through the neighbourhood (called colles) that gather in Vil·la de Gracia, the older neighbourhood of the Gracia district, and from there begin the sweet procession of horses, carts, and motors across Gran de Gràcia before finishing in the Jardinets de Gràcia. The night is topped off with a beautiful fireworks display.

Two of the neighbouring districts, Sant Gervasi and La Bordeta, also have their own colles and a pilgrimage to the sanctuary. They hold a mass and tie bows to each colles banner. However, Sant Gervasi always celebrate on a working day.

The origins of the event can be traced back to 1830, when a baker living in Gracia called Josep Vidal i Granés, who came from Sant Cugat del Vallés, fell very ill. He vowed that if God cured him, he would make an annual pilgrimage to to chapel of Sant Medir. God did cure him thus the first pilgrimage from Gracia was made.

When the baker returned from his journey, he threw broad beans to onlookers to honour the saint, who was said to have sowed them. Over the years, the beans were replaced by sweets.

The celebration pays tribute to Sant Medir, a peasant who lived near Sant Cugat. In the year 303, the Roman emperor Diocletian was persecuting the Christians in the city, which caused the Bishop of Barcelona (Sever) to flee. As he was passing Sant Cugat, he met Medir who was sowing his beans. He went on to explain that he was going into hiding and would rather die than give up his faith, then asked Medir to tell everyone his story to anyone who asked. After this, the beans miraculously began to grow.

Medir went on to tell Sever’s pursuers the truth about what had happened. However, the men thought he was trying to make a fool of them and protecting the bishop. They went on to capture both the bishop and Medir, imprison them and kill them.

Year after year, the pilgrimage grew in size which led to the first ‘colla’ or group of the Sant Medir Festival. Nowadays, there are 30 groups who participate and organise the festival. They are all member of the Confederation of Sant Medir Colles, which was formed in 1926. 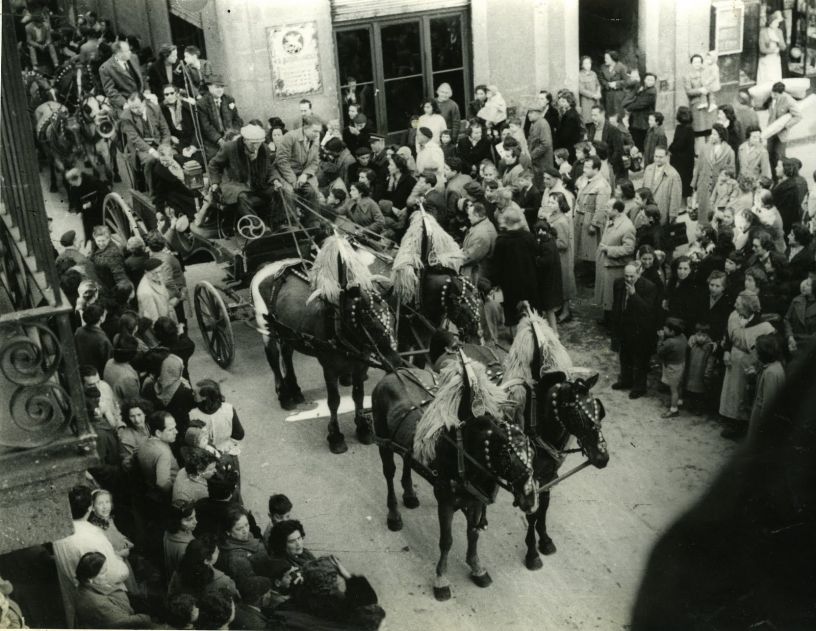 One of the first editions of the Saint Medir festival

Highlights of the Event

Map of the Parade

Past Edition of the Festival

5/5 - 1 vote
Discover the sweetest festival in Barcelona, unknown by the tourists
5 5 1
Tweet

Rent an apartment in Gracia and Sarrià-Sant Gervasi