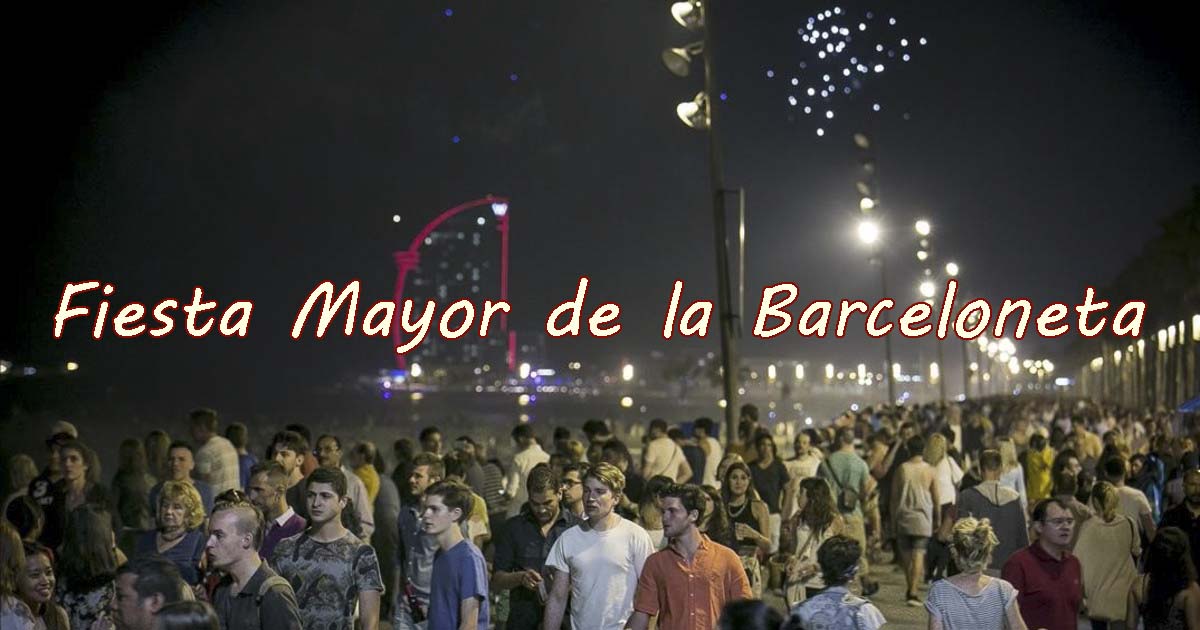 The Festes de Barceloneta (or Festivals of Barceloneta) centres around the Sant Miquel Festivity, which is on 29 September in the Barceloneta neighbourhood. It's organized by the Neighbourhood Association of Barceloneta and includes activities such as Sardanas auditions, songs by habaneras, Correfocs ("fire runs" with the devils) and parades with the Gegants (Giants) named Pep Barceló and Maria la Néta. The ornate streets and parade of the cannons are some of the elements that define this major festival.

It seems that the beginnings of these festivals — as we know them today with a combination of religious and civil acts —began in the Mid-19th Century to mark the occasion of the centenary of the creation of the neighbourhood.

Barceloneta's local place of worship is the Sant Miquel del Port Parish. The port part refers to the marine activity of the neighbourhood, and the need to protect seafarers and fishermen from the dangers of the sea.

Barceloneta is the main maritime neighbourhood of Barcelona, yet it also has an important working-class past. It was developed in 1753 on lands reclaimed from the sea and was originally made to house inhabitants of the Ribera neighbourhood. Those people lost their homes when Philip V won the War of Successions against the Principality of Catalonia and ordered a Citadel to be constructed.

About 25 years ago the local street of this neighbourhood called Carrer dels Pescadors (Fishermen's Street), decided to recover the traditional Festa Major by adorning the streets. This was in 1990, along with three sections of Carrer de Sevilla and Carrer del Comte de Santa Clara. 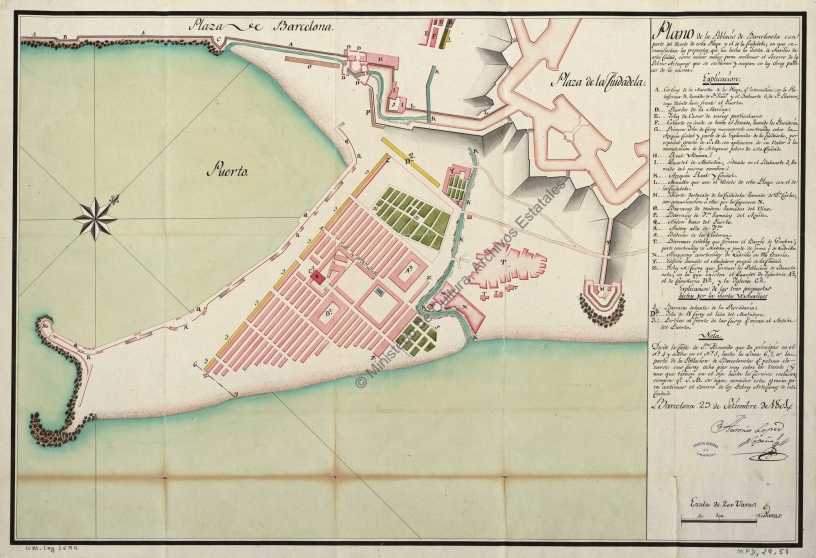 Parade of the Cannon

The Cannon Parade of Barceloneta is a festive event that takes place on the Sunday of the festivals. It's very popular among children because the cannons they don't fire cannonballs, but rather sweets. The parade passes through the streets of the neighbourhood. With each firing of the cannon, onlookers shift their attention to the floor in search of sweets, scouring the floor to pick them up as if they were knocked over by the shots themselves. The Gegants Pep Barceló and Maria la Néta will also pass through, giving sweets to anyone who misses out.

The origin of the cannon parade was the work of one Pancraç Farell, a specialist in the manufacture of dies and founder of a restaurant now known as Can Tipa. One day, Pancraç went to the village of his wife's grandmother in France and helped out at some celebrations. While there, he saw a decorative cannon that had toys and sweets. Inspired by this, Mr. Farell built one for the Barceloneta festivities and thus a tradition was created, remaining as an identifying element of the festivities of the neighbourhood even today. 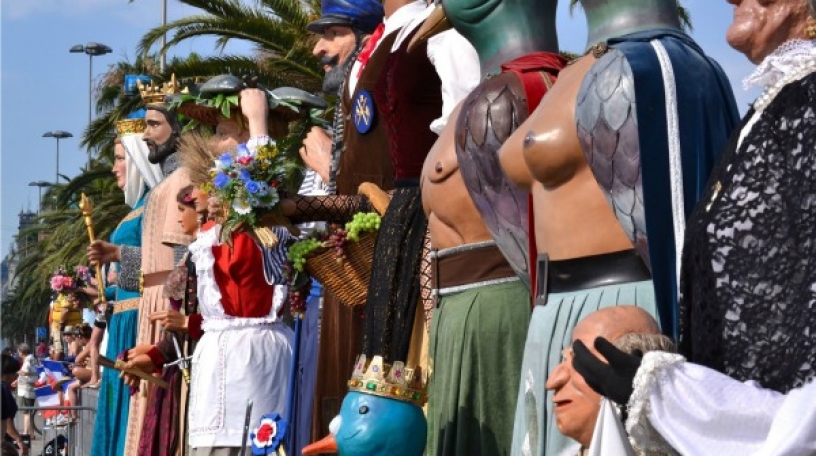 Like in many other neighbourhood festivals, the neighbours of Barceloneta decorate their streets for its annual celebrations while organising their own activities to compliment the official festival events. 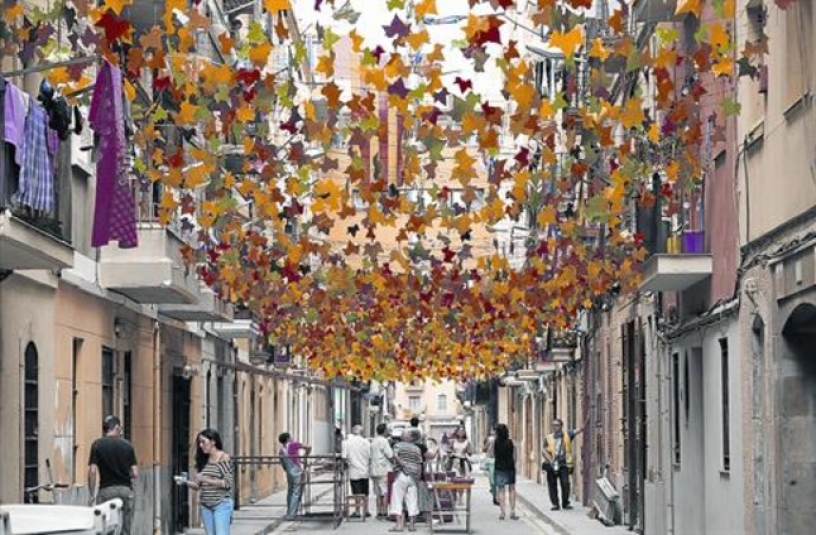 The Habanera is a type of music with dance that originated in Cuba at the end of the 19th Century. It's very popular along the Spanish Mediterranean coast. As a maritime district, the habaneras are a strong part of Barceloneta's festival. They are usually sung on the beach, accompanied by glasses of burnt rum. For fans of sailor shanties, the world of the Habaneras is something unmissable.

The 'Barcelona Cara al Mar' meetup is organised by the Amics de les Havaneres Association. The first meeting took place in 1986 along the maritime walk, but the following have always been done at the promenade where the warehouses of the port used to be.

Discover the Barceloneta neighbourhood to fully enjoy this area of Barcelona. This district is to the southeast of the city, by the sea. It's well known for its vicinity to the beach and sea, as well as many seafood restaurants. There is a good amount of bars and nightclubs within walking distance, such as Shoko, Pacha and Opium. 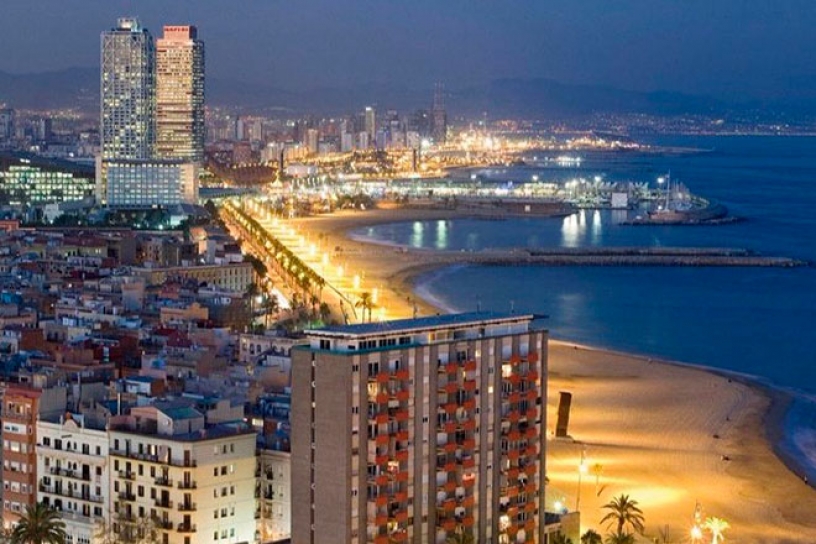