What happens if Catalonia gains its independence? 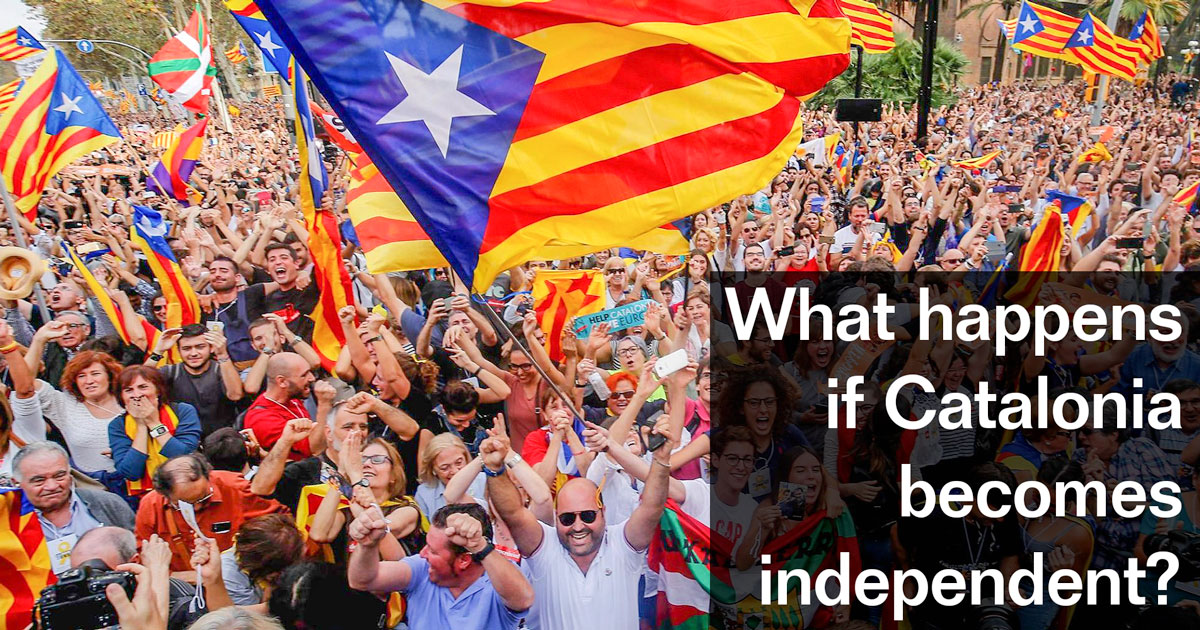 As you may well know, Barcelona is the capital and largest city of Catalonia, which is an autonomous community in Spain. You may also be aware of what is happening in Catalonia at the moment. If not, then you should know that Catalonia is currently trying to break from Spain and turn itself into a sovereign state. At least a part of it. What does that mean as far as visas are concerned? How does that affect you if you want to live in Barcelona?

For the moment, we cannot know for sure, and it depends on the outcome. If the community will remain an autonomous part of Spain, then nothing happens. Everything remains the same, there will be the same rules, and visas will not be affected. However, the story will be different if Catalonia gains its independence.

First of all, Catalonia will not be in the Schengen Area. While Spain is, just because a part of it will leave, that does not mean it will keep its status as a Schengen state. Once Catalonia is on its own, all treaties and agreements do not apply.That means the newly formed state will not enjoy free movement. For that to happen, Catalonia must sign the Schengen deal, which will not happen very soon. There are other countries in line, so to speak, and it’s not like you can make an appointment to sign the agreement. There are things to be discussed beforehand, and that does not happen in a day.

Aside from that, Catalonia will need to adhere to the European Union. Basically, it is the same as with Schengen. Just because the mother-country is a part of the Union, it does not mean Catalonia will have a seat in it. However, that only helps people inside the EU and has nothing to do with citizens of other states.

In the event of a break, the best thing that could happen to people who want to live in Barcelona is for Catalonia to make agreements with other states. If you look somewhere above, there are countries that are not in the Schengen Area but can still enjoy all the benefits just because Spain signed some agreements with them. If not, there is nothing you can do. Your only option would be to go to the newly founded Catalonian embassy (whenever they will get to that part,) and apply for a visa like you would do with any other state. It may be a hassle, but it is not like you have any other options.

I guess we can just wait and see what happens with Catalonia. For now, people seem vexed, but there is no way to know the outcome. There have been protests, and there are pros and cons for every move. Hopefully, issues will be resolved, and everyone will be happy. However, one thing is for sure. If Catalonia breaks from Spain, it is going to take a while to establish all the rules, and I doubt that visas and permits will be the first thing on the list of the new government. Even so, I am pretty sure that just a passport will not be enough.