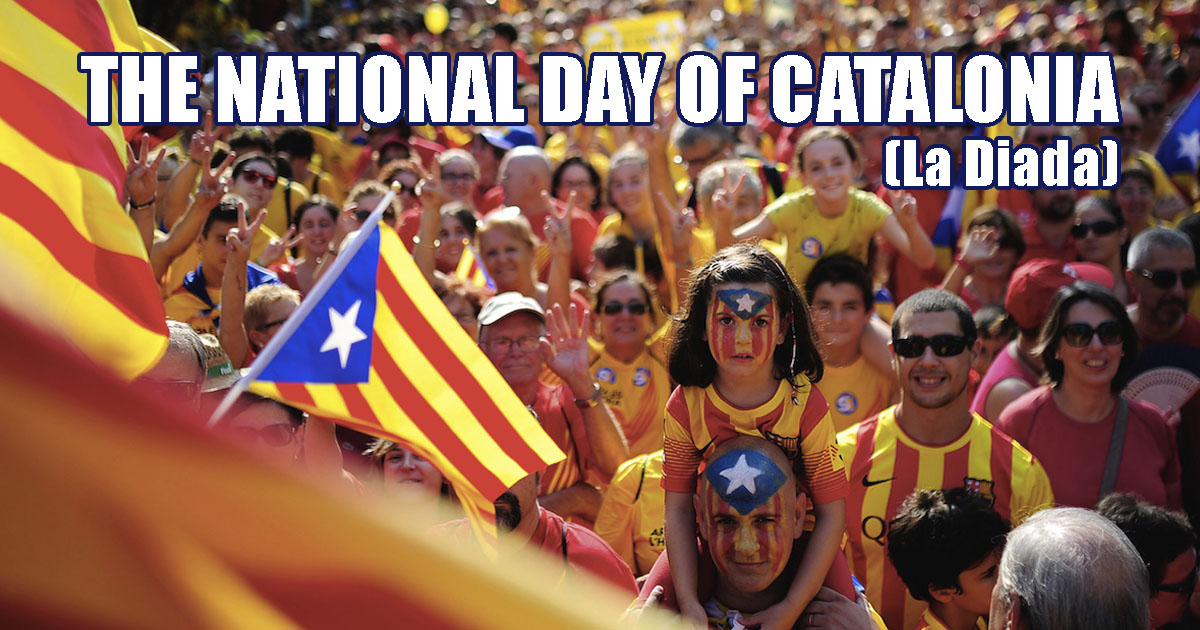 Learn about this public holiday and Catalonia

In Barcelona, and throughout Catalonia, 11 September is a national holiday. So before you go out with the Catalans to celebrate this day on the street, read this article to get the most out of the event and surprise your friends with anecdotes and knowledge about the history of this day. In order not to miss anything and be in the centre of the city, take a look at our selection of cheap accommodation in Barcelona.

1. This national holiday commemorates... A defeat!

Yes, unlike most states that choose a day of victory to celebrate their national holiday, Catalonia's takes place on a day of heavy military defeat. Let's go back to 1714. During this time, the Bourbons — which is to say, the French — along with the Crown of Castile, after multiple attempts, besieged the city of Barcelona for the last time over 14 months. This brought an end to the War of the Spanish Succession.

The day of surrender was 11 September 1714. Barcelona fell into Bourbon hands. Philip V used various decrees to remove many of Catalonia's institutions and rights. Catalonia had its very own constitutions since 1283, which were put under de jure abolition as a result of the Nueva Planta Decrees.

This, despite Article XIII of the Utrecht Treaty with Great Britain — the same treaty that includes the infamous article to cede Gibraltar — including confirmation that Catalans should maintain their ancient privileges.

Whereas the Queen of Great Britain has continually pressed, and insisted, with the great earnestness, that all the inhabitants of the Principality of Catalonia, of whatever state or condition they may be, should not only obtain a full and perpetual oblivion of all that was done in the late war, and enjoy the entire possession of all their estates and honours, but should also have their ancient privileges preserved safe and untouched; the Catholick King in compliance with the said Queen of Great Britain, hereby grants and confirms to all the inhabitants of Catalonia whatsoever, not only the amnesty desired, together with the full possession of all their estates and honours, but also gives and grants to them all the privileges which the inhabitants of both Castilles, who of all the Spaniards are the most dear to the Catholick King, have and enjoy, or may hereafter have and enjoy.

Catalan was no longer an official language in this now very centralized model of Spain, somewhat distinct from the Spain of today. Catalans decided to maintain this day as a national holiday so that they may never forget the sacrifices made by their soldiers and give homage to their spirit of resistance against oppression. The first National Day of Catalonia was celebrated in 1886 at the Santa Maria del Mar Church. 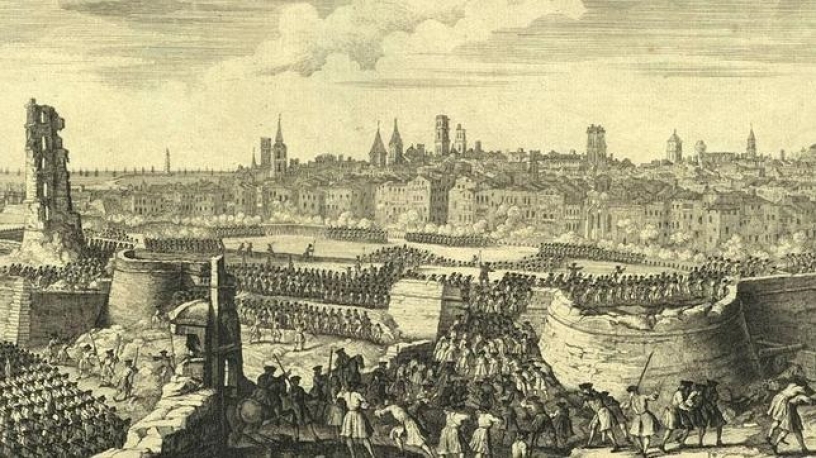 2. National Day of Catalonia was banned by Franco

It's common knowledge that Spain was ruled under dictatorship by General Francisco Franco between 1939–1975. During this time, the National Day of Catalonia was prohibited, but despite that it was celebrated underground.

The holiday was also banned before, under another briefer and slightly milder dictatorship by Miguel Primo de Rivera between 1923–1930.

In 1980, the Catalan Parliament officially declared 11 September as a national holiday.

3. Catalan flags and their meanings

There's no better day than 11 September to see Catalan flags in Barcelona and Catalonia. You will see monuments and many businesses adorned in the nation's striped flag called La Senyera that is yellow with four red stripes. It is hung from balconies of homes, carried by crowds, sewn into backpacks — flags take over the city. If you want to buy one, make the distinction between the Senyera and the Estelada.

The Estelada is almost identical to the Senyera, but it is unofficial and has the addition of a blue triangle with a white star. The concept of the star is based on the flags that were seen in Cuba during its fight for independence from Spain. The star means this flag is therefore used as a political statement of independence from Spain.

If you are lucky enough to attend a Diada event, you may notice a number of Estelada flags for independence. In fact, while some see this public holiday as a good reason to not to go to work, others see it as an opportunity to express their political opinion.

For the past few years — more specifically after 2010 when the current government effectively nullified an already watered down version of a new Statute of Autonomy that was to return various powers to Catalonia — the manifestations have grown, with the objective of the attendees being to proclaim independence for Catalonia. For example, in 2013 a huge human chain was created that spanned the entirety of Catalonia's coastline. 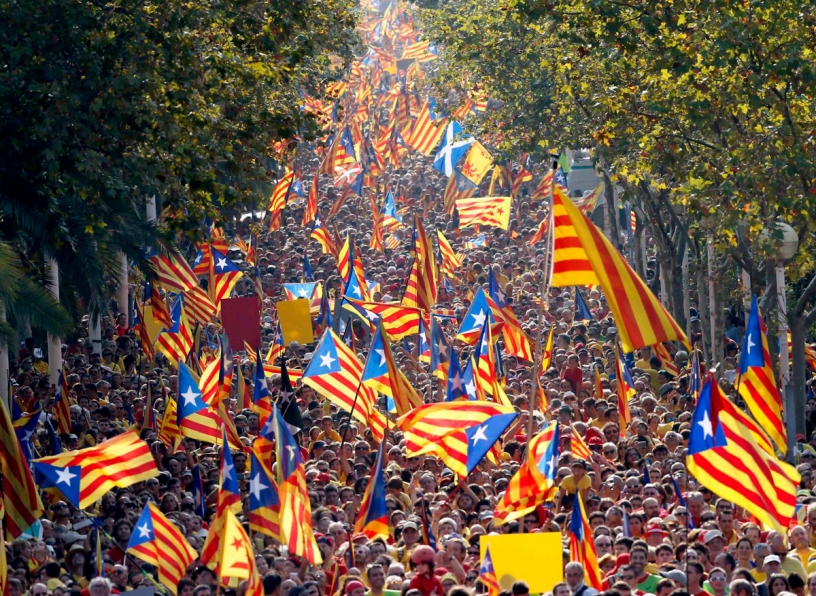 Manifestations at the National Day of Catalonia

5. The city fills with events and activities

The National Day of Catalonia is a day to go out and participate in various activities instead of staying indoors. You can attend official tributes to the soldiers that died defending Barcelona for years, participate in political events, attend concerts and even enjoy some fantastic gastronomic offerings at different places across the city during this day. In general, activities take place at Passeig de Sant Joan, Passeig de Lluís Companys and Parc de la Ciutadella.

This holiday is also a chance to discover Catalan traditions, like the Sardana circle dance, parades with fireworks called Correfocs (Fireruns) and impressive human towers called Castellers. If you want to learn more about some of the incredible traditions that take place in Catalonia you can take a look at this article:

6. Everything is closed… Or almost everything.

If you want to use this public holiday to go shopping or dining, you will have to plan ahead where. In the case of restaurants, you'll find some open around the more populated areas such as Passeig de Gràcia and Las Ramblas, though they are usually more expensive. In terms of shopping, you can go to Maremagnum Shopping Centre at the port of the city; it's open 365 days a year. In terms of public transport, there is usually a general slowdown on the Metro as well as buses and taxis due to high demand. Circulation is rather difficult on this day.

This is a good day for cultural activities. Practically all of the city's attractions are open on 11 September. Some of the museums and attractions even open for free, such as Palau Güell and the National Museum of Catalan Art (MNAC).

If the museum you want to visit isn't free this day, you can always wait until the Mercè celebrations, another public holiday towards the end of September. A majority of the museums are free on that day.

You know the history of Catalonia's National Day, you decided on a Catalan flag to bring with you and you feel ready to take part in one of the official commemorations on this day. However, what will you do when everyone starts singing the Catalan national anthem? Will you be the only one muttering a few words in English hoping to go unnoticed?

Here are the lyrics to the anthem, so that you can sing along and really impress. If you don't get it right, don't worry because many Catalans will be incredibly happy that you even tried.