How to live in Barcelona on a student budget 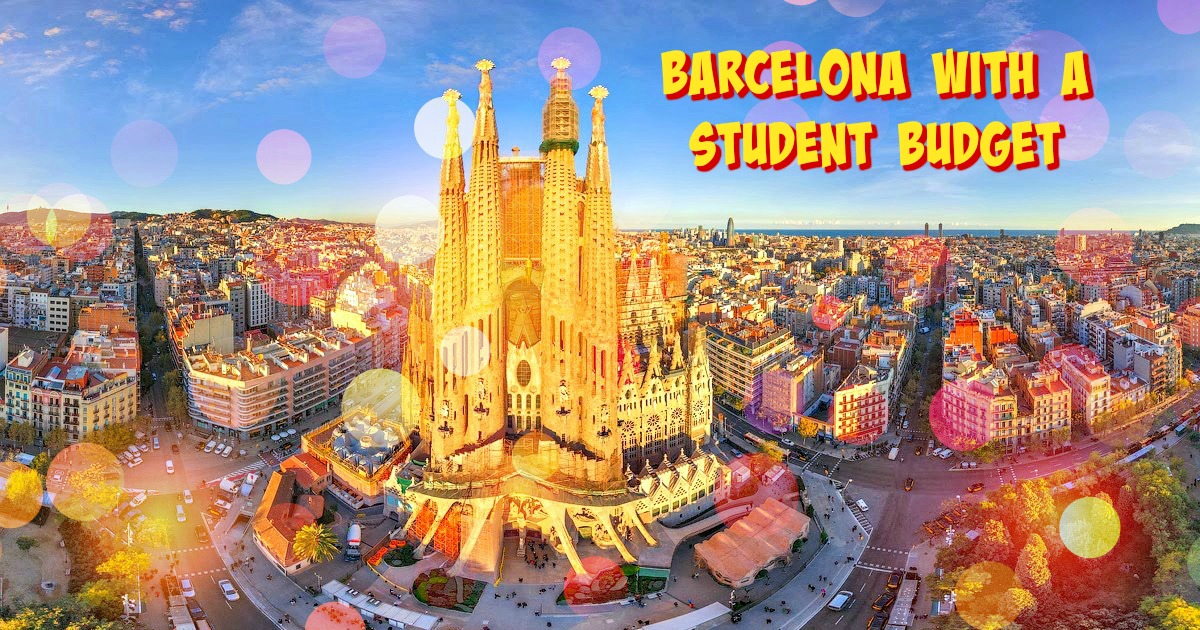 Enjoying the city comfortably as a student without paying loads

Barcelona, one of the most innovative educational cities in Europe. It opens its doors to thousands of new students each year. In order for them to enjoy everything that their new city offers, we've decided to write an article that will provide students with guide to the what, how and where to enjoy Barcelona with a monthly budget of the average student. We deal with the main themes of university life such as student accommodation, food, cultural activities and, of course, nightlife in Barcelona. In each section we give the average monthly cost and some useful tips to save as much as possible.

Sharing an apartment can help you make... Friends

When it comes to finding a place to stay it's important to keep in mind the kind of dwelling you want. The cheapest way if you're coming on your own or as a pair is to look fora flat-share. If there are more of you then it's convenient to rent an apartment together privately as finding a flat-share with more than 3 rooms is almost impossible.

Depending on the area the monthly rent can vary between €250 and €500 per person with utilities included (water, gas, electricity and internet). The recommended areas for students are Les Corts, Zona Universitaria and parts of Eixample. Neighbourhoods such as Gràcia, Barri Gòtic and Poblenou are now more expensive as they are more in demand.

If you're coming as a group (3 or more) there are apartment rentals available from €600 outside the centre. As you get closer to the centre you can expect to pay in the range of €800 - €1200 for apartments of up to 5 rooms depending on the quality.

Note: Remember to store your contract and receipts safely as well as the bills you receive. This is because in general students tend to be trusted less by landlords. Having documents to help your case is always a good idea in case of a dispute or a landlord tries to withhold the deposit. 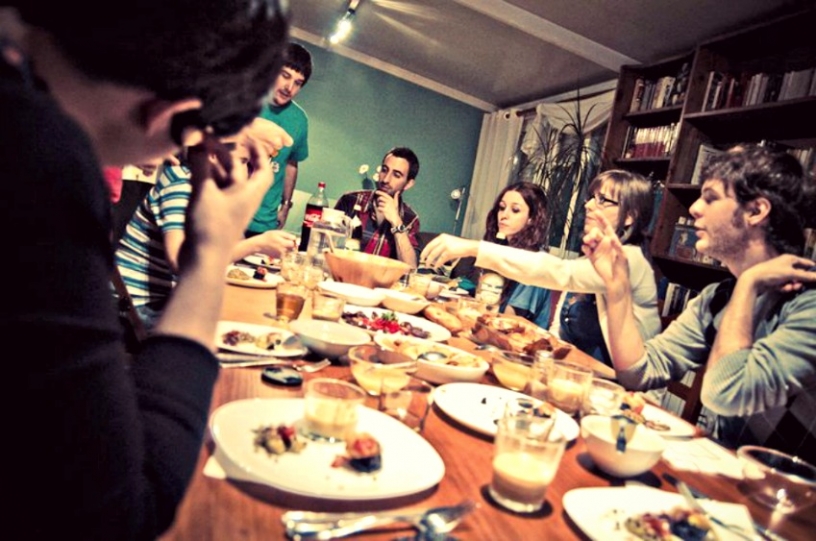 The more, the merrier.

This section deals with two ideas, the first are the cheapest supermarkets to shop at and the second is where to eat out without spending an arm and a leg.

The average weekly cost for shopping per person (food and hygiene) is usually around €20 for the most careful spenders to €40 as an average spender. So then it's safe to assume that this monthly cost will be around €100/month/person at the most competitive supermarkets such as Mercadona, Consum, Lidl and Carrefour.

Then when it comes to eating out, it's usually better to avoid as it can be 10 times more expensive than eating at home. However, there are locals that offer three-course set meals for €10 and even half set meals for €6. Avoid fast food chains which in Barcelona work out more expensive and lower quality than restaurants.

Great places to eat out cheap include 100 Montaditos (everything on the menu for €1 on Wednesdays and Sundays), Nostrum (pre-cooked dishes for €1, €2 or €3) and Wok Buffet Libre (all you can eat for €10 - €15). Obviously if you're in the Zona Universitaria area you'll find many restaurants with reduced prices as they tend to cater to students.

Video about where to shop in Barcelona

Note: If you're set on eating out, then always at the place you plan to eat at if they have days with discounts or promotional offers of some sort. The majority of locales in Barcelona do have them.

Barcelona is a metropolitan city with diverse transport tariffs, so it's important to know how often you're going to be moving around as well as how far in order to get the best ticket to suit you. If you're going to be using public transport at least two times a day then it's cheapest to go for a trimester travel card called T-Jove which costs €105 for 90 days of travel if you're under 25 years old. That's not much considering most people pay €0.99 per trip using a T-10 travel card. With T-Jove the commute to uni would work out at about €0.80 per trip, up to €0.52 if you use it every weekend too.

A T-10 travel card is as a cheap way to travel, giving 10 single trips per card for €9.95 with the option to change the mode of transport for free within 75 minutes of starting the journey.

Another option that's even cheaper - though requiring a certain amount of fitness - is the Bicing service, a bicycle rental scheme that for €47/year allows you to navigate the city on two wheels. The first 30 minutes of each trip are free with the subscription.

Note: If you need to interchange between train, bus or Metro, then remember that you always need to pass your ticket through the reader when entering. As long as it's been within 75 minutes from the first pass of the ticket, it'll be free.

Barcelona has all sorts of activities at a low cost. Among the main activities that don't involve consuming alcohol you'll find:

Note: Take a look at the articles around our community and guide and you'll find many more where we speak about things to do in Barcelona. In fact there's something new each week!

To finish in all splendor, let's talk about the bars and discos of Barcelona with reasonable prices. Personally, we think that the Raval and Gothic areas are where you find the largest number of bars with a good quality to price ratio. There are plenty of bars like Soda (Clothing store by day, bar by night) and Absinthe. These bars, like many others, offer a beer for less than €2 and cocktails for no more than €6. These are accompanied in some cases by a free tapas dish.

When it comes to nightclubs it's quite simple, avoid the more famous ones! Big names such as Razzmatazz, Bling bling, Pacha come with big prices. They attract a large number of tourists from all over the world... Tickets for these nightclubs hover between €15 and €20 for basic entry and drinks close to €10. This is why we recommend avoiding them as much as possible and instead search for the most alternative venues that are found around the Raval, Born or Gothic zones. From time to time though, it's always understandable to go to the big clubs on a whim.

Note: In the majority of nightclubs you can book tickets in advance online to enter at a reduced price, sometimes even free.

That's all folks. If you liked this article, don't hesitate to share it and if you have something to say about it you can do it right here leaving a comment! We're OK Apartment. The Barcelona Specialists.