Scotland in search of independence 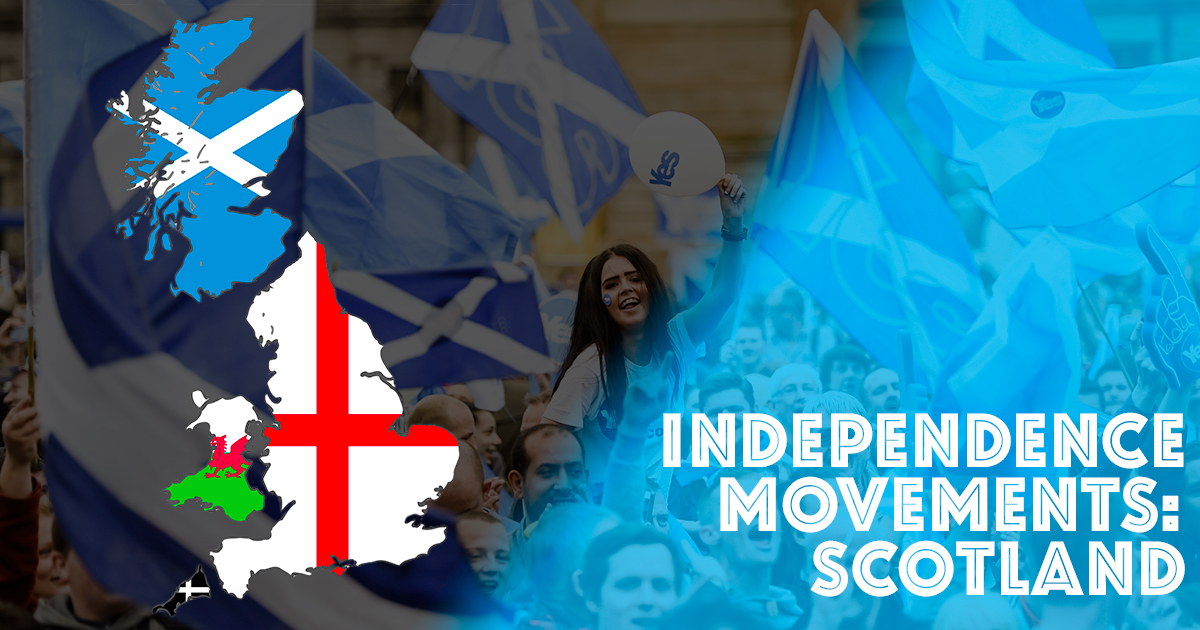 The case of Catalonia is not isolated and Europe is likely to see history repeat itself.

All European countries have had their eyes fixed on Catalonia since the referendum on 1 October. Observers are attentive but passive, taking care not to intervene at any time in the troubles that shake the Spanish region, if not to show their support for the Government of Madrid.

This lack of enthusiasm for a potential separation between Spain and Catalonia is easy to understand when you look closely at each of these European countries that are themselves seeing their own independence movements. Fearing a form of contagion, Europe prefers to say no to Catalonia.

Let's take a look at some of the European regions that dream — just as Catalonia has — of more autonomy or even outright independence. In this article, we're interested in Scotland.

The United Kingdom is experiencing a rise in independence movements. Thus, one of its four constituent nations organised — just as in Catalonia — a referendum on independence. But, unlike the Spanish region, it was the “no” that won in this case, rejecting any hope of independence for the separatist leaders.

However, the question is still present and still scares the UK. It's even more present than before, since the vote in favour of Brexit greatly displeased Scotland who had a clear majority against leaving Europe. Scotland, unlike England and Wales, voted for the country’s continued existence in Europe.

History of the region

Scotland was once a sovereign state, yet we know that the autonomy it had was not complete nor enough for its people. Since as early as 1702, a series of conflicts broke out over the power exercised by the Queen of England over Scottish sovereignty.

This union would work quite well, even though Scottish identity remained strong and tended to stay stronger than the new British identity. Thus a desire for full autonomy was born, little by little leading to the creation of a true independence movement. 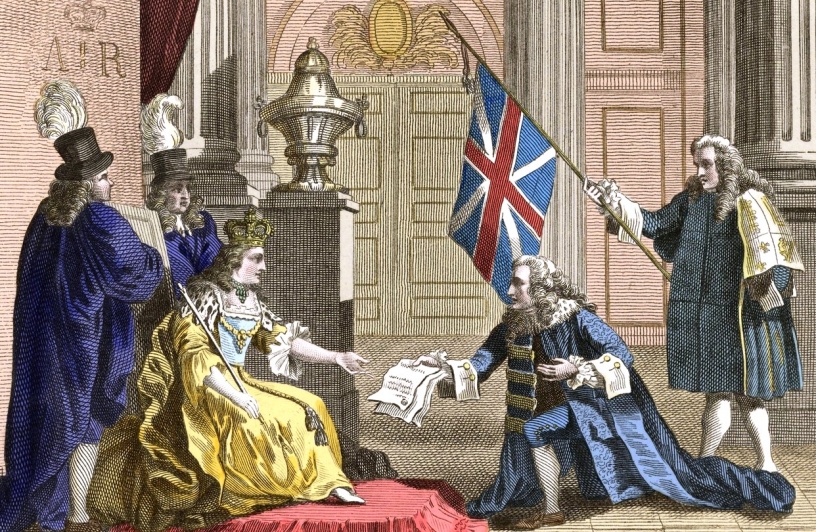 Independence in the region

It is on this strong, persistent Scottish identity that independence is based in the region. Thus, this desire for separation from the United Kingdom is based on the fact that Scotland has a culture of its own but has also had its own banking or legal system for some time, which makes it entirely possible for the region to function independently. 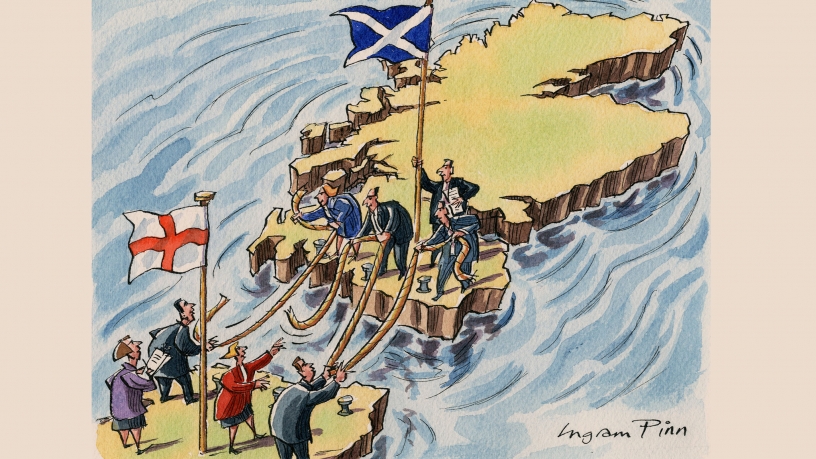 As we have seen, while a parliament of Great Britain was created in 1707, demands for the return of a Scottish Parliament could be heard as early as 1853. However, the question of Scotland's autonomy was not a priority until the beginning of the 20th century. Unfortunately the First World War came and the Scotland Issue departed from British concerns again.

In 1934, the Scottish National Party (SNP) was born. This political party had its ups and downs, managing to elect eleven of its members to the House of Commons in 1974. Back then it would mostly benefit from the support of Labour when in power, a referendum on the creation of a Scottish Parliament was then organised. However, “Yes” did not reach the required majority for the creation of such a body to take place.

The movement for Scotland to gain more autonomy, or even eventually independence, was going through difficult times, while Margaret Thatcher, who was strongly opposed to any discussion on this issue, came to power in 1979.

It was not until 1998 that we finally saw a Scottish Parliament following a referendum in which 75% of respondents had voted in favour of the devolution of powers. The Scottish National Party became more and more present to that point where in 2007, it happened to form the first independentist government of the region (even if it was a minority).

With the following and much stronger victory of the SNP in the 2011 elections, the issue of independence was well and truly back on the table. David Cameron, the British Prime Minister at the time, signed the Edinburgh Agreement with Alex Salmond — the Scottish Prime Minister — on 15 October 2012, to begin the organisation of a referendum on the independence of Scotland in 2014.

As mentioned, the Scottish people voted as a majority in the 2014 referendum to keep the region within the United Kingdom, leading to the resignation of Prime Minister Alex Salmond.

Results of the referendum on the independence of Scotland in 2014

Nicola Sturgeon is now at the head of Scotland, who despite the failure of 2014, renewed the campaign for an independent Scotland. Even more so now as Brexit triumphed in a referendum held throughout the UK in June 2016.

A large number of Scots voted in favour of keeping their country in the European Union, unlike the rest of the United Kingdom. The final result has therefore greatly displeased the region. Scottish separatists have promised to hold a second election for independence in autumn 2018, despite their failure in the last general elections.

The current Conservative Government of the United Kingdom has shown its support for Spain and Rajoy's Conservative government, like most European countries. 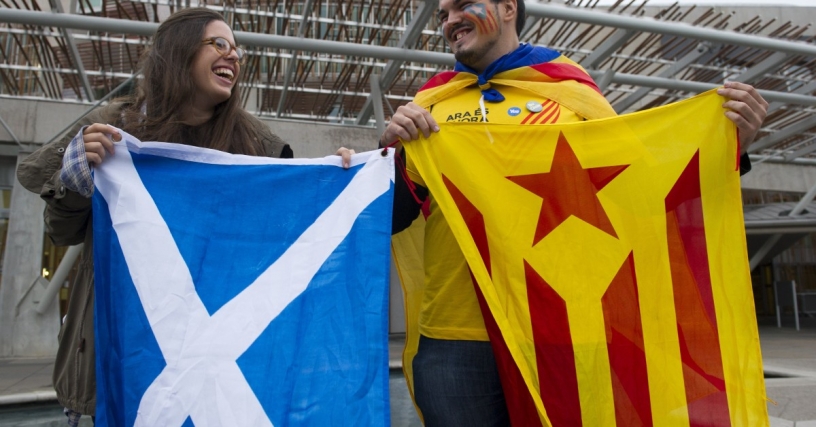 The Scots could follow in the footsteps of Catalonia

However, Nicola Sturgeon — First Minister of the Scottish government — has meanwhile demonstrated a more balanced stance to the Catalan separatists led by Carles Puigdemont. Indeed, Sturgeon has found it “worrying that any state may deny the right to democratically express their will”.

She also condemned the police violence that took place during the referendum in a tweet.

2/2 and call on Spain to change course before someone is seriously hurt. Let people vote peacefully.