Flanders in search of independence 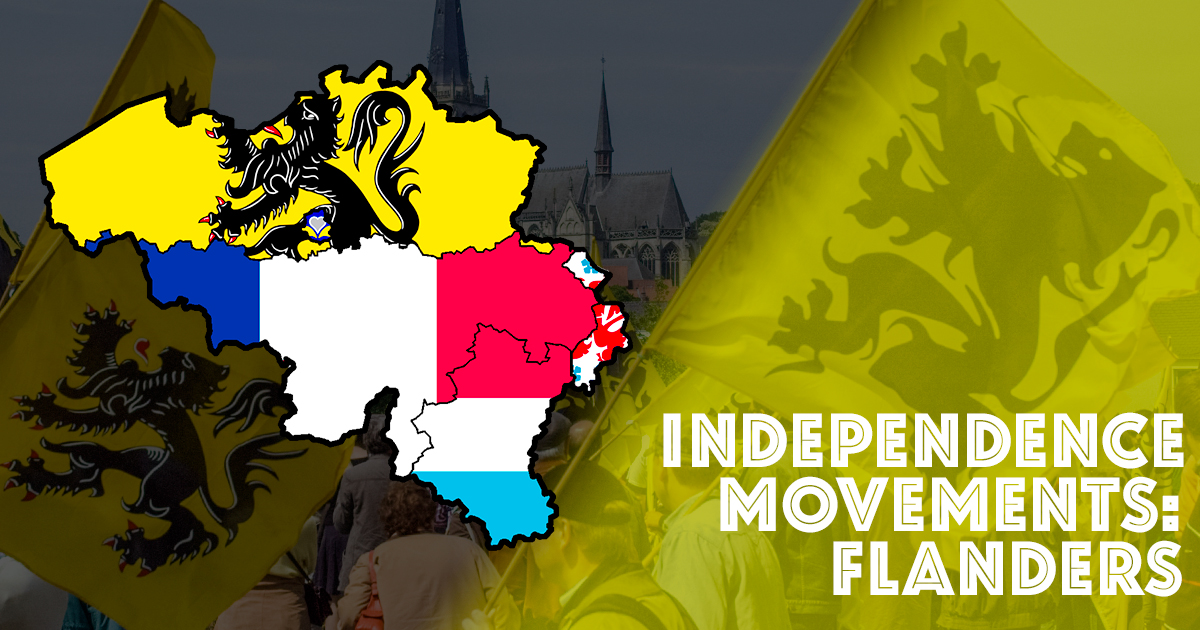 The case of Catalonia is not isolated and Europe is likely to see history repeat itself.

All European countries have had their eyes fixed on Catalonia since the referendum on 1 October. Observers are attentive but passive, taking care not to intervene at any time in the troubles that shake the Spanish region, if not to show their support for the Government of Madrid.

This lack of enthusiasm for a potential separation between Spain and Catalonia is easy to understand when you look closely at each of these European countries that are themselves seeing their own independence movements. Fearing a form of contagion, Europe prefers to say no to Catalonia.

Let's take a look at some of the European regions that dream — just as Catalonia has — of more autonomy or even outright independence. In this article, we're interested in Flanders.

As small as Belgium is, it also has separatist movements. Nieuw-Vlaamse Alliante (N-VA) is a Flemish party that defends the independence of Flanders, one of three Belgian regions.

The N-VA party is currently in a coalition that governs this country and the Catalan cause has led to disagreements within the government. Its popularity is quite high, up to the point where the party won in the 2014 elections with 20,36% of the votes. Although their presence in the government has softened their separatist rhetoric, the N-VA does not miss an opportunity to bring up their desire for an independent Flanders.

History of the region

Unlike Scotland, Flanders has never been truly independent. Flanders had been integrated in Holland since 1384. Until the independence of Belgium in 1830, the Flemish region and the rest of the flat country was under Spanish, Austrian and French rule.

While Belgium was created in 1830, the Flemish people didn’t feel integrated, especially at a linguistic level. Because of this, a Flemish movement reclaimed the recognition of Dutch as a Belgian language (which it managed to obtain). But for a long time, French remained the language of the bourgeoisie.

During the First World War, linguistic concerns are such that the soldiers had a hard time understanding the officers from the bourgeoisie. This provoked the “Frontbeweging” movement on which Flemish nationalism is based. 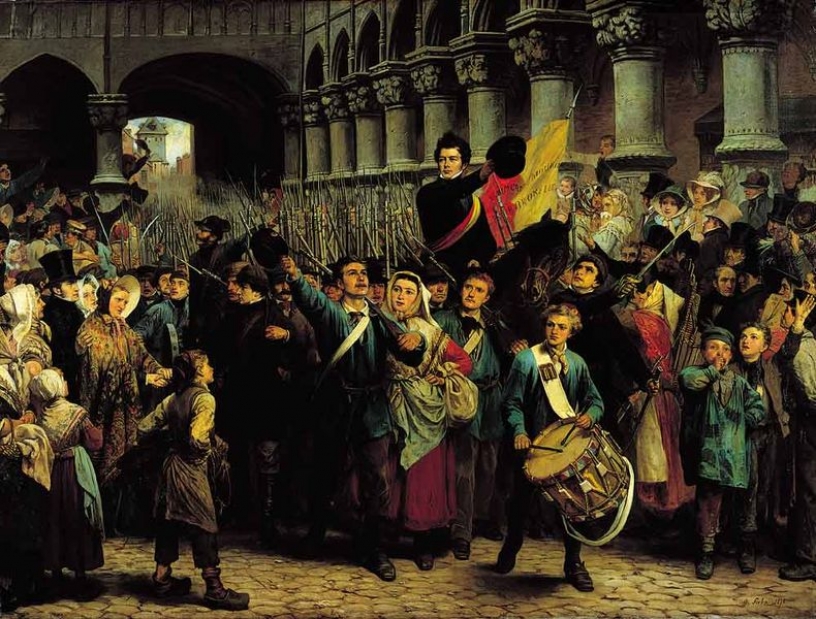 Independence in the region

In between the First and Second World War, two movements were created, which were aimed at the development of an independent Flemish state: (1) the group called Verdinaso (1931) and the Flemish National League, Vlaams National Verbond (1933). These movements collaborated enormously with the Nazis during the Second World War, and those responsible were jailed at the end of the war.

A new political party was born in 1954, the Volksunie. This Flemish organisation experienced an almost immediate success, however the party that combined both separatist and federalist tendencies eventually dismantled in 2001. Afterwards, the Vlaams Blok (now known as Vlaams Belang) or the N-VA arose. 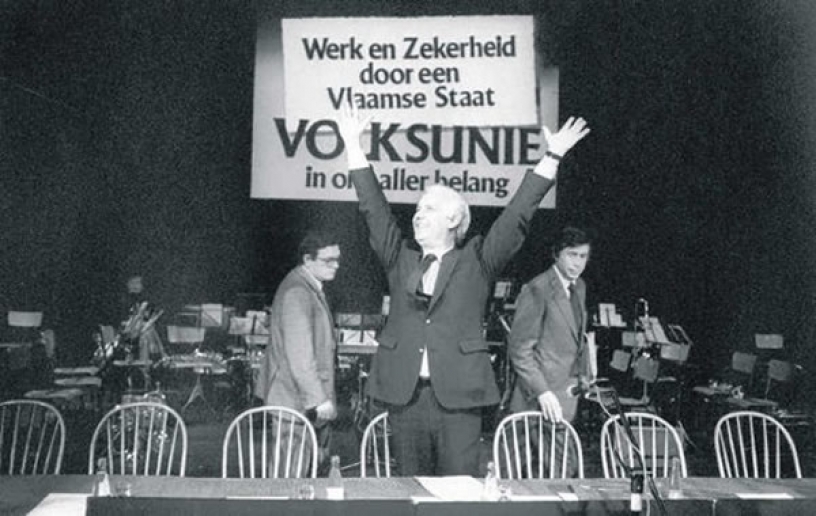 The Flemish party "Volksunie" was born in 1954

Meanwhile, the region gained a greater degree of autonomy with the creation of a Flemish Council in 1980, which was to be called “Parliament” in 2005. Gradually, this Parlament was given more autonomy thanks to the popularity of the Flemish nationalist parties.

From 2004 – 2008, the Vlaams Belang was the second party of Flanders with particularly good election results. The populist right-wing party advocating Flemish nationalism, however, was too extreme and did not always meet the expectations of the Flemish people who now prefer the N-VA.

In 2010, the N-VA began to make a name for itself and scare the other Belgian parties after their success in the federal legislative elections. Its iconic leader Bart De Wever was elected senator. But the new leader of the Flemish Nationalist Party led the country to an unprecedented political crisis, which resulted in Belgium having no government for 541 days due to the disagreements between the parties.

From these dates, the separatists had been in competition and their popularity did not diminish much. Thus in 2014, after once again winning the elections, they formed a government with a French speaking party and two other Flemish parties, who are still in office today. 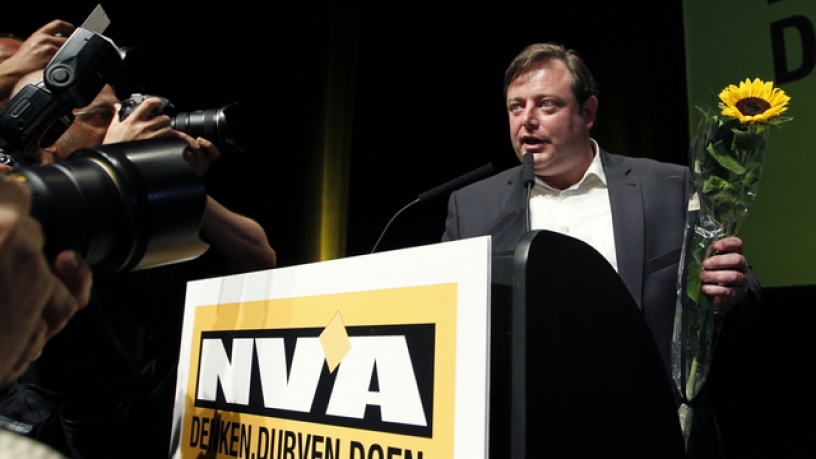 Victory for the Flemish Nationalist Party in the elections in 2010

As surprising as it is, Belgium is run by a political organisation that is fighting for its disintegration. Although the N-VA advocates confederation, the party ultimately aims for a total separation of the francophone zone of Belgium (Wallonia).

According to the latest polls, dating back to September 2017, the N-VA continues to be the largest party in Flanders, thanks to 30.2% of voting intentions. The presence of the government and its more moderate rhetoric did not detract from its popularity.

Contrary to what one might think, even if the Flemish Nationalist Party is in the lead in the polls, only a minority of Flanders citizens want to become independent from Wallonia. Moreover, the polls show that independence is half as popular among young people.

It is important to point out that even though the Flemish Nationalist Party has several ministers and secretaries of state, it does not hesitate to sometimes go against governmental decision-making. This was the case in October 2017 in the context of the Catalan conflict. 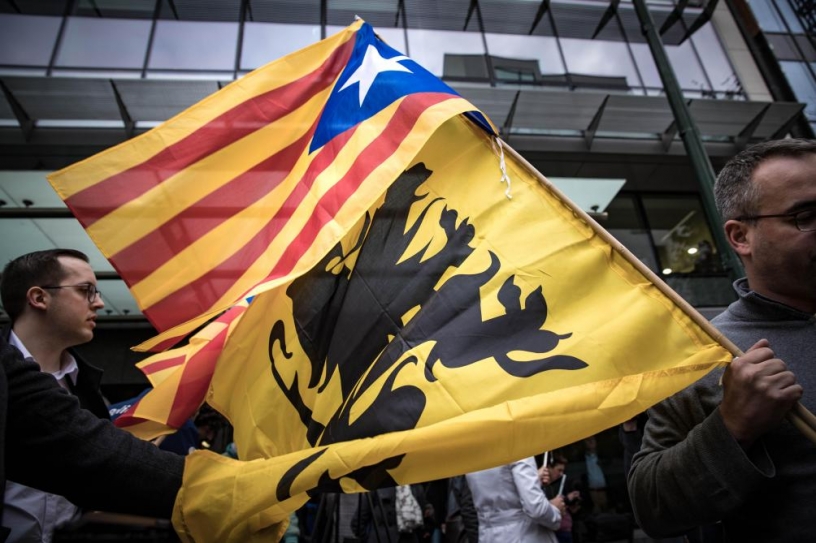 Flemish nationalists showed a lot of sympathy for the Catalans

The Belgian Prime Minister, Charles Michel, condemned the violence of the Spanish police during the Catalan referendum which publicly displeased the Spanish Government. Days later, the head of the Government clarified their position and affirmed that himself and his ministers support Madrid.

However, he did not hesitate in Belgium to show his support for Catalan separatists, even within the government. In this conflict, he members of the Flemish Nationalist Party (N-VA) saw an opportunity to put forward the cause they defend, namely the independence of Flanders.

The president of the Flemish region, a member of the separatist party, declared “to be jealous of the Catalans”. Another member of the N-VA, Belgian MP, welcomed the declaration of independence made by the Catalan Parliament and “encouraged Europe and the international community to respect this decision”.

Also, the Secretary of State for Asylum (also from the Flemish separatist party) invited Catalan separatists to take refuge in Belgium during an interview on TV 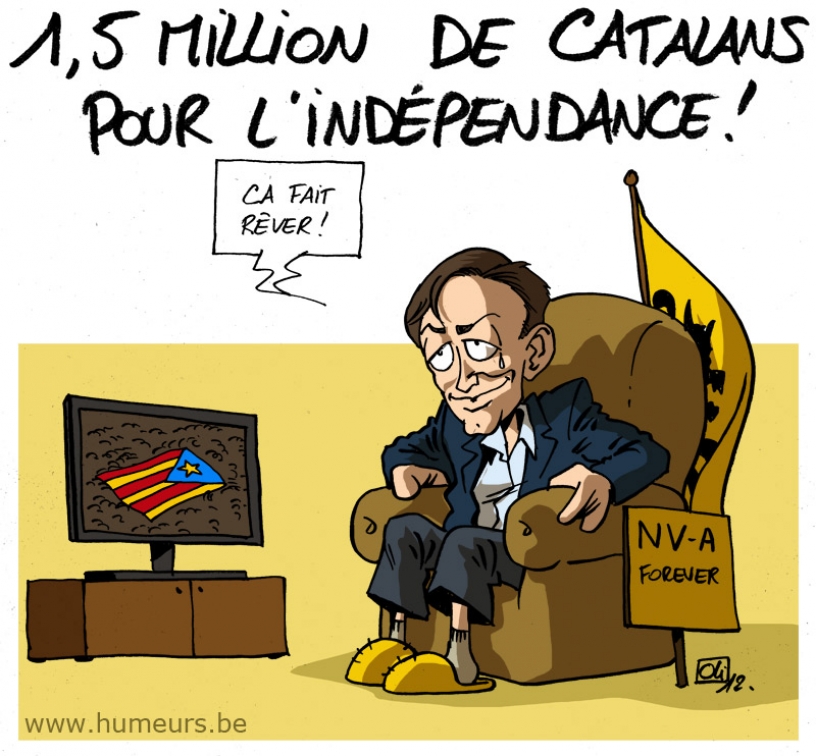