Why you should be eating Iberian ham?

Eat Iberian Ham. The best ham in the world.

Ready to learn about Iberian ham? It has a strong history and it can actually be good for you, so you can cast away that feeling of guilt and easily eat this without fear of gaining weight (unless you decide to eat an entire leg, of course). Side note: If you are vegetarian and reading this, we give out an apology if there is any offense taken and understand that there is harming of animals involved in the process of providing ham. Back on track, if you come to Barcelona and want to have the best experience, we Will help you to find an apartment for rent barcelona and thus have a place to eat all the ham you want. 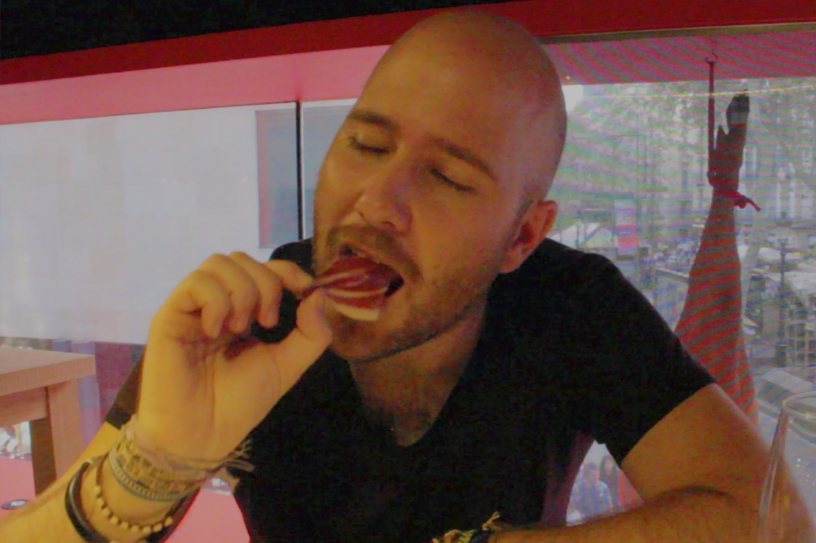 Let's start here. Food doesn't fatten you, you do. The aspect of gaining weight and getting fat are what people sometimes are most worried about, but when eaten normally (not like you've never eaten ham in your life or as I devour it in the video attached to this article) you will not do any harm to your figure.

This isn't something that has been written without first being informed properly and on the subject. Which we have to thank for the tremendous help from the great team at Jamón Experience. They also offer a restaurant with a variety of Catalan products, because they are dedicated to illustrate to both tourists and locals just how good the Iberian ham can be.

One thing they teach is that good ham must resemble the stripes of the American flag. It must have, among its red color, those white lines of fat in thin streaks. The pigs that these legs belonged to will have been born on a farm and raised to weigh up to 100 kg, they are released in meadows and fed at home. There their diet would consist primarily of acorns and farmers devote themselves to walk and to exercise with them the leg muscles. 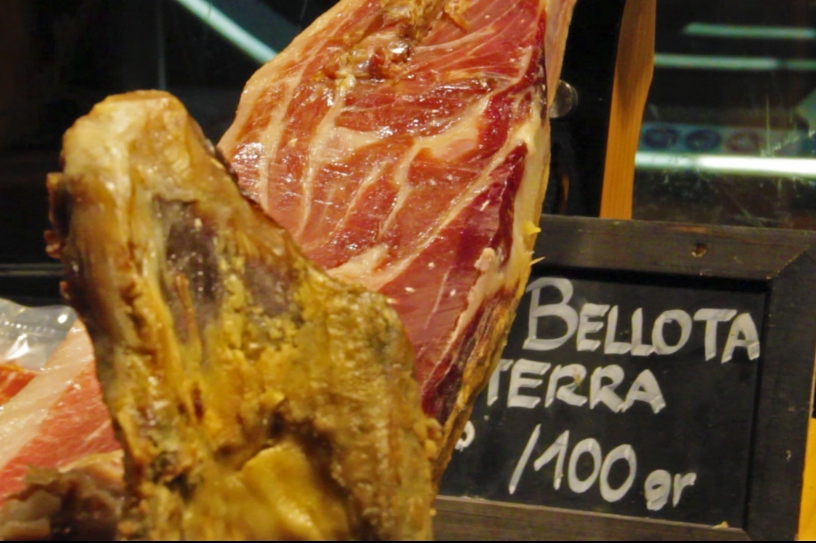 That's the funny part. It was said by the Spanish nutritionist Francisco Grande Corvia - first president of the Spanish Society of Nutrition - that the Iberian pig 'is an olive tree with legs'. What he meant was that this ham has a good index of oleic acid and that translates into improved regulation of our cholesterol levels. And this is very good for the heart. So... You should be eating Iberian ham!

Which came first, the ham or the pork?

When many people eat, they they do not see an animal, they just see food. Maybe that would clarify how they started eating pork legs this way, they saw walking food. Legend has it that many, many years, in a place in La Mancha whose name nobody knows, two shepherds found a pig drowned in a stream with high salt content. When these shepherds tried to dry roast it they realized how rich and salty the legs were... Tada! You know what came next.

Even if it was an unhappy story with a pig that drowned, we can be happy for all that came later. In fact, there are actually many more consistent theories that have been accepted as the true origin of Iberian ham. The main point though is it's result from the preservation of food used during Roman times or even before with the Iberians. In the absence of refrigerators, they had to keep food in good condition, so they salted it. Someone must realize how good it was with ham and clearly saw some business opportunities...

If you come to visit the capital of Catalonia, ​​we will help you to find the best central apartments in Barcelona. We offer apartments of different types, renovated and well furnished in all areas of Barcelona!

Ham was consumed almost exclusively in the upper parts of society. It reached such a level that for a while, coins were even minted with this piggy-based emblem. Even legions carried drawings of pigs and hams on their banners and shields.

Ham as an emblem on Roman coins and shields

Some time ago in Tarragona, in what was the once Tarraco, a fossilized ham from approximately 2000 years ago was found. This shows us that even then this product was consumed. It also makes us wonder what strange reason that was behind them leaving it without eating... Maybe it's proof of the first vegetarians?!

And to the question of why is ham usually kept and displayed hanging, well there's another little story. It's said that during the 15th Century persecution from the Inquisition of the Jews on the Iberian Peninsula, merchants hung ham legs from their roofs to show that they ate ham and therefore were Christians... The tradition sort of hung around, so to speak.

As mentioned, this has all been explained with the help of the Jamón Experience team in Barcelona. In the establishment they have on Las Ramblas, 88 in Barcelona, I had the opportunity to make a tour through this museum completely dedicated to ham accompanied by an expert guide who was answering everything asked alongside all the technology and audiovisual support. I was able to learn more about the 6 types of ham: Reserve, Iberian, and the four Iberian hams with Protected Geographical Indication (which means it's fake if it is not from that geographical area): Huelva, Guijuelo, Valley of the Pedroches and Extremadura. 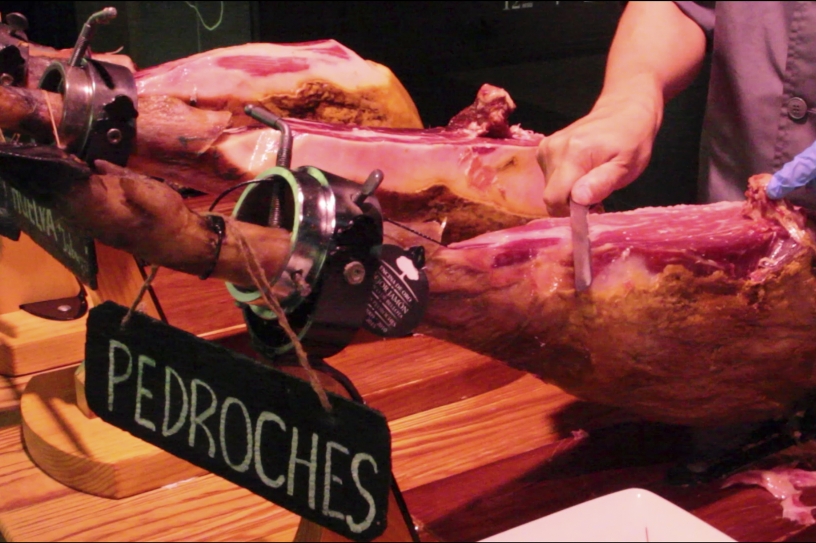 I learned things like pigs must weigh at least 150kg to be put to slaughter. Also, it must then be covered with salt, about as many days as there are kilos in the leg. This leg will then lose about half of its weight over about 3 years of curing in a good ham. When it starts to cure it needs to have around about 14 kg in weight.

There are different types of livestock standards when preparing ham and this is reflected in the product, though of course by the very nature of ham, all end with the slaughter. On the one hand there is the type that could be considered more 'mass production'. With this type the ham will be more mundane and standard as the ones we can find packed at any supermarket. On the other side there are the quality hams with a more artisanal production. Only the latter is found at Jamón Experience and those that are referred to in this article.

This other type is ham from free ranged pigs, who have grazed and run through the fields. Animals treated with care, whose life story has been looked at with a magnifying glass and have not lived crammed into small cages. The result is always that same, but for those not willing to give up on meat the improved lifestyle of the pig means the moral dilemma is less when compared to mass produced ham.

It has often occurred to me the idea of becoming a vegetarian and making the world a better place, it's true, but I think about ham and bacon, then that thought rushes away... If you find yourself in Barcelona one of those days, you can stop by at the Jamón Experience yourself. They promise quality ham and - I assure you - loads of smiles.

You can get a better idea about it with this video. ;)