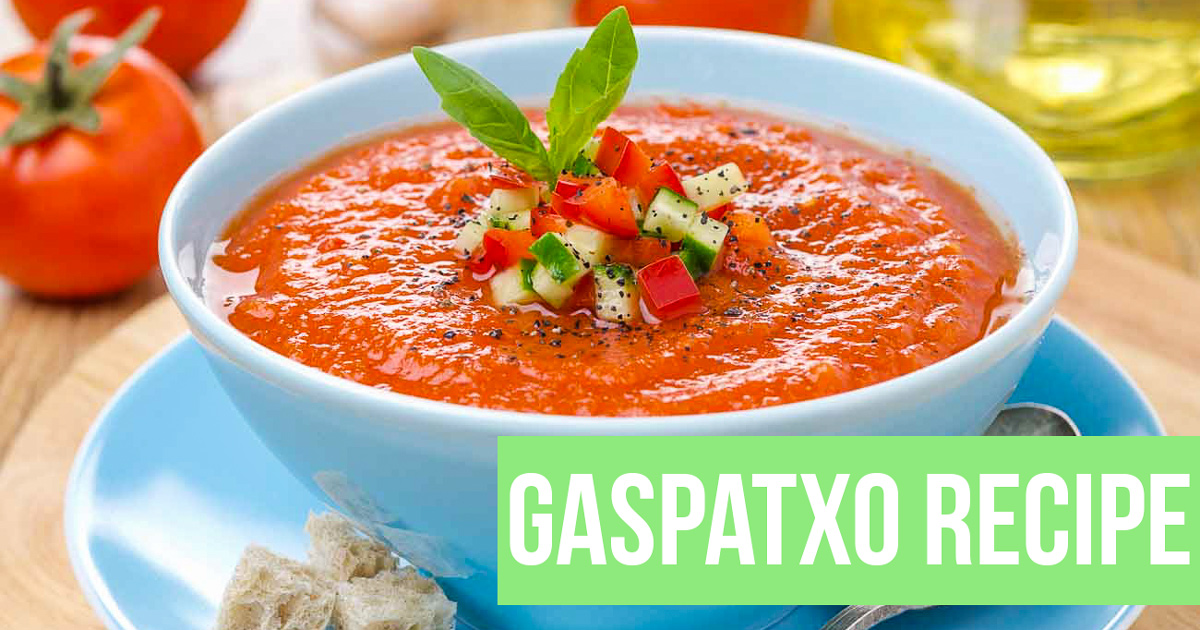 Everything about the Gazpacho!

In this article we explain the origin of Gazpacho, its Andalusian variants, and give you a good recipe with an accompanying video so you do not miss any details on the preparation. Rent one of our central apartments in Barcelona and enjoy it as if you were at home.

The Gazpacho is a cold soup that - alongside a nice cold beer - is the summer refreshment par excellence. In fact...

What do you think? It's good enough for the Andalusian peasants from four centuries before. So get Gazpacho'd!

A bit of history

Gazpacho is very old on the Iberian Peninsula, dating back to Roman times. It has undergone several changes throughout Spanish culinary history and has spread throughout the world as a Spanish national dish. While it is not proven, some authors suspects that it originated in Seville, capital of Andalusia.

In the historical description of gazpacho it is stressed that the original gazpacho ingredients used were bread, water, vinegar, oil and salt (tomatoes were not native to Europe). This gazpacho of humble origins owes its roots to the farmers and herdsmen in southern Spain. There, summer temperatures reach 45 degrees and workers need to rehydrate, replenish lost salts, and feed without having to undergo heavy digestion.

Today, the so-called Andalusian gazpacho is the most popular. Take note though, its evolution has left countless lesser-known local variants. Each Andalusian region offers its own variation on the recipe of this popular food, so there are many types and forms of gazpacho.

White gazpacho does not have tomato and is traditional in Eastern Andalusia (Malaga, Cordoba, and Granada). Red gazpacho with tomato is made in Western Andalusia. There is also green gazpacho from the Andalusian mountain ranges of Sierra Morena and Sierra de Huelva .

What makes the gazpacho a very famous dish is the fact that is easy to prepare, easy to store, and has many nutritional properties that make it very healthy. It is a natural source of vitamin C (mainly from peppers), vitamin A, vitamin E, vegetable fiber, antioxidants, and some minerals such as phosphorus, iron, calcium, magnesium, zinc, potassium, and sodium. Typically about 100 ml of gazpacho has between 44-55 Kcal. The use of gazpacho in diets is justified by its satiating effect. This characteristic has been proven in various studies on humans over centuries.

Gazpacho is used as a starter soup in most occasions. It can be served fresh as a drink or food with nice and comforting flavours.

Video on how to prepare Gazpacho Andaluz

Come on and prepare it - it's very easy! Want to know how to do it at home? Watch this video we have prepared for you.

"Women on the Verge of a Nervous Breakdown" is a Spanish film directed by Pedro Almodovar in 1988, where there's a detailed description of gazpacho. Here's the scene where the recipe appears:

Remember that to facilitate conservation for several days, gazpacho should be kept refrigerated in a sealed container to avoid contaminating its flavor and aroma with other foods, as it has a capacity to absorb other flavours and aromas. The best flavour is had within 24 hours of preparation, from when the flavours of the ingredients are freshly macerated.