How to celebrate Halloween in Barcelona 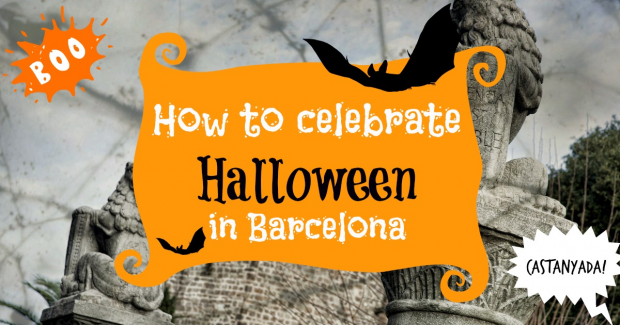 La Castanyada and Halloween — Two Cultures in One City

Do you like horror stories and costume parties? If you're spending Halloween in Barcelona, you'll see that the traditional celebration is quite different. However, the Catalan capital is still one of the best cities for this night. Here we show some of the best Halloween activities in Barcelona, from themed parties to horror film screenings. Also, we explain the history of the Castanyada (Chestnut Festival) that's celebrated by the locals instead, with succulent gastronomic recommendations. If you want to experience all of this and more, take a look at our selection of holiday rentals in Barcelona and have it all at hand.

Lovers of horror and terrifying costumes, don’t worry, there's everything here! In Barcelona there are also places that celebrate Halloween on the night of 31 December, combining the two cultures perfectly.

The Castanyada is a festival with Catholic origins celebrated every 1 November, known as All Saints’ Day. Today, it's more commonly celebrated on the night of 31 October. That's because these days, on 1 November people often go to cemeteries to visit their loved ones who have passed away.

Much like Halloween, Castanyada has origins related to the dead. Townsfolk helped the church bell-ringers carry out the task of ringing the bells all night on the 31 December to honour the deceased. To recover from the hard work, they would then eat high-calory and energetic foods such as sweet potatoes, castanyas (chestnuts) and traditional pine nut cakes called panellets. The drink to accompany the food is moscatell (Muscat).

These dishes became the basis of the Catanyada festival. The patisseries prepare delicious panellets of different flavours and you can find dozens of street vendors on the streets called Castanyeras, who sell freshly made chestnuts and sweet potatoes. 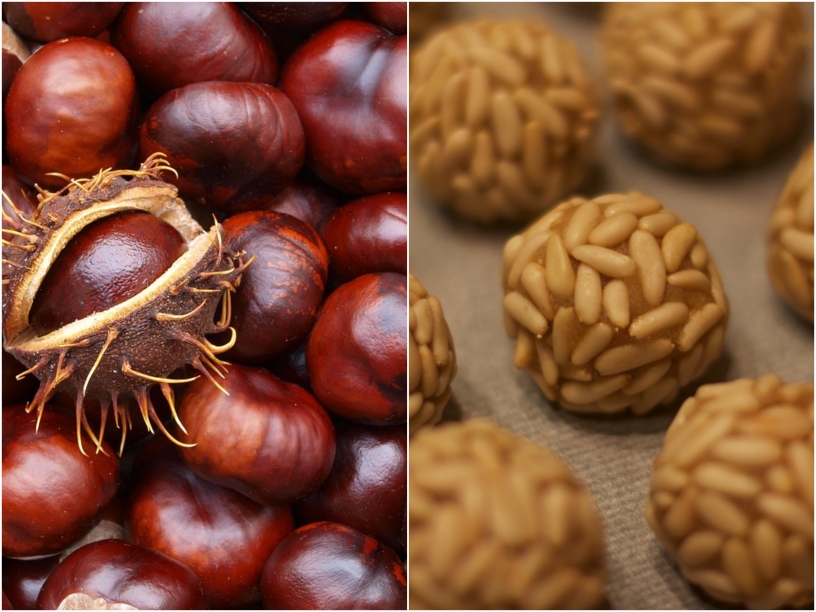 Even though today Halloween is a festival closely related to the United States, it’s origins come from Celtic Britain, where they worshipped the gods of nature. At that time, the night of the 31st was known as Samhain, which marked the beginning of winter and the start of dark part of the year. The Celts were weary of winter because days are shorter and cold, and nights are longer and dark. To them, this all related to death and evil spirits.

The Celts believed that the bodies of the aos sí (spirits and fairies) could easily come from the otherworld on the night of the 31st, so they lit grand bonfires to cleanse any negativity and protect themselves, while leaving offerings of food to appease the spirits. 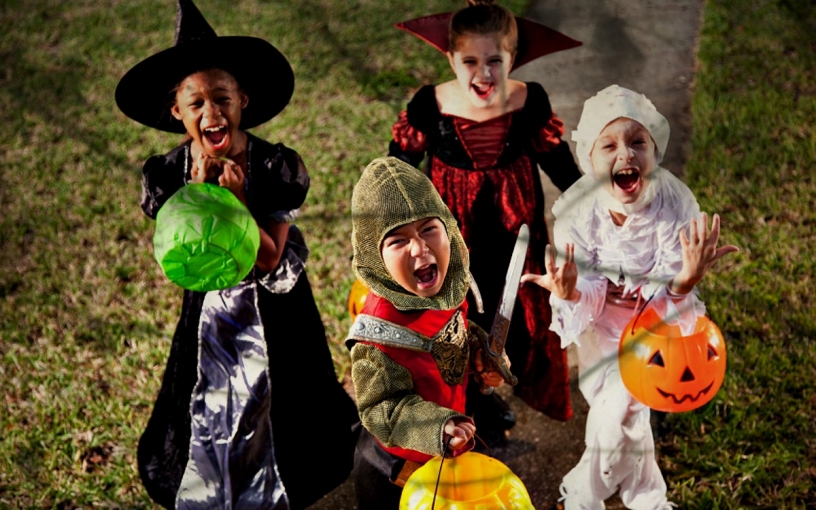 A thrilling night in Barcelona

Halloween of Pagan origin and the Castanyada of Catholic origin, are two festivals that can be combined perfectly and you can have the best of both: the magic and terrifying costumes from the Celts and the delicious food of the Castanyada and book on 1 November to visit the cemetery. Also, finish it all off, you can enjoy the Barcelona night!

Halloween of Pagan origin and the Castanyada of Catholic origin… but both can fuse perfectly to give you the best of both worlds. The magic and costumes from the Celts and the tasty food from the Castanyada. You might even keep 1 November in mind to visit a cemetery, though be careful to be very respectful of locals visiting their loved ones.

Whatever you do though, you're in for a great night in Barcelona!

1. Attend to the Barcelona Zombie Walk

More than 1000 people will wander in disguise of Zombies in the streets of Barcelona. Would you be there? Role plays, liters of fake blood, free drinks in a decorated Barcelona. The parade will be all way long from La Rambla to the Boulevard Club, so come and watch!

2.Live a unique experience with Horrorland

An abandoned power plant near Barcelona? A horror park? This is what offers Horrorland, located in Ubicado in Cercs (Berga), city of Barcelona. All the information on industry and industries is independent from the inside of the internal experiences, nothing is disclosed but the thrills are at the rendezvous!

There are many restaurants in the city that offer themed dinners for Halloween, like Enigmatium, a restaurant specialising in a dinner-show. As well as being one of the most original in the city, it is the only restaurant that doesn't tell you where it is. What’s that you read? You’ll have to guess the location of the site using the clues. Cool, isn’t it? Better start Googling then. Here on Halloween you will dine with fear as a participant in their interactive show.

Another fun restaurant, even if it's outside Barcelona, is La Posada Maldita (The Cursed Inn), found in Cerdanyola del Vallès. This strongly themed horror restaurant offers the public a different evening with satisfying homemade cooking and entertainment with scares, screams and laughs.  It's the perfect plan for a little excursion, especially for fun-loving couples and families. You only have to call 666 569 666 to make a reservation... What could possibly go wrong?

4. Dare to escape the Room Escape of fear

For some years, the concept of Room Escapes has materialised and the public love it. In a nutshell, a team is locked in a room and has an hour to get out. To do this, the participants solve riddles and find clues, For Halloween, we propose a special Room Escape, which will pose an authentic scenario of puzzles and terror at Jigsaw

Discover what happened to get out of there. We especially recommend this room escape. Here you can take a look at their website, you will not be disappointed.

In this video they invite you to the party. Will you accept the invitation?

5. A costume night in the best clubs of the city

The majority of clubs offer special nights out during the week of All Saints’, especially on 31 October. You'll have the opportunity to dress in your best costumes (or most horrible) and give it everything on the dance floor at the best clubs in Barcelona.

Razzmatazz, for example, offers the Razzlloween party where you'll discover famous DJs while celebrating Halloween. Entry costs €17 with a drink included in the price.

Pachá, another well-known club in Barcelona located on the beach front, offers a 100% Halloween party in which you are invited to come dressed-up. Entry before 2AM will cost you €15 with a drink included in the price.

Many other popular clubs in the Catalan capital offer parties on 31 October, such as Shôko, Opium, Catwalk, Sala Apolo… You have many options, so don’t stay at home. ;) 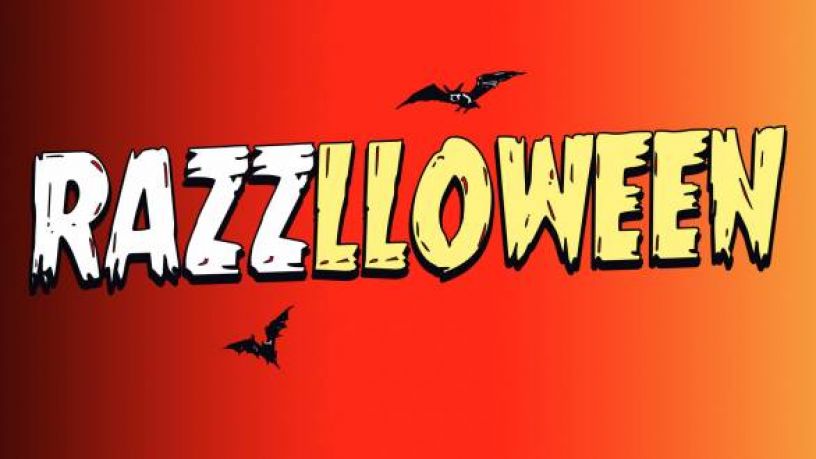 Halloween at Port Aventura is already a classic that you cannot miss. If you love theme parks and want to have a fantastic time with friends or family, then you can make an escape to Tarragona where you'll find Port Aventura. If you ride Shambhala, which in itself is scary enough, imagine how it will be with zombies causing terror when you get off the rollercoaster? Terrifying landscapes in a backdrop of fear, with horrific shows and fantastic attractions! 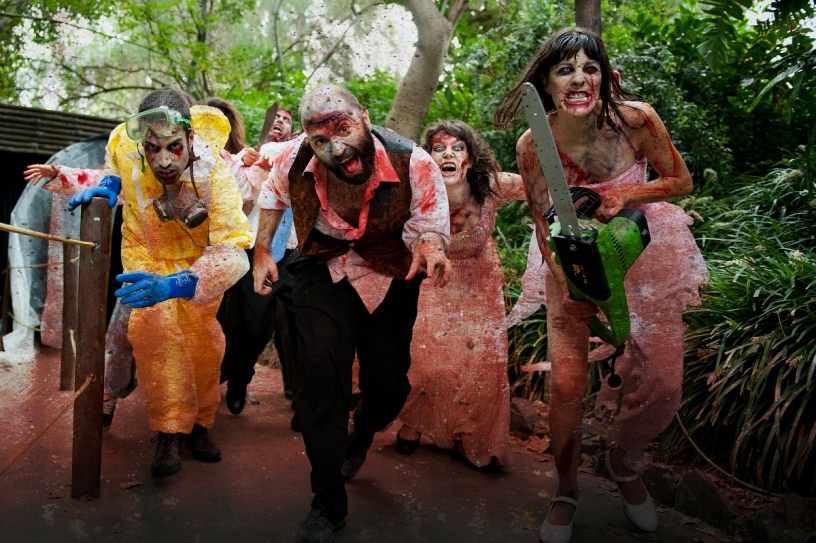 7. Staying at home can also be terrifying

For those who work or don’t have the courage to face the demons and witches on the streets of Barcelona, here is a list of three Spanish horror films for a Halloween party at home alone or with friends.

A true gem of Spanish cinema. This film from 2007 by Jaume Balagueró and Paco Plaza follows the Blair-witch Project technique that places the viewer at the centre of the action via first-person filming. It gives the viewer the impression that it’s a real documentary that exalts reality. The two directors have made an extraordinary horror film that has been awarded at the Sitges International Film Festival and Goya Awards.

The film shows a Spanish journalist reporting in a fire station in Barcelona, talking about about the night. Then, in the middle of the night, they head to the building where screams of women have alerted residents. Next, everything accelerates and the journalist ends up being confined in a building in quarantine with someone or something very hungry hanging around…

This film will make your blood go cold, directed by Juan Antonio Bayona. It's based on a true story.

Far from the scenes of bloody crimes, this film takes place in an old orphanage that emits an atmosphere worthy of a haunted house. While Laura comes to rehabilitate the old building to reopen it, her son sees things that he shouldn’t, including the ghost of a small boy. Although nobody listens to him, panic breaks out when the child disappears.

The Orphanage was presented in 2007 at the Cannes Festival and then at the Fantastic’arts Festival in 2008, where it won the Grand Prix.

Along the same lines as before, this film is not scary due to bloody massacres. It’s more the atmosphere that will send shivers down your spine.

This film is directed by Guillermo del Toro and takes place during the Spanish Civil War in a Catholic institution for orphans. Carlos — a 12 year old boy who has just arrived at the orphanage and faces the hostility of his new classmates — discovers that strange things are happening and that, sometimes, not all ghosts are evil.

It was launched in 2001, winning awards at the Amsterdam Fantastic Film Festival and MTV Movie Awards.