How to identify, avoid and report apartment scams

Tourism in Barcelona has attracted a lot of activity for renting short-term holiday apartments and long-term monthly rentals. An apartment that's rented for under 32 nights has to have a special tourist licence. There's a certain lack of control on many the well known international apartment rental platforms between the owners and users of these sites. The problem is that these businesses exert no control locally (via a physical office in the places they rent) or legally over owners that announce their properties. For this reason it can be hard to confide in platforms like Milanuncios, Niumba and to some extent Airbnb as well many others that aren't local agencies.

Our aim at OK Apartment Barcelona is to provide you with a completely secure, personal and easy to use service, but we'd also like to help people to avoid apartment scams, regardless of whether they choose to book with us in the end. In this article we show you the different kinds of scams that exist — like illegal rentals, phishing and scammers posing as landlords. You'll find advice on how to detect and avoid scams as well as how to safely report any scam to the relevant authorities in Barcelona.

How do apartment scams work?

Be careful with the kinds of data you give away online

Main advice to avoid scams: Always keep in mind that scammers aren't stupid and try to cover all the details. They know how to play to emotion and the amount of effort it requires to find an apartment, especially in cities like Barcelona. The best way to avoid getting scammed is by having some healthy cynicism and don't get overexcited when dealing with any person offering something as big and important as an apartment, nor fall into sap-stories about some sort of tragic event.

Technically it's not a scam that affects you financially if you pay for an apartment and you get just that. However, if you thought you were staying legally that could be a different story; if you were to get kicked out during your stay it's unlikely you'd get refunded. Businesses like Airbnb and Wimdu, for instance, have a significant number of illegal short-term apartments.

The problem is that they have a hands-off policy when it comes to verifying if the apartments that owners list are legally allowed to be let in this way. There is a registry in Barcelona with a list of apartments that have a HUTB number (Habitatge d'Ús Turístic de Barcelona / Housing for Use by Tourists Barcelona). For an apartment to be valid for use under 32 nights per stay, it's legally obligated to have this number appear in the advert.

After years of resisting this, recently Airbnb has announced that it would allow the city council to "notify it of illegal tourist lodgings" and it would act on them. However, this won't stop illegal apartments being listed in the first place — a check that should happen before allowing the apartment advert to be published to begin with. It remains to be seen what becomes of this.

Another form of illegal rental is subletting without permission. This occurs with you rent an apartment from the tenant instead of the actual owner, and that tenant does not have the permission/legal rights to rent it. This activity is usually carried out by mafias in a bid to make quick money, and you can see a real-world example that happened in Barcelona on one of the aforementioned platforms.

2. Phishing — Your personal details are worth money

Careful where you send your card info

Phishing means to fish for personal information, usually in a bid to get money or commit fraud as a person. In its main form, phishing consists of replicating the appearance of a well-known website in order to get you to think you are reserving an apartment, when in fact you're just passing them your sensitive personal information through the fake booking form. It's not only illegal to steal someone's personal information in this way, it's also very illegal to fake the identity of a business. The password you use to "sign up" to this fake website could also be used if you also use it on other website such as Gmail, Amazon or eBay.

It doesn't necessarily have to be a website that tries to take your personal information. Anyone could pretend they have an apartment to rent, via facebook or email, and ask for you to send them details to make a payment. Unless you really trust that person, never send them your personal information. You should you be wary of giving any information, not just credit card details. Just an email address could profit a Phisher, who may be trying to amass a list of hundreds or thousands of emails so that they can sell them to spammers. Seemingly basic information such as your date of birth, name of your pet or area you were born in could potentially be used to access an account your have on another website, maybe even your bank account.

If you're not careful, they'll take everything

Upon typing the words "apartments for rent in Barcelona" in your favourite search engine, you can find all sorts of offers, many of them legitimate. In some pages however, whether you know it or not you'll find an apartment advert listed under a false name, for an apartment that doesn't exist or that the person doesn't own. That's how it starts.

The advert appears normal, with photos of the interior and exterior, but they've simply taken those from another advert elsewhere. The first warning sign is if the price of the apartment is unusually low. That's not to say that instantly means it's fake, but one indicator is that "if something is too good to be true, then it probably is".

A scammer will want you to send them the deposit in advance by wire transfer or another method, without any guarantees or agency. An unsuspecting intermediary bank account is normally used that the scammer has access to, but can't be traced to them. The scammer may sometimes use their own bank account situated in a foreign country with the excuse that they are not based in Spain or not in the city, or something along those lines.

How to report a scam to Barcelona's authorities 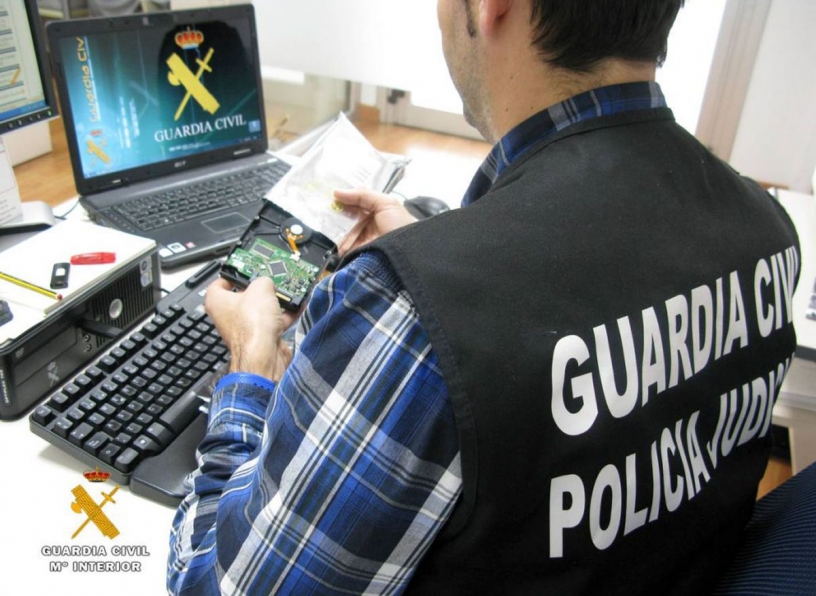 If you've identified an apartment scam, try to gather as much information as possible on the person behind the scam. Most of what they've told you has probably been fake, but there might be some grains of truth in there. Keep your correspondences, such as email and messages. Take screenshots of any advert or facebook posts they may have made, or anything that could later be deleted.